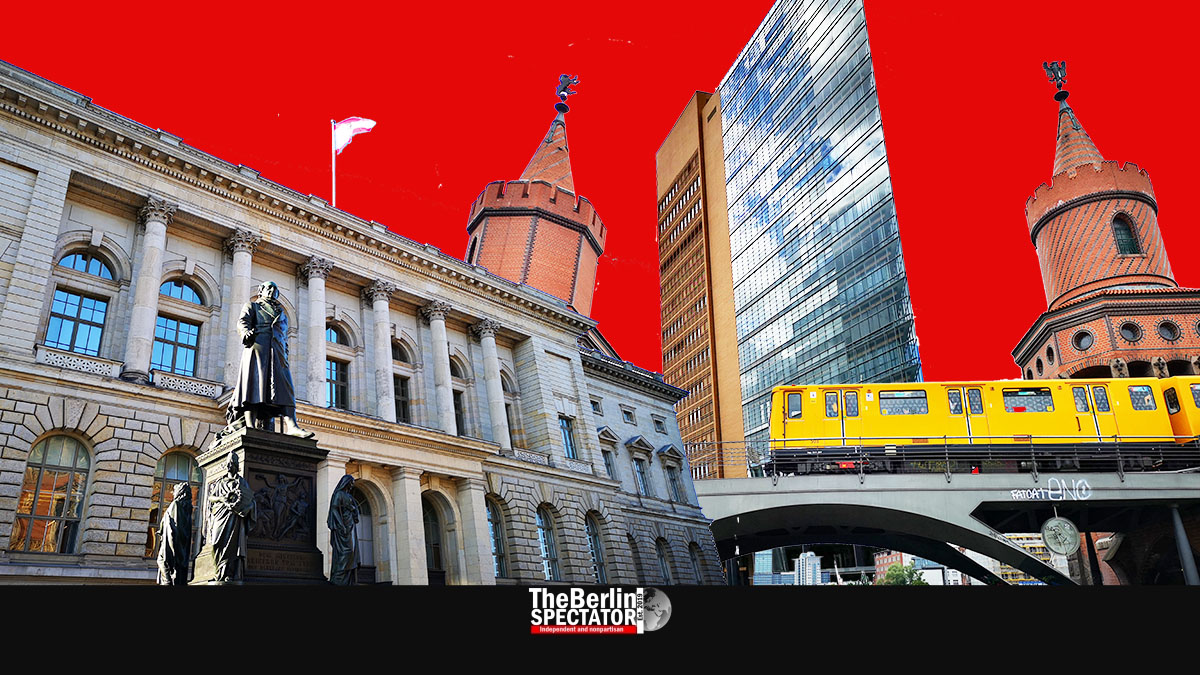 While Germany keeps on naming high risk countries people should not travel to, it is becoming one itself. The Corona situation seems to be getting out of control, especially in Berlin. And the latest nationwide discussion is about accommodation bans.

Berlin, October 8th, 2020 (The Berlin Spectator) — Germany had not seen 4,000 new Corona infections per day since April, until today. On Wednesday morning, 307,127 cases were registered. Right now, on Thursday morning, there are 311,137. The difference is 4,010. Just like some neighboring countries, Germany is trying hard to keep the numbers down, but is obviously losing the fight. And the cold season has only just begun.

There are now restrictions for Germans in Germany. Some federal states decided to impose accommodation bans on residents from high risk areas within Germany. This means that, in some states, people from a city, county or district with Seven Day Incidence Numbers that exceed 50 may not stay at hotels anymore.

The ‘Bild’ daily reported, there was a general agreement between the Chancellery in Berlin and most federal states on a nationwide rule of this kind. Some city states and provinces do not agree though. For instance, Berlin does not want residents from some of its districts to be limited regarding their freedom of movement, meaning it wants Berlin to be treated as the one city it is.

Dissent in Some States

North Rhine-Westphalia and Thuringia do not want to be part of that agreement either. Bavaria’s Markus Söder had been the first Minister to announce an accommodation ban for residents from high risk areas at hotels in his state. Lower Saxony and Bremen intend to look into their options more before they agree to anything.

Mecklenburg-Hither Pomerania, on the other hand, insists on stricter rules. This federal state has had low Corona numbers all along, in comparison, and may want to keep more people out that just residents from high risk counties. Schleswig-Holstein and Rhineland-Palatinate already had travel bans for the latter. They were the ones that started the discussion.

Critics say Germany had so many high risk areas by now that accommodation bans did not make much sense. So far, the city state of Bremen is a high risk area because its Seven Day Incidence Number exceeds 50. The same applies to Vechta, a county in Lower Saxony, Esslingen in Baden-Württemberg, as well as Remscheid and Hamm in North Rhine-Westphalia.

In Berlin, the situation is more alarming than it already was 24 hours ago. The Incidence Number stands at 47.2. At 35, the alarm bells start ringing. Values of 50 or more require action on the part of the Senate. The latter had already tightened the Corona rules for the German capital on Tuesday.

Scary is the right word for what is going on in Berlin. In the German capital’s Neukölln district, the Incidence number, which should be below 35, now stands at 95.5. In Mitte, the number is above 70, in Tempelhof-Schöneberg above 65. Friedrichshain-Kreuzberg and Charlottenburg-Wilmersdorf stand between 50 and 60.

Four more Berlin districts, namely Steglitz-Zehlerndorf, Reinickendorf, Spandau and Treptow-Köpenick are above thirty, which is already a critical range. Berlin seems to be losing control of the situation.

While dealing with its own severe Corona problems, Germany is in the process of declaring more countries and regions abroad high risk areas. With the exception of the Zeeland province, the Netherlands are a high risk country now, from the German perspective. So are Romania, Georgia, Jordan and Tunisia as well as regions in Bulgaria, Croatia, Hungary, Lithuania, Slovenia and Slovakia.

On Thursday morning, Health Minister Jens Spahn said he was worried about the situation. Losing control needed to be avoided. Spahn stated, adhering to the hygiene rules was now more important than ever. The pandemic was a “character test for this society”. Professor Lothar Wieler, the head of the Robert Koch Institute, conceded he was worried as well. According to him, more young people are infected, and the number of Corona patients who need to be treated at hospitals is increasing.