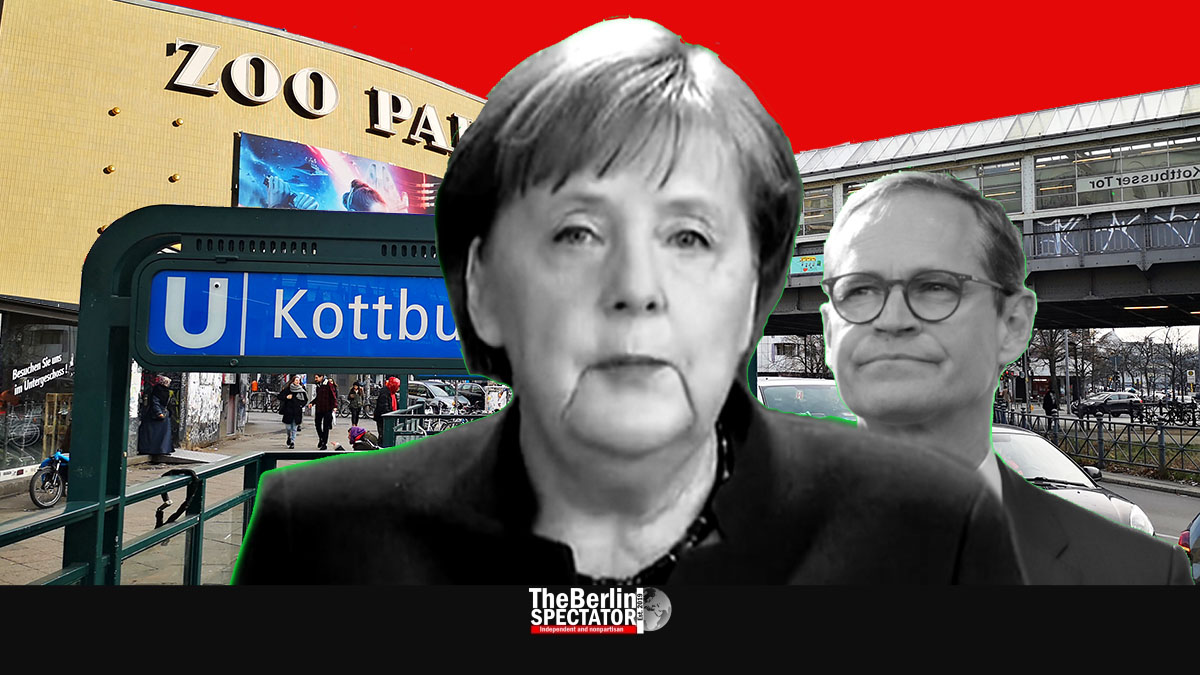 For the first time since the Corona pandemic commenced in January, Chancellor Merkel has invited the Mayors of eleven cities to participate in a phone conference. The only item on the agenda is the spread of the Coronavirus.

Berlin, October 9th, 2020 (The Berlin Spectator) — Later today, Germany’s Chancellor Angela Merkel will discuss the alarming Corona numbers with the First Mayors of ten cities and Berlin’s Governing Mayor Michael Müller. The other cities are Bremen, Cologne, Dortmund, Düsseldorf, Essen, Frankfurt (Main), Leipzig, Munich and Stuttgart. In many of these place, the numbers are rising.

The worst situation of them all was reported in Berlin, where the Seven Day Incidence Number that shows how many new infections there are per 100,000 inhabitants in seven days, exceeded the threshold of 50 on Thursday. It hit 52.8. Values above 50 are considered alarming and require action.

Four Berlin districts are way above 50. They are Neukölln (114.3), Mitte (76.3), Tempelhof-Schöneberg (72.4) and Friedrichshain-Kreuzberg (68.9). The incidence numbers in six more districts are between 30 and 50, while the numbers in the last two boroughs are increasing too.

On Thursday, Governing Mayor Müller said he was very worried about the development. At the same time the numbers showed that the recent decision about tightening the anti-Corona measures had been right. Müller stated more restrictions could not be ruled out, but a lockdown of the kind Berlin had seen in spring needed to be avoided. He said the issue of rising infection numbers affected big cities all over Germany.

In Hamburg, First Mayor Peter Teschentscher said the pandemic would be “settled” in the large cities. With 1.9 million residents, Hamburg is the second-largest city in Germany, behind Berlin, which is twice as large. For the first time since April, the Seven Day Incidence Number there just exceeded 35. This means that tighter rules were automatically triggered.

At soccer stadiums, the maximum number of people in the audience is now 1,000. Starting on Monday, a mandatory mask rule will be put in place in all of Hamburg’s restaurants, pubs and shops. It will include the staff as well. Hamburg’s City Hall will probably tighten its Corona rules regarding private parties as well.

In Bavaria, the federal state’s Health Minister Melanie Huml said she was worried about the Corona numbers. In Rosenheim, the Incidence Number hit 66. In Germany, the overall number of Corona infections increased by 4,399 to 315,536 within the past 24 hours.

Angela Merkel and the Mayors want to prevent a new round of ‘exponential growth’ from happening, meaning a doubling of the Corona numbers in intervals which become shorter and shorter. This is what happened in March and April.