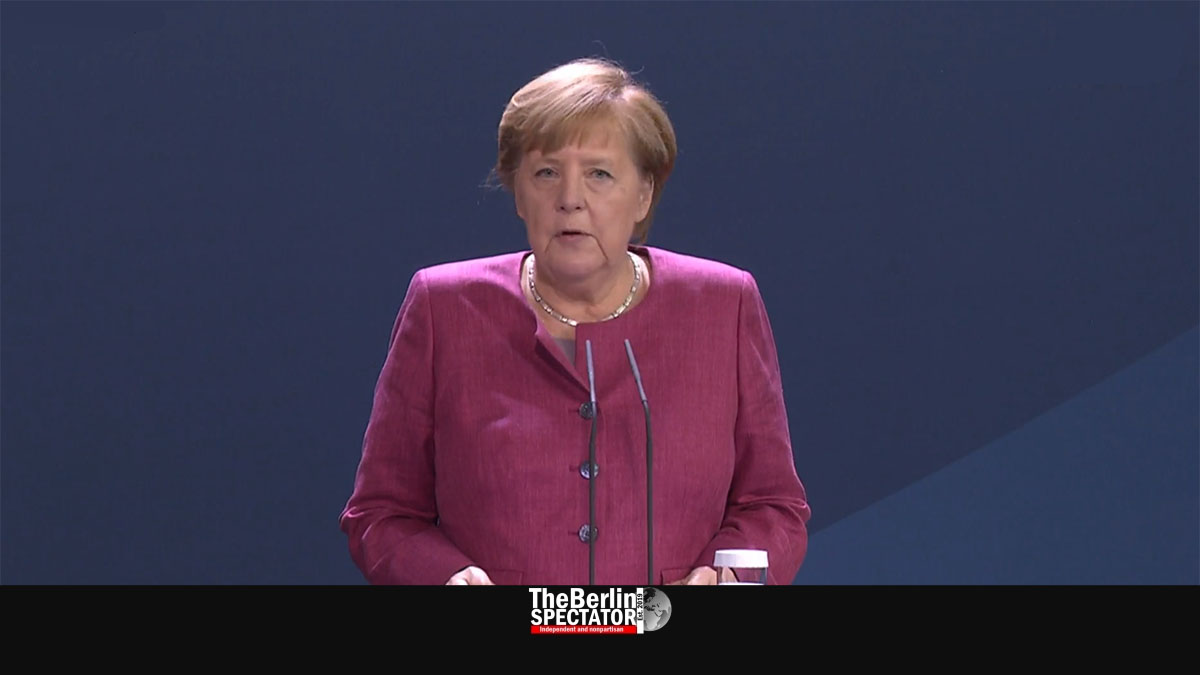 After a phone conference with the Mayors of eleven German cities, Chancellor Angela Merkel addressed the press in Berlin on Friday. She said Germany needed to take the right steps now.

Berlin, October 9th, 2020 (The Berlin Spectator) — Ways to curb the Corona pandemic was the subject Mrs. Merkel discussed with the Mayors of Berlin, Bremen, Cologne, Dortmund, Düsseldorf, Essen, Frankfurt (Main), Leipzig, Munich and Stuttgart. She said they had agreed that measures needed to be taken once the Seven Day Incidence Number reached 35, and that additional restrictions were necessary once it hit 50 in any city.

Summer vs. the Cold Season

The main point was to make sure finding persons that had been in touch with infected individuals was still possible. Only following the hygiene rules and contact restrictions could make sure this was the case, the Chancellor explained. She thanked the Bundeswehr, Germany’s armed forces, for helping local health authorities with the task of tracking down contact persons. Germany’s large cities were the locations that would determine whether the country could keep the Corona pandemic under control or not, Mrs. Merkel said.

In cities, millions of residents were close to each other. People from the countryside often came to the cities in order to be entertained, Merkel stated. In summer, things had worked out more or less. Now, this was not the case anymore. Angela Merkel was referring to the extreme increase of Corona infections in places like Berlin.

At some locations, the point of losing control had almost been reached, the German head of government explained. What this meant could be seen in some neighboring countries. “I do not want Germany to go through anything like this”, Angela Merkel stressed.

She sounded more optimistic when she stated that the cities’ decision to take counter measures was encouraging. At the same time the Chancellor conceded that restrictions at weddings and other private events reached far into people’s sphere of privacy. But there were priorities.

The economy needed to work, Merkel said. Education was another big priority. Schools needed to be able to remain open. She asked younger Germans to think about their priorities. “What about your family’s health?”, she asked. It was obviously a rhetorical question.

Everything would return, Merkel said, including the fun and the partying. But now, attentiveness and solidarity were important.