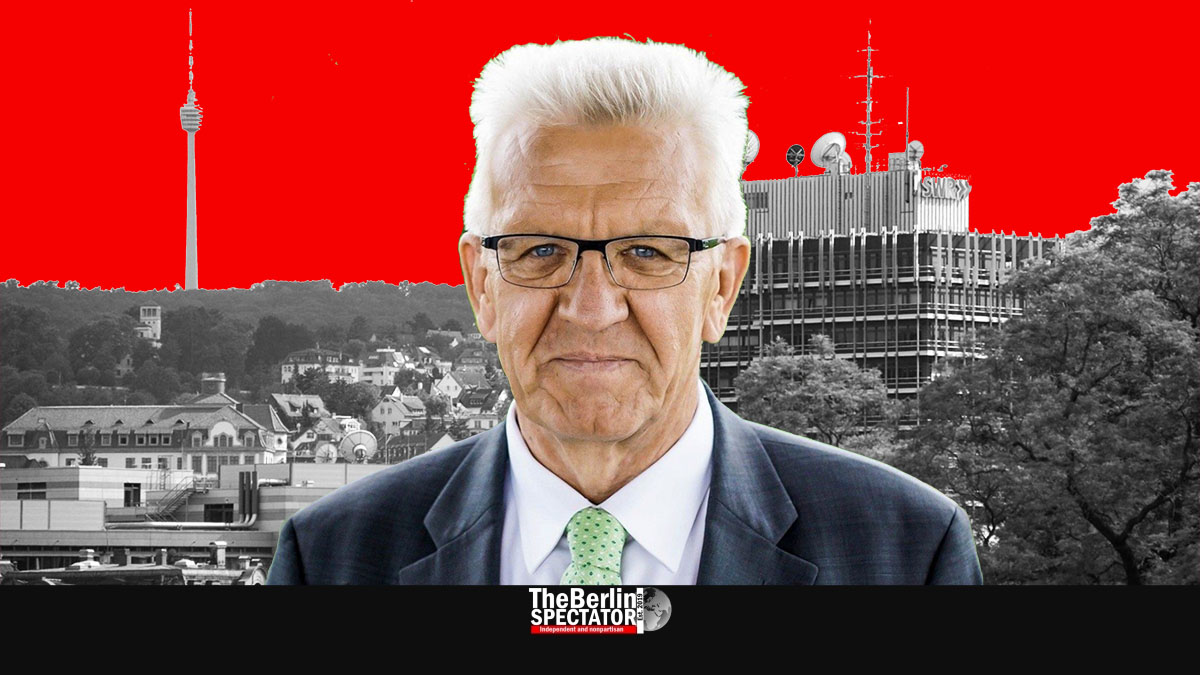 Berlin, October 11th, 2020 (The Berlin Spectator) — Berlin is the most worrisome Corona hotspot in Germany, but more cities are reporting critical levels. Stuttgart is the latest city to exceed a Seven Day Incidence Number of 50, which means that, per 100,000 inhabitants, more than 50 got infected within the past week. The same had recently happened in Berlin, Bremen and Frankfurt.

Solidarity with the Old

In Stuttgart, Baden-Württemberg’s First Minister Winfried Kretschmann told the ‘Bild am Sonntag’ daily, he expected people to show a sense of responsibility. “These days, people do not have to celebrate at home or at pubs.” Kretschmann had good reasons for his statement, because of the situation in Stuttgart and in the neighboring county of Esslingen, where the Incidence Number had reached 50 a few days ago.

Stuttgart is in the process of preparing a curfew, alcohol bans and a mandatory mask rule in the city center. Also, residents will be encouraged to work from home, the municipality said. Schools are supposed to let its grades begin classes at different times in order to make sure not that many students enter school buildings at the same time.

In Hamburg, the numbers are not quite as alarming as in the cities mentioned above. The city state in the north-west of Germany had reported an Incidence Number just above 35 two days ago. First Mayor Peter Tschentscher and his Senators want to try to get the level down before it hits 50.

Masks at the Port

Hamburg’s Social Affairs Senator Melanie Leonhard announced, a mandatory mask rule would be put in place on Monday. In all public buildings, restaurants and pubs, masks would have to be worn. The same applied to crowded public spaces outdoors, such as the red light and culture district around Reeperbahn, Landungsbrücken, which is a highly frequented spot at the port, and locations around the Binnenalster lake in the city center.

Some parts of Berlin are already off the scale, what the Seven Day Incidence Numbers are concerned. Because of the alarming situation, a curfew and alcohol bans are in place from 11:00 p.m. to 6:00 a.m.. In spite of the rule, several businesses kept on selling loads of alcohol to many party people, according to witnesses. Police had to close several pubs and convenience stores.

In neighboring Brandenburg, Oder-Spree county reported elevated Corona numbers as well. Additional restrictions will be kicking in today. The mandatory mask rule was tightened and the number of people who are allowed to take part in private parties at home is now limited to 25, or to 50 in public locations.

In interviews with several German media, Bavaria’s First Minister Markus Söder demanded fines in the amount of 250 Euro (296 U.S. Dollars or 227 Pounds Sterling) for violations of the anti-Corona rules in the entire country. This is the amount the Bavarian police already charge.

Söder told the ‘Frankfurter Allgemeine Zeitung’, the situation was dangerous. Measures for everyone were necessary. If the course was not changed quickly, Germany would soon have exploding numbers like France or Spain.

Top 10: The Worst Jobs in Berlin

Top 10 Double Pack: The Best and Weirdest Aspects About Germany