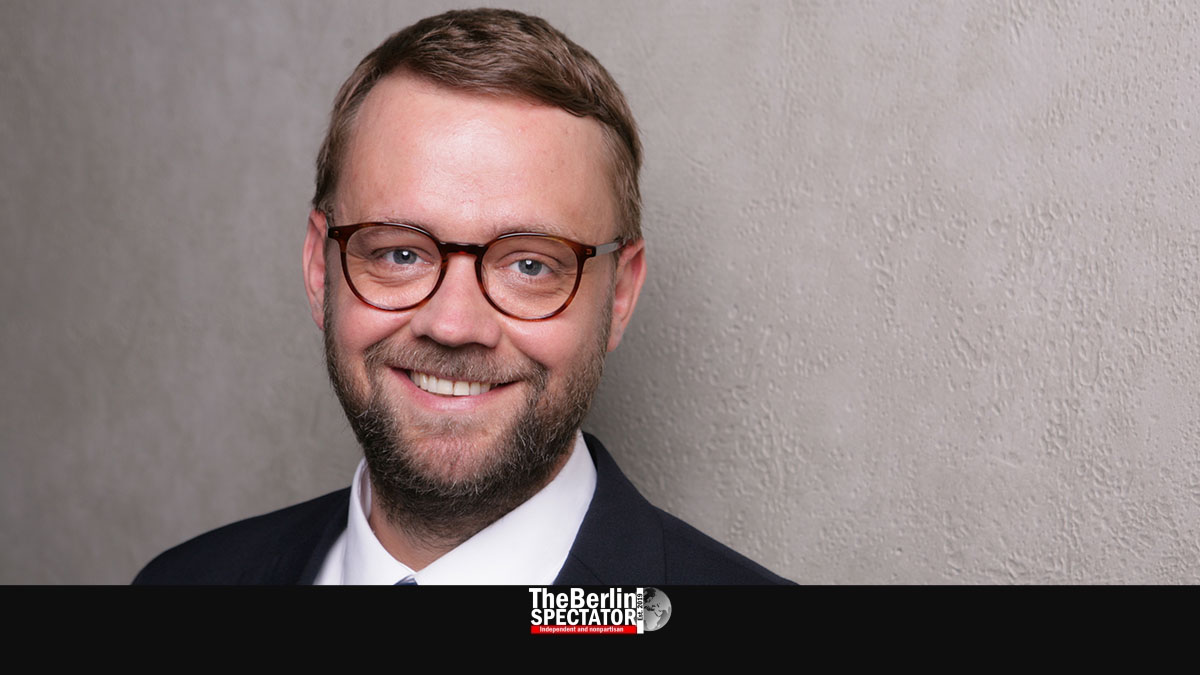 In Berlin, the American Jewish Committee (AJC) published a study with an alarming outcome: Germany is collaborating with an anti-democratic and antisemitic organization in Hamburg. The AJC’s Remko Leemhuis demanded an end to the liaison.

Berlin, October 12th, 2020 (The Berlin Spectator) — There seems to be a pattern: Not only is Berlin funding Palestinian NGOs undermined by the terror organization PFLP, but also partnering with the ‘Islamic Center Hamburg’ (IZH), which is part of radical Shiite networks in this country. The latter issue is the outcome of a study conducted by Professor Susanne Schröter for the American Jewish Committee’s (AJC) Berlin division.

Susanne Schröter is the Director of the ‘Research Center Global Islam’ at Frankfurt’s Goethe University. What she found out is concerning, to say the least. In the study, she deals with “legalist Islamists” who are hiding behind organizations that might look harmless at first glance, but are actually dangerous.

The organizations the AJC’s study was focusing on were at least as dangerous as Sunnite terror groups such as Al Qaida, Boko Haram and the Islamic State, Professor Schröter said. According to the AJC, this is about Islamists whose demeanor seems to be “reputable and forthcoming” but who actually represent a danger to democracy.

The study uses the ‘Islamic Center Hamburg’ as an example, and shows what kind of danger it poses. Professor Schröter believes the ‘Center’ has an anti-democratic agenda and propagates a “firm antisemitic ideology”. On top of it all, it is being steered by the Teheran regime. In spite of these aspects, the ‘Islamic Center Hamburg’ was a partner of “the [German] state, the churches as well as universities.”

It gets worse: The study says the IZH was “the pivotal protagonist of Shiite Islamism in Germany and the European Union, for supporters of the Iranian regime in Europe”. Even Germany’s Federal Office for the Protection of the Constitution says the IZH is “the most important representation of Iran in Europe’.

None other than the Leader of the Revolution in Teheran appoints the IZH’s chairman. And there is yet another obscure function the ‘Islamic Center Hamburg’ has: It is the center for supporters of the terror organization Hezbollah in Hamburg. No wonder the IZH is trying to keep a sort of low profile, now that Germany finally banned Hezbollah in April.

Apparently, all of the above does not stop Germany, and in particular the city state of Hamburg, to cooperate with the IZH on several levels. For the American Jewish Committee in Berlin, its Director Remko Leemhuis (see photo at top of page) said Germany’s institutions should not cooperate with representatives of a regime that called for the murder of Jews on a regular basis and that was not based on Germany’s constitution.

‘Not the Right Partners’

“Iranian Islamists are not the right partners for democratic parties”, Dr. Leemhuis stated. Hamburg needed to cease the dialogue with those Islamists and look into banning the organization. At least some of its members are part of the ‘Al Quds March’ in Berlin on a regular basis. The ‘March’ is purely antisemitic. Its participants call for the conquest of Jerusalem by Muslims and an annihilation of Israel.

Furthermore, other organizations like the ‘Islamic Community of Shiite Congregations in Germany’ (IGS), which critics accuse of extremist positions as well, are being influenced by the IZH. The AJC’s study says, in spite of the overwhelming evidence according to which the IGS depends on Teheran, it had managed to make contacts in German politics and to wield influence within the Social Democratic Party (SPD) and its foundation ‘Friedrich Ebert Stiftung”.

The AJC’s study (in German) can be accessed here.