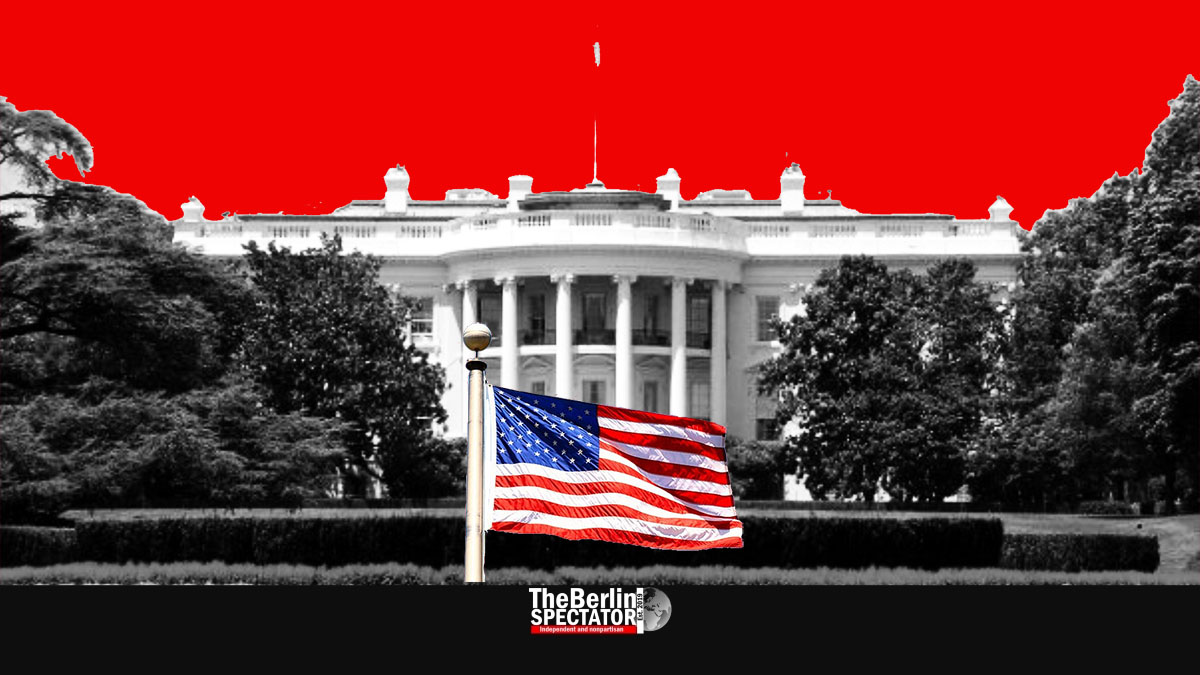 The German Foreign Ministry is warning its citizens against traveling to the United States of America. If this was about Corona only, it would not be unusual these days, but Berlin is also mentioning the political situation.

Berlin, October 13th, 2020 (The Berlin Spectator) — If Berlin was warning German nationals against traveling to some banana republic or a country ruled by a mean dictatorship, like Belarus, North Korea or Syria, it would not be surprising if the word ‘instability’ was included. But this particular travel warning the Foreign Ministry sent out today is about the United States of America.

Generally, Berlin is warning against “unnecessary, touristic trips” to the U.S. because of Corona and restrictions in international air travel. This has been the case since March. The Germans also mention the entry restrictions for people who have been in Germany or other Schengen states within 14 days before their trip to America. They cite exceptions which were “not too specific” and mention the fact that the two international borders the U.S. have are “broadly closed”.

Germany’s Foreign Ministry also brings up the wildfires in California and Oregon that had “spread rapidly because of strong winds” as another danger in the United States. The authors list countless counties, from Mendocino to Amador, and report ashfall in the San Francisco Bay Area. Here, German travelers are being advised to follow the instructions by the local authorities.

The surprise part starts kicking in further down in the travel warning for Germans who intend to go to the U.S.. First of all, the protests against police violence and racism in the police are being listed as dangers in America. It says the situation had calmed down in this regard, to a large extent. The National Guard had been pulled out and the curfews had been repealed. At the same time, the German government says the “general situation” in the U.S. was “unstable”.

Hidden further down in the same paragraph, the upcoming November Presidential elections are listed as another aspect that might lead to instability. In this context, travelers in the U.S.A., and those who intend to cross the Atlantic Ocean, are being told to avoid protests and crowds. This is the part which does not really sound like a travel warning for the United States, but rather one for Sierra Leone or the Palestinian territories.

The Germans become more specific a few paragraphs further down. Below a short chapter about the dangers of terrorism, Berlin says there were numerous “political demonstrations” in the entire United States. The Ministry believes there is an “elevated danger of politically motivated violence”. It says that around November 3rd, the District of Columbia as well as the capitals of certain states could be “the scene of protests of this kind”.

What this seems to be saying, between the lines, is that Berlin is worried about violence shortly before and after these elections, ahead of which the President has said he might not leave the White House in case the loses. The fact that he has not done anything to bring a split country together might play a role here as well.

This might be an interpretation, but years ago, when George Bush Junior and Al Gore were the candidates, and when the chads issue surfaced in Florida, there was no talk of this kind in travel warnings. The same applied when Bill Clinton and Barack Obama won, and when Donald Trump won the 2016 elections.

As if all of the above was not more than enough already, making alcohol available to people younger than 21 is included on the list of dangers in the travel warning too. So is another cultural divide, namely nude bathing. While Germans are known to be rather revealing in this regard, the Americans are not.