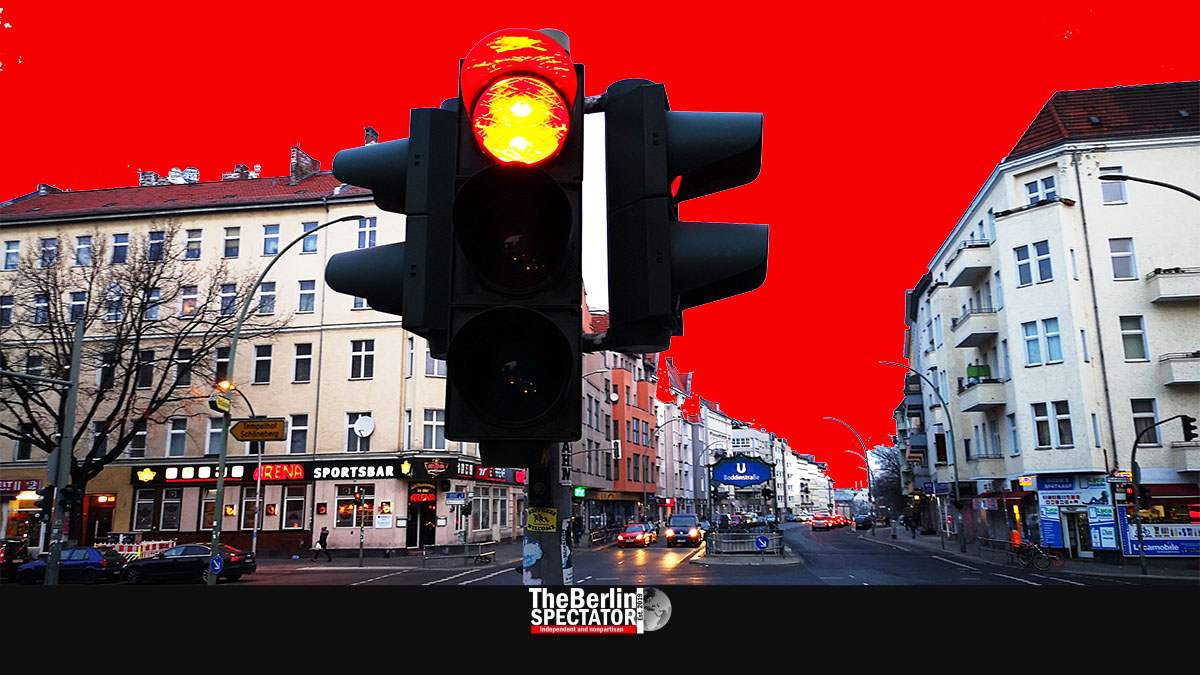 The Corona numbers in Germany are going through the roof. More than 6,000 new infections were reported within 24 hours. Berlin and Frankfurt are Corona hotspots. Chancellor Merkel is meeting the First Ministers in Berlin today.

Berlin, October 14th, 2020 (The Berlin Spectator) — Since the early spring, things have not been this bad. According to Johns Hopkins University, Germany got as many as 6,814 new Corona cases between Tuesday morning and this early morning. Compared to July and August, the daily number of new infections per day is 23 times higher now.

Soldiers to Help in Frankfurt

In Frankfurt am Main, the situation is bad. In Germany’s fifth-largest city, with a population of about 760,000, the Seven Day Incidence Number hit 74.8. From a value of 50, a city or county is considered a high risk area. At 75, the federal state of Hesse triggers its fifth alert level.

Frankfurt’s City Hall just requested help from the Bundeswehr, Germany’s armed forces. Soldiers are supposed to help track down all contact persons for each newly infected individual. The local health authorities have run out of capacity. Sixty soldiers are supposed to arrive these days. First Mayor Peter Feldmann said there was no reason to panic.

If there was reason to panic at that kind of level, what would Berlin do? The latest numbers from the German capital are not good at all. Seven hundred and six new Corona infection were reported within a day. The Seven Day Incidence Numbers in several Berlin districts pulled up the average to 71.5.

Neukölln, a large district that reaches from the city center all the way to the southern border with Brandenburg, now has an Incidence Number of 171.3. Because alarm bells already ring at a level of 50 it is safe to say that the Neukölln situation is terrible.

In Berlins Mitte district, the Incidence is 117.2. In six more districts, the numbers stand between 50 and 100. They are Tempelhof-Schöneberg (92.9), Friedrichshain-Kreuzberg (83.0), Reinickendorf (73.6), Spandau (69.3), Charlottenburg-Wilmersdorf (60.2) and Steglitz-Zehlendorf (55.1). The four remaining Berlin districts reported values of under 50.

What this means is that people may not visit their relatives or friends at those hospitals. Exceptions, for instance at the children’s ward or in the cases of adults in serious condition or dying patients, need to be approved by doctors.

The city’s Charité hospitals will likely follow suit. For now, they are postponing surgeries that are not urgent, just like they did during the first big Corona wave in spring. That is because nurses tested positive for Corona. Their contact persons are other nurses, in many cases, who need to be sent into quarantine.

Another reason for the postponement of planned surgeries is the need to clear the ICUs for COVID-19 patients, as Professor Ulrich Frei, a Charité board member, stated at a press conference last week. For now, there are enough ICU beds. But there are fears this might change soon.

Located just minutes from the largest Charité hospital in the city, at the Chancellery, all First Ministers, First Mayors and one Governing Mayor are scheduled to discuss the rising Corona numbers and ways to curb them today. Usually, these meetings take place online. In this case, Chancellor Angela Merkel insisted on a physical meeting. Several First Ministers arrived in Berlin on Tuesday night. Their armored limousines were seen at the Chancellery ahead of time.

There are several items on the agenda. One of them is the so-called accommodation ban for residents from high risk areas which most federal states have implemented. The heads of governments from states with high Corona numbers tend to oppose this kind of ban, while those from states with lower numbers defend them. But there are exceptions.

During the ongoing nationwide discussion about accommodation bans, the practice has been criticized as exaggerated nonsense a lot. Several First Ministers attempted to downplay the subject.

Bavaria’s hyperactive Markus Söder demanded decisive action against Corona. “We have to look the truth in the eye”, he said in Munich. “We are in a serious situation. We are on the brink of losing control.” First Minister Söder wants a mandatory mask rule for all of Germany. Limiting private parties was another aspect that needed to be discussed in Berlin, he said.

Manuela Schwesig, the First Minister of Mecklenburg-Hither Pomerania said in an interview on the ARD network’s TV morning show, the rules could not be eased in this situation.

Another subject that will likely be discussed is a prolongation of the Christmas holidays. Two MPs who are part of Mrs. Merkel’s conservative party CDU had suggested this kind of move in an interview with the ‘Bild’ daily. According to Chancellery Minister Helge Braun, who was quoted by ‘Bild’ as well, the debate at the Chancellery today might have “historic dimensions”. That is why he wanted the First Ministers to be there in person.