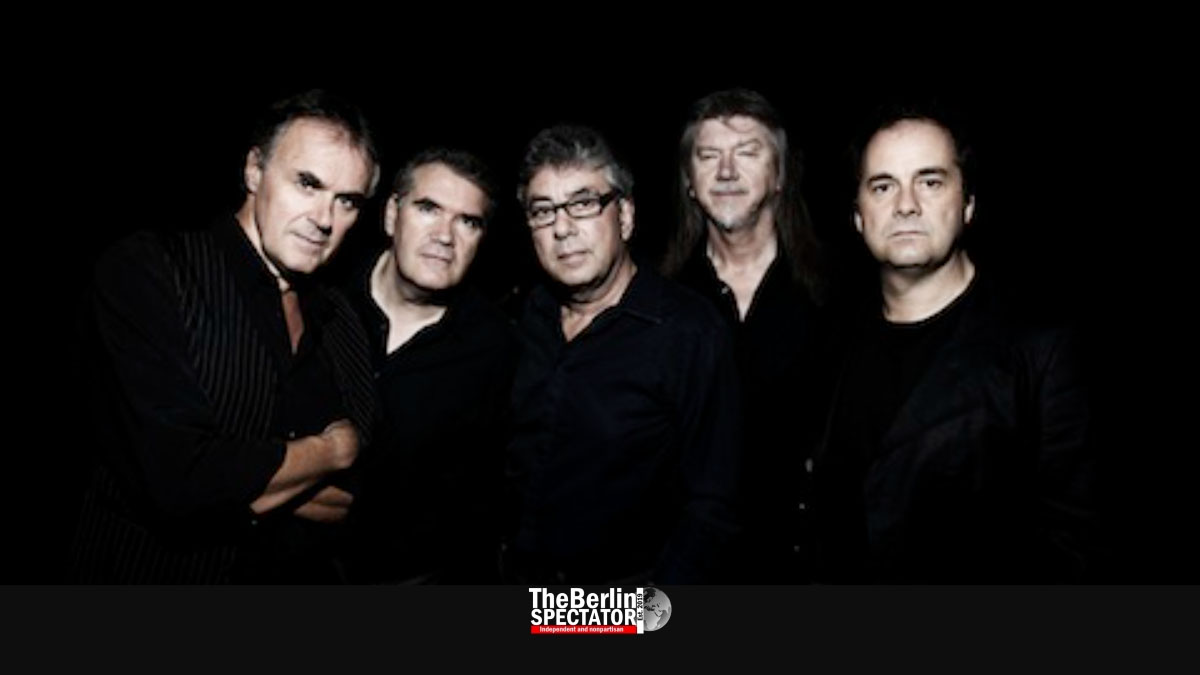 They are British Rock pioneers. They founded their group 48 years ago. They will be back on the road. They are expected in Germany, the Netherlands, Belgium, Luxemburg and on their home turf. They are 10cc.

In 1972, Edward Heath was Prime Minister of the United Kingdom and Queen Elizabeth II. was 46 years old. The Doobie Brothers were telling people to “Listen to the Music”, Chicago enjoyed their “Saturday in the Park” and Neil Young had a “Heart of Gold”.

Something happened that year in Stockport, located to the south of “Manchester England England, across the Atlantic Sea”. Graham Gouldman, Eric Stewart, Kevin Godley and Lol Creme founded a band they called 10cc. These four gentlemen were quick. In 1972, their self-titled debut album already included a hit entitled ‘Rubber Bullets’.

Many of their songs contained what Rock musicians considered grooves back then, mostly created by repetitive guitar chords played in quick succession. They were usually sixteenth notes in four-four time songs that contained elements of Rockabilly and, in some cases, experimental sounds other British groups, including Genesis and Yes, pioneered back then.

All four members of 10cc each played several instruments. They were composers, they were all gifted and they developed their sound while releasing an album per year, all of which hit the U.K. Top 10 album charts. The many singles they blew out usually reached the Top 40 in seconds.

10cc’s second album ‘Sheet Music’ sounded more mature. With ‘The Wall Street Shuffle’, they created another hit that is still quite famous today. Here, that Rockabilly sound vanished. It made room for a masterfully composed and played tune that would not make people nervous, but dance and cheer.

With changing members, the band produced more big hits over the years, including ‘Rubber Bullets’ and ‘Dreadlock Holiday’. But the most important tune they ever recorded was part of their 1975 album ‘The Original Soundtrack’.

‘I’m Not in Love’ became so many things. First of all, it is a stunning composition. Secondly, it was very innovative. Thirdly, the way they recorded it was nothing less than revolutionary. They recorded the choir parts onto 8-track tapes which they kept on copying onto the next one, until they sounded like they had a choir of several hundred members.

If the most important Pop and Rock tunes of the mid-1970s had to be named, ‘I’m Not in Love’ would definitely need to be at the top of the list. It is an immortal piece of music. This one should have been sent to the aliens on the two Voyager probes in 1977. It wasn’t. But, in a way, it defined the mid-1970s. It was — and still is — the perfect Pop tune, and it brings people back to that era when they just listen. It is like time travel.

I’m not in love

So don’t forget it

And just because I call you up

Don’t get me wrong, don’t think you’ve got it made

I’m not in love

We got carried away here a little. What this article is supposed to say is that the legendary 10cc will be touring Europe, including Germany. None other than the original member Graham Gouldman, the only one who never left the band, is still with them. He is 142 years old. Actually, he is 74 and looks like 34.

On February 2nd, 2021, 10cc will be performing in Amsterdam before hitting stages in Heilbronn, Erding, Winterbach, Mainz and Essen (all in Germany, except for Amsterdam). At this point, they will be going back to the Netherlands, to Belgium and Luxemburg. This is all happening in February.

In addition, as many as 23 (in words: twenty-three) gigs in the United Kingdom, on their home turf, are scheduled in April and May of 2021. Their booker is definitely a busy individual. Let’s just hope that bloody virus will disappear by then.

Tickets for those 10cc concerts in Germany, and the one in Luxemburg, are available here. 10cc’s website, including their touring schedule, can be accessed here.