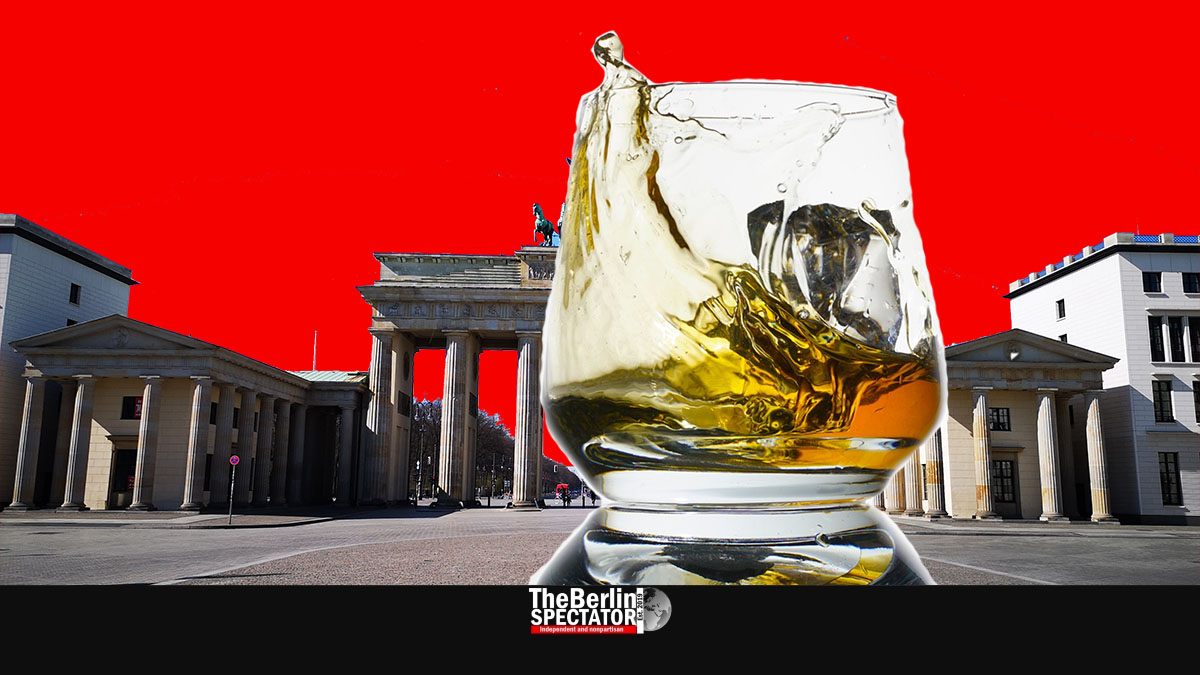 In Germany, courts increasingly define the way the Corona pandemic is being fought. They threw anti-Corona measures overboard in several cases. In the meantime, the list of Corona hotspots in Germany is growing.

Berlin, October 17th, 2020 (The Berlin Spectator) — Owners of bars, pubs and hotels have been suing the state at several courts across Germany these days. It is because they see themselves as victims of arbitrariness after some federal states implemented accommodation bans for residents of Corona hotspots, curfews and alcohol bans at night. The state says, the measures are necessary because they protect everyone.

A case from Hamburg sticks out: An individual from North Rhine-Westphalia, who wanted to spend a little vacation in the northern port city, sued the city state because of the accommodation ban. He failed when the court upheld Hamburg’s decision. And a higher court confirmed the first ruling by saying the health of many was more important than restrictions for some.

But in other cases, courts annulled restrictions and bans, including in the German capital. The owners of eleven bars sued the city state of Berlin because of the curfew it had imposed on all bars, pubs and restaurants from 11:00 p.m. to 6:00 a.m.. Of course the Berlin Senate had not done so because it might have felt the inner urge to annoy bar owners, but to protect the inhabitants of Berlin.

What this means is that those eleven bars may remain open after 11:00 p.m. until there is a final decision by the Higher Administrative Court. Now, more Berlin bar and pub owners are getting ready to sue. Those court decisions probably caused an avalanche of complaints.

But all of this does not change the fact that there is an alcohol ban in Berlin too. Alcoholic beverages may not be served in pubs or similar places after 11:00 p.m., and they may not be sold at that time either. The issue is that Berlin is a Corona hotspot with rapidly growing infection numbers. Private parties and drinking at pubs are being seen as dangers.

The same Higher Administrative Court just threw out the accommodation ban for residents of high risk regions in Brandenburg by approving two urgent motions. One was handed in by a hotel owner from Dahme-Spreewald county, the other one by a landlord from Ostprignitz-Ruppin who rents out holiday apartments.

A final decision will still have to be taken, but the court said the ban was “presumably disproportionate” as it violated the rights of both hotel owners and residents from high risk regions. Besides, there were so many commuters who moved back and forth between Brandenburg and Berlin. In comparison, the danger posed by a few holidaymakers was low.

A majority of federal states in Germany had put in place accommodation bans for residents from domestic high risk areas. By now, the measure was sacked by courts in several cases. Some states dumped the rule themselves. This means traveling within Germany has become easier again, but so has spreading the Coronavirus.

At this stage, as of Saturday morning, four federal states have accommodation bans, namely Hesse, Mecklenburg-Hither Pomerania, Saxony-Anhalt and Schleswig-Holstein. Hesse already announced it would get rid of the ban voluntarily on Monday, after the measure had been criticized by many.

In the meantime, the Corona situation in Germany is not improving. The opposite is the case. As many as 7,695 new Corona infections were reported within the past 24 hours, according to the numbers provided by Johns Hopkins University. The development is becoming more alarming by the day.

At this stage, Germany has 62 Corona hotspots. Those are cities or counties with Seven Day Incidence Numbers higher than 50. That number shows how many persons per 100,000 inhabitants have been infected with Corona in the past seven days. North Rhine-Westphalia has most hotspots.