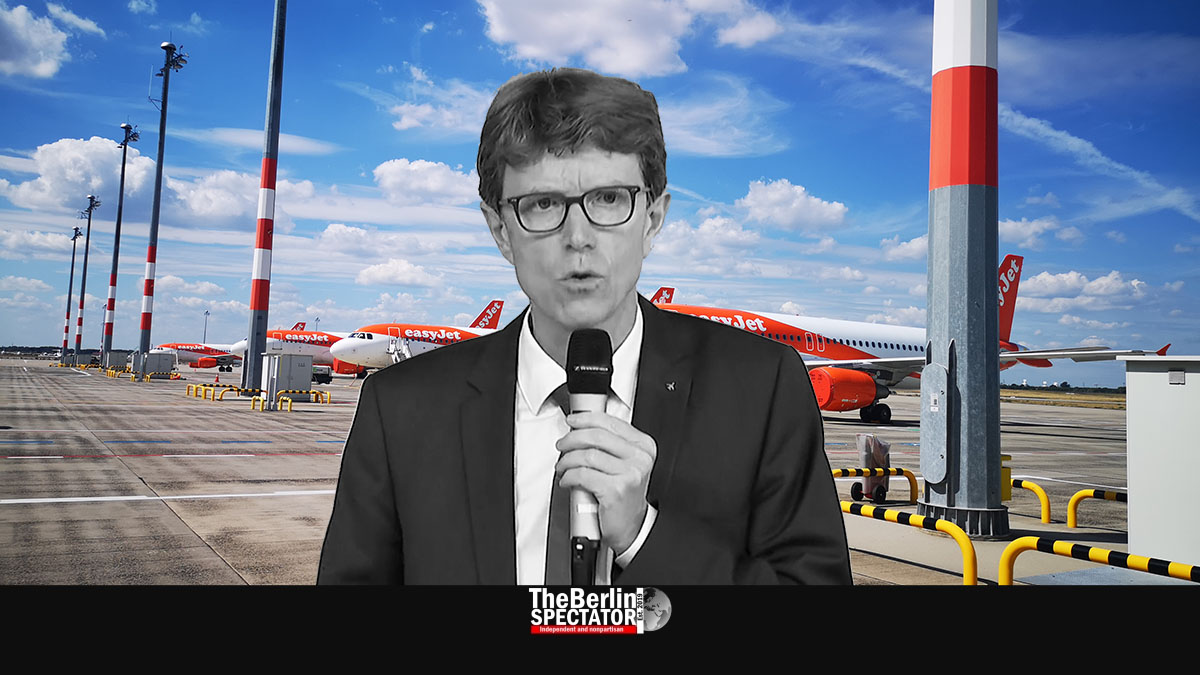 BER Airport, the new pride of Berlin and Brandenburg, is ready to rumble. It will open on October 31st and completely replaces the old airports in Tegel and Schönefeld from November 9th, 2020.

“From our perspective, we are prepared for the airport’s entry into service”, Engelbert Lütke-Daldrup, the CEO of BER Airport’s operator FBB said on Monday morning, twelve days ahead of the opening. All processes had been rehearsed with volunteers and staffers in the past nine months.

During those rehearsals, 178,000 pieces of baggage were run through BER Airport’s luggage handling system and 54,000 boarding processes were conducted for more than 2,000 simulated flights. Even emergency situations, including an evacuation from the new airport’s train station, were staged.

The goal to turn a completed building into an operational airport had been reached, Lütke-Daldrup stated. Together with all partners, the processes had been tested as well. Also the new airport is ready for Corona conditions. Markings on the floors, sneeze guard windows, signs and disinfection fluid dispensers were installed to remind passengers of the hygiene rules.

According to Lütke-Daldrup, even the trash cans were replaced with more functional ones, clocks were installed. The latter are important indeed, also because the daylight saving time will be switched back to the regular Central European Time just days before BER Airport opens.

The operators even though of comfort. A hundred charging stations for cell phones will be installed in waiting areas in order to optimize things for passengers. The same applies to automatic baggage check-in systems. But those will not be operational until the end of the year.

Engelbert Lütke-Daldrup said BER Airport was “ready for takeoff”. At the beginning, the flight plan would be “calm”. Due to Corona, flight traffic is down to about 20 percent of what it usually is in late October. Earlier in this crisis, it had even been down to 1 to 2 percent.

TIME SCHEDULE BER AIRPORT INAUGURATION
October 25th, 2020: Schönefeld Airport officially becomes Terminal 5 of BER Airport. The signs were already changed.
October 26th, 2020: The S-Bahn train system starts to include the station ‘BER Airport’. Trains will be going there in 20-minute intervals at first.
October 29th, 2020: From this day, S-Bahn trains will be coming to BER every 10 minutes.
October 31st, 2020: The first flights land at BER Airport while the move from Tegel Airport to BER commences.
November 1st, 2020: The first flights take off from BER Airport.
November 8th, 2020: Tegel Airport closes for good.

According to Lütke-Daldrup, BER Airport’s capacity during these quiet Corona times allows it to deal with any glitches or interferences more effectively. On the first regular day with incoming and outgoing flights, which is November 1st, Lütke-Daldrup expects about 5,000 passengers in Terminal 1 and up to 8,000 at Terminal 5, which is the old Schönefeld Airport.

At Tegel Airport, there will be approximately 11,000 passengers that day, a week before the last airport on Berlin’s turf will be shut down forever. By November 8th, 20,000 to 25,000 passengers will be serviced at BER Airport, according to FBB.

The Only Major Airport

Engelbert Lütke-Daldrup said BER Airport’s staff would be adhering to the hygiene and distance rules very carefully, in order to make sure there would not be infections. This is the most important aspect right now, according to BER Airport’s operators. Employees were even asked to be careful in their spare time.

Two flights, one by Easyjet and one by Lufthansa, will be the first to land at BER Airport on October 31st. But, from that day onward, it will take a week until Lufthansa completes its move from Tegel to the new airport.

From November 9th, 2020, BER Airport will be the only major airport in the Berlin Brandenburg region. It replaces both Tegel and Schönefeld. Tempelhof Airport was shut down in 2008.