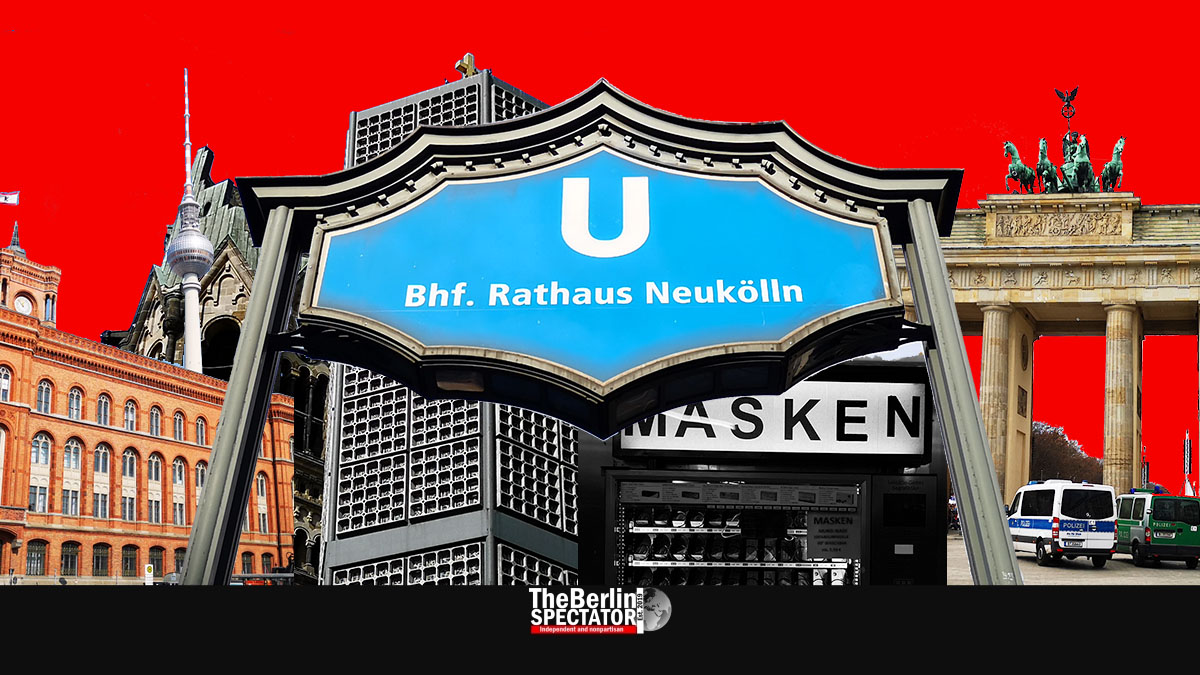 In Berlin’s Neukölln district, the situation is even more serious now. The city councilman in charge of health just conceded that most Corona cases cannot be traced back to the beginning of their infection chains anymore.

Berlin, October 19th, 2020 (The Berlin Spectator) — Two hundred and sixty-six days after the first person in Germany tested positive for Corona, the situation is bad, especially in more than 100 Corona high risk areas. Falko Liecke, a city councilman in charge of health matters in Berlin’s Neukölln district, Germany’s worst hotspot, was quoted by the ‘Morgenpost’ daily. He said 90 percent of all Corona infections there could not be traced back to their source anymore.

Liecke said Neukölln was in a crisis mode. The situation had gotten out of control. One of the main problems is that many Neukölln residents refuse to cooperate with the health authority. The latter is trying to break infection chains by tracking down persons infected individuals were in contact with. But this task seems to have become a mission impossible in Neukölln. This problem has the potential to let the Corona numbers explode even more.

The Seven Day Incidence Number in Neukölln stands at 179.1. In a sort of safe situation, it should be below 35, or at least below 50. For all of Berlin, the Incidence Number is 86.9. In the German capital, 284 COVID-19 patients are being treated at hospitals right now, 66 of them are in intensive care.

Since the crisis began 266 days ago, 21,428 Corona infections have been reported in Berlin. In all of Germany, that number just rose by 4,007 to 368,671 within 24 hours, in spite of the fact that only some hospitals report Corona cases on weekends.

Berlin’s Health Senator Dilek Kalayci said on RBB television, a general mandatory mask rule outdoors might have to be put in place. This kind of measure did make sense, especially at crowded places like markets, at which the distance rule could not be followed. The Berlin Senate is scheduled to convene on Tuesday. It will likely tighten the Corona rules one way or another.

In Germany, the discussion about the anti-Corona rules the country’s sixteen federal states keep on changing back and forth is continuing. For the conservative CDU, its deputy floor leader at the Berlin Bundestag Thorsten Frei told the ‘Redaktionsnetzwerk Deutschland’ editorial pool, there needed to be uniform rules, also because they would be accepted more that way. The parliament needed to intervene.

Yet another local Corona outbreak was reported in Grossrosseln, a location in Saarland, according to several dailies that belong to the Axel Springer SE publishing house. Two hundred and thirty former guests of a wedding party there are now in quarantine. As the ‘Bild’ daily reports, the Corona rules were adhered to at the event.

In spite of the alarming situation in Germany, and even more in some of its nine neighboring countries, some 1,000 Corona deniers staged a protest in Dortmund on Sunday. Many of them refused to put on masks. Police had trouble dealing with the conspiracy theorists in a city which is on the list of the worst Corona hotspots in Germany. Dortmund’s Incidence Number stands at 66.5.