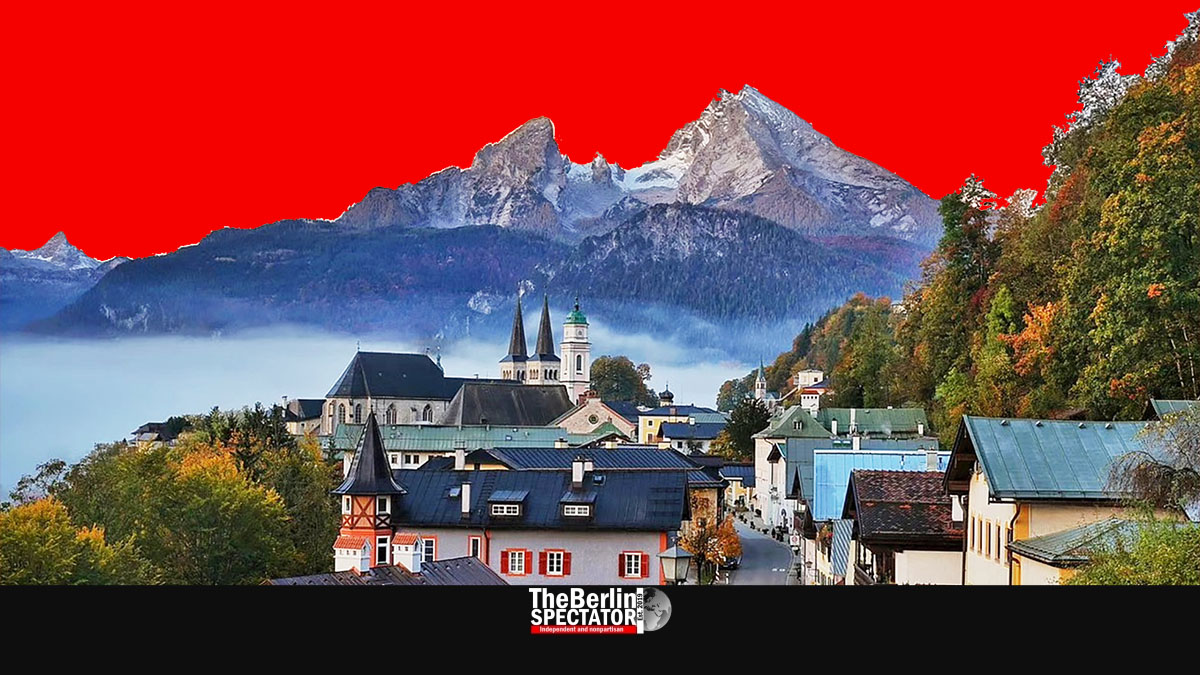 The county Berchtesgadener Land in Bavaria is now Germany’s main Corona hotspot. Because it has the highest Seven Day Incidence Number, it just got a new lockdown. But the numbers for the entire country are exploding too.

Berlin, October 20th, 2020 (The Berlin Spectator) — Paradise was hit hard by the Coronavirus. Berchtesgadener Land county has a picturesque countryside, the Watzmann, one of Germany’s highest mountains, and the stunningly beautiful and clean Königsee lake. This wonderful spot used to be a tourist haven until the pandemic commenced. In summer, it was again. Now it is Germany’s main Corona hotspot.

Today, on Tuesday, October 20th, 2020, Bavaria’ first lockdown since April will be in place. That is because the number of new Corona infections in Berchtesgadener Land went through the roof. On Monday night, the Seven Day Incidence Number was 272.8. Even Berlin’s Neukölln district, one of Germany’s main problem zones, is looking better in this regard.

From 2:00 p.m. today, residents in Bad Reichenhall and the entire county Berchtesgadener Land are not allowed to leave their apartments or houses anymore, unless they have a solid reason such as going to the doctor, to a supermarket or a pharmacy.

In the county, all schools and kindergartens need to close. The same applies to restaurants and all businesses and facilities that have to do with recreation. City officials announced the lockdown on Monday evening. Earlier, Bavaria’s First Minister Markus Söder had said that “public life” in Berchtesgaden needed to be pared back temporarily, and that contacts had to be “restricted fundamentally.” Söder stated the starting point of this regional Corona outbreak had been a party again.

Half the state of Bavaria has reported high numbers of new Corona infections. In 57 out of 96 counties, an “extended mandatory mask rule” is in place, meaning people have to wear them at work as well. Curfews and contact restrictions are supposed to help improve the situation as well.

Bavaria was one of the states with the highest infection numbers in March and April, when the first part of the Corona crisis unfolded. It is again. In Berchtesgadener Land, the new restrictions will apply until November 2nd, 2020, or until further notice.

In all of Germany, the spread of the Coronavirus is constantly picking up speed. According to the data provided by Johns Hopkins University, that are based on reporting from Germany’s hospitals and health authorities, there were 377,068 Corona cases in the early morning today. In the past 24 hours, the number increased by 8,397. This is the highest increase since early spring, when the virus struck Europe hard for the first time.

Because of the growing number of Corona hotspots in Germany, a discussion about cordoning them off has commenced. This would be an unprecedented step known from certain Hollywood movies only. Markus Söder and his colleague from Lower Saxony, Stephan Weil, rejected any such thing. Closing the borders again is another resurfacing subject in Germany.

Many cities and counties in North Rhine-Westphalia are reporting alarming Corona infection numbers as well. By now, 150 soldiers are helping the health authorities keep track of all infected individuals and their contact persons who have to go into quarantine.

In Berlin, the city state’s Senate is scheduled to convene today, in order to discuss yet another tightening of the existing Corona rules. This includes the contact restrictions and the mandatory mask rule. The latter might be extended, meaning masks might have to be worn at crowded spots outdoors. Rules for the upcoming Christmas markets are another subject Governing Mayor Michael Müller and the Senators intend to discuss.

At some Berlin supermarkets, ravioli cans and bathroom tissue have been sold out in the past few days. Staffers are having issues to keep up with restocking those shelves. This seems to be a symptom for fear of a second big Corona lockdown. During the first part of the Corona crisis, the first items were sold out all the time.