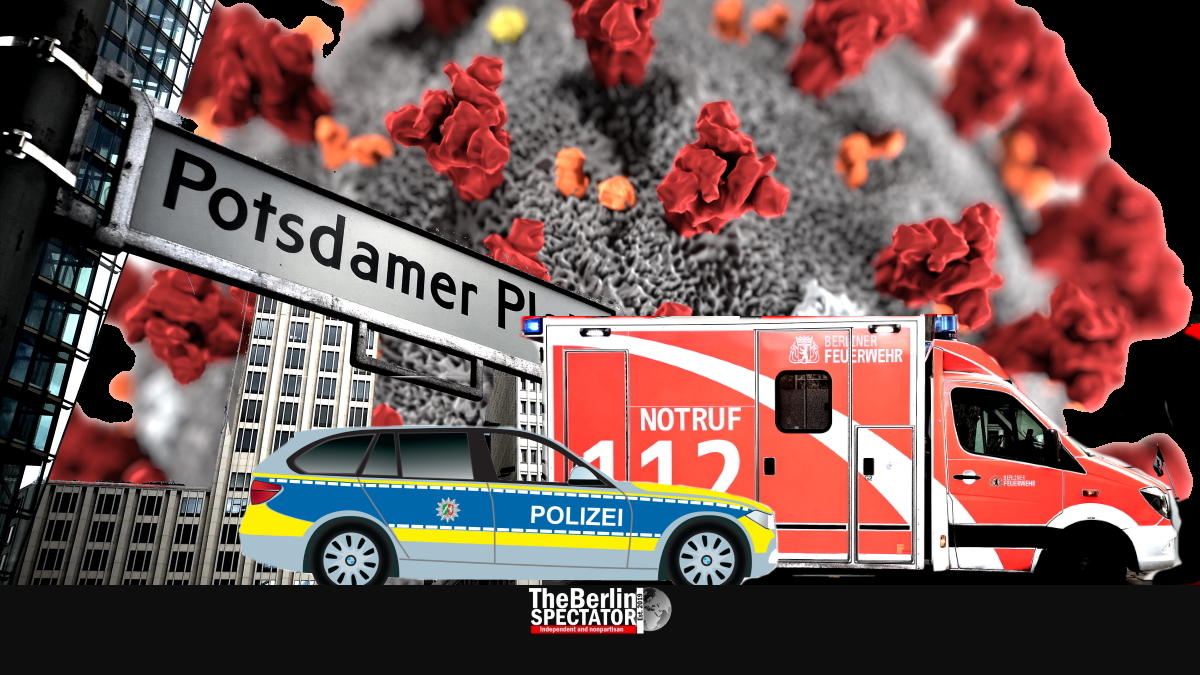 This coming weekend, the Federal Police will check the adherence to the Corona rules in the German capital in cooperation with the Berlin Police Department, because of the serious situation. In the meantime, the government is in the process of organizing vaccinations.

The latter will be extended on Saturday. It will apply to ten streets in Berlin that are usually crowded, namely Kurfürstendamm, Tauentzienstrasse, Wilmersdorfer Strasse, Friedrichstrasse, Altstadt Spandau, Schlossstrasse, Bergmannstrasse, Karl Marx Strasse, Alte Schönhauser Strasse and
Bölschestrasse. But masks will also have to be worn at all other crowded spots in Berlin, including markets of all kinds. Other German cities, such as Heidelberg, already have mandatory mask rules in their centers.

A total of one thousand police officers will be taking part in the large scale operation on Saturday and Sunday. Berlin’s Interior Senator Andreas Geisel thanked Seehofer for the support. “We will overcome the the Corona pandemic if we work together”, Geisel stated. “We need to pool our all resources available.”

‘Time of Unconcern is Over’

“I know the federal capital is in the focus. Especially a highly populated city like Berlin is affected by the occurrence of infection”. Senator Geisel said most people were adhering to the rules anyway. The police checks this weekend would show the others that the times of unconcern were over.

Horst Seehofer stated the action the Berlin police was taking in this regard was the right way to go. “We now have the highest number of new infections since the pandemic commenced”, the Minister stated. “The situation is serious. And the precautionary measures implemented by the state are not recommendations, but important rules.”

This early morning, the number of new infections reported by hospitals and health authorities was 404,605. By now, more than 1,000 Corona patients are being treated in the country’s ICUs. For now, the capacity is sufficient. Berlin even has a make-shift hospital in a fair hall which has not been used yet. Scientists and politicians are still worried the number of ICU beds might not suffice if the infection numbers continue skyrocketing.

Berlin now reported a Seven Day Incidence Number of 110.6. This value shows how many people per 100,000 inhabitants got infected with Corona in the past seven days. From a level of 50, a city or county becomes a high risk region. Berlin’s Neukölln district’s Incidence Number is now 236.7. Five more district are above 100.

According to the ‘Bild’ daily, Germany’s federal government is preparing for Corona vaccinations to start before this year is over. The publication reports, the Health Ministry had already asked Germany’s sixteen federal states to provide the addresses of vaccination centers equipped with cooling devices necessary for storing vaccines.

Last week, Health Minister Jens Spahn, who tested positive for Corona on Wednesday, had told his colleagues that Biontech, a company in the city of Mainz, was expecting the approval for a vaccine shortly, it says in ‘Bild’s report. According to the newspaper, Spahn said starting vaccinations this year was a possibility.

Berlin: Back to School in a Deteriorated Corona Situation