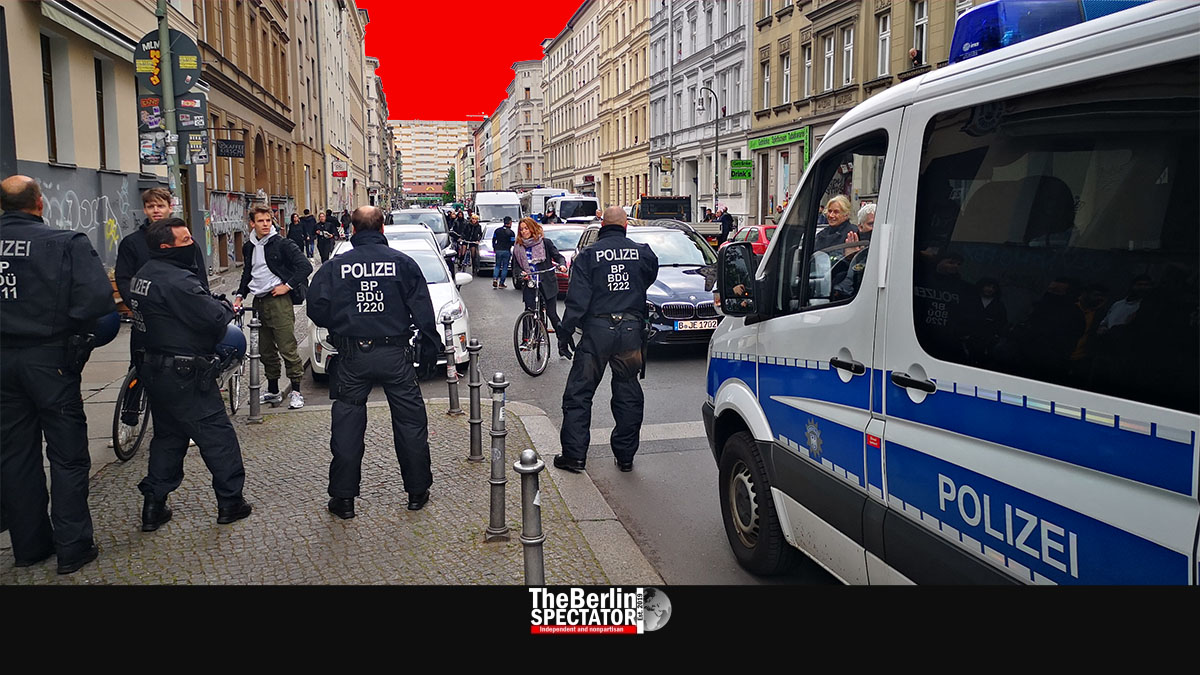 In Germany, the latest developments might lead to another lockdown, to the opinion of politicians, including the MP Karl Lauterbach. In the meantime, police in Berlin are dealing with violations against the Corona rules, and with conspiracy theorists.

Ortenberg, October 25th, 2020 (The Berlin Spectator) — The Social-Democratic MP and health expert Karl Lauterbach believes a new lockdown is only weeks away if Germany does not manage to decrease the number of new Corona infections. “If we do not manage to restrict personal contacts within two to three weeks, the numbers will increase so much that a lockdown will be the only way”, Lauterbach told the ‘Bild am Sonntag’ weekly.

According to him, the measures put in place so far are not sufficient to avoid overcrowded intensive care units or a substantial increase of the number of Corona-related deaths. The Corona rules needed to be “readjusted”, Lauterbach stated. For instance, school grades needed to be split into groups and taught in two shifts, in the mornings and the afternoons. “Just being careful is not enough anymore”, Lauterbach said in the ‘Bild am Sonntag’ interview.

In Germany, the ongoing second big Corona wave already has repercussions for the economy. The number of flight passengers is dropping substantially. In summer, it had temporarily increased to about 25 percent of what it had been in 2019. Deutsche Bahn just reported, especially the number of business travelers had slumped. In March and April, during the first wave, hardly anyone had taken long-distance trips.

The rapid spread of the Coronavirus and the rules that are supposed to improve things have an impact on Germany’s city centers and the retail business. A study published by Hystreet came to the conclusion that especially large cities feel the crisis. Far less people visit shopping streets in city centers.

This includes Hamburg’s Spitalerstrasse, where the number of pedestrians decreased by 40 percent within a week, according to Hystreet. Far less pedestrians were counted in Stuttgart’s Königstrasse, Dortmund’s Westhellenweg and Schildergasse in Cologne as well.

In the past 24 hours, the number of new Corona infections in Germany was 8,600, according to Johns Hopkins University. That number is far lower than it was on Saturday. But many labs, health authorities, doctor’s offices and hospitals do not report new infections on Sundays, meaning the actual number might be a lot higher. The total number of Corona cases since the crisis began in January stood at 434,798 early this morning. So far, 10,039 persons in Germany have died of — or with — Corona.

In Berlin, 10,000 police officers are checking people’s adherence to the Corona rules this weekend. Both the Berlin Police Department and the Federal Police are involved. A joint statement said the result of the operation had been “mainly positive” so far. Some 80 to 90 percent of all Berliners and visitors had adhered to the rules.

The police checked outdoor markets, parks and streets all over the city, including those that may only be entered by pedestrians who wear masks. Most people who did not wear masks when police officers ran into them put them on without complaining. In only 23 cases, infraction forms were filled out. Because of insults, resistance against officers and forgery of documents, five criminal proceedings needed to be initiated.

A fetish party in the German capital with 600 participants needed to be ended. In Sonnenallee, a main street between Berlin’s Baumschulenweg and Neukölln boroughs, the owner of a fast food restaurant and most of his guests got into trouble. Hardly anyone wore masks, and the obligatory contact list was ignored.

Today, police in Berlin will continue their Corona rules operation. And they will have to deal with Corona deniers and conspiracy theorists again. Several protests were registered by them. The organization ‘Querdenken’ is expecting 10,000 participants at a rally in the evening. In the past months, this group had teamed up with neo-Nazis, including the most famous ones, when it staged several protests in Stuttgart and Berlin.