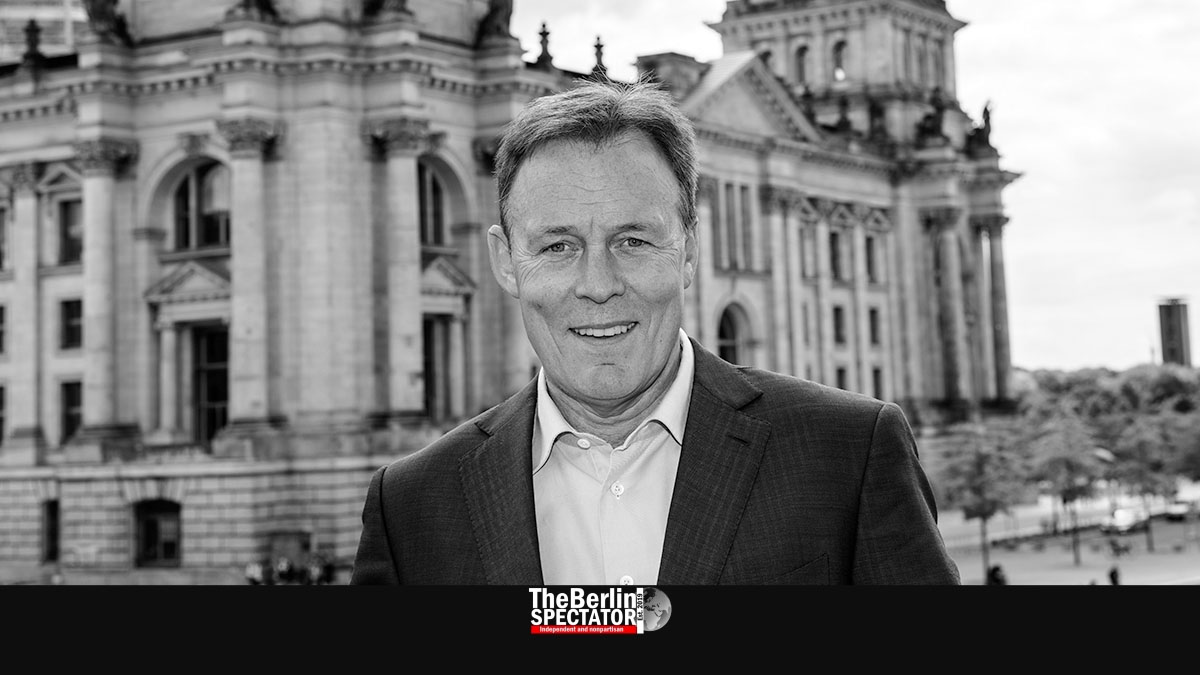 The political Berlin is reacting to the sudden death of the Bundestag’s Vice President Thomas Oppermann. Today’s ‘Corona cabinet meeting’ at the Chancellery began with a minute of silence for him.

Berlin, October 26th, 2020 (The Berlin Spectator) — In Berlin, representatives of all major parties have commented on Thomas Oppermann’s passing on Sunday. The Social Democrat had been in the process of preparing for an interview, when he suddenly collapsed. Doctors at a clinic tried to revive him, without success. Oppermann was only 66 years old.

At a press conference on Monday afternoon, government spokesman Steffen Seibert stated Chancellor Angela Merkel had sent her condolences to Oppermann’s next of kin. She was shocked and saddened. According to Seibert, Mrs. Merkel said she had known Thomas Oppermann “as a relaible and fair Social-Democratic partner in grand coalitions”.

Her spokesman stated, the Chancellor had said that Oppermann had had an “amicable democratic sincerity”. A minute of silence had been observed at today’s ‘Corona cabinet meeting’, Seibert told the press.

Germany’s President Frank-Walter Steinmeier sent a letter of sympathy to Thomas Oppermann’s partner Petra Kirchhoff in which he said he was shocked about his sudden passing. “We have lost a magnificent human being, a convinced democrat and a parlamentarian with passion”.

Steinmeier, a Social Democrat himself, said Thomas Oppermann had helped shape Germany’s policies for decades. “For many years, we worked side by side.” The President said their cooperation had begun in Lower Saxony in the 1990s. Oppermann had been a very capable politician with special expertise, and a convincing orator who had rendered outstanding services to Germany.

Oppermann was the SPD’s floor leader at the Berlin Bundestag from 2013 to 2017. His successor Rolf Mützenich said he had been an extraordinary politician who had always acted with a sense of responsibility. Vice Chancellor Olaf Scholz said Germany had lost a great Bundestag Vice President, and the Social-Democratic party “a passionate and combative comrade.” Norbert Walter-Borjans, the SPD’s co-chairman said Oppermann’s death was “a shock for all of us”.

The Embassy of the United States of America in Berlin offered its condolences “to Bundestag Vice President Thomas Oppermann’s family, friends, and colleagues” as well.

On Sunday, Thomas Oppermann was supposed to be interviewed in the ZDF show ‘Berlin Direkt’. While the broadcast was already on, he collapsed at the Max Planck Institute in Göttingen, from where he was going to take part in the talk show. He died shortly after, at the city’s University Clinic.