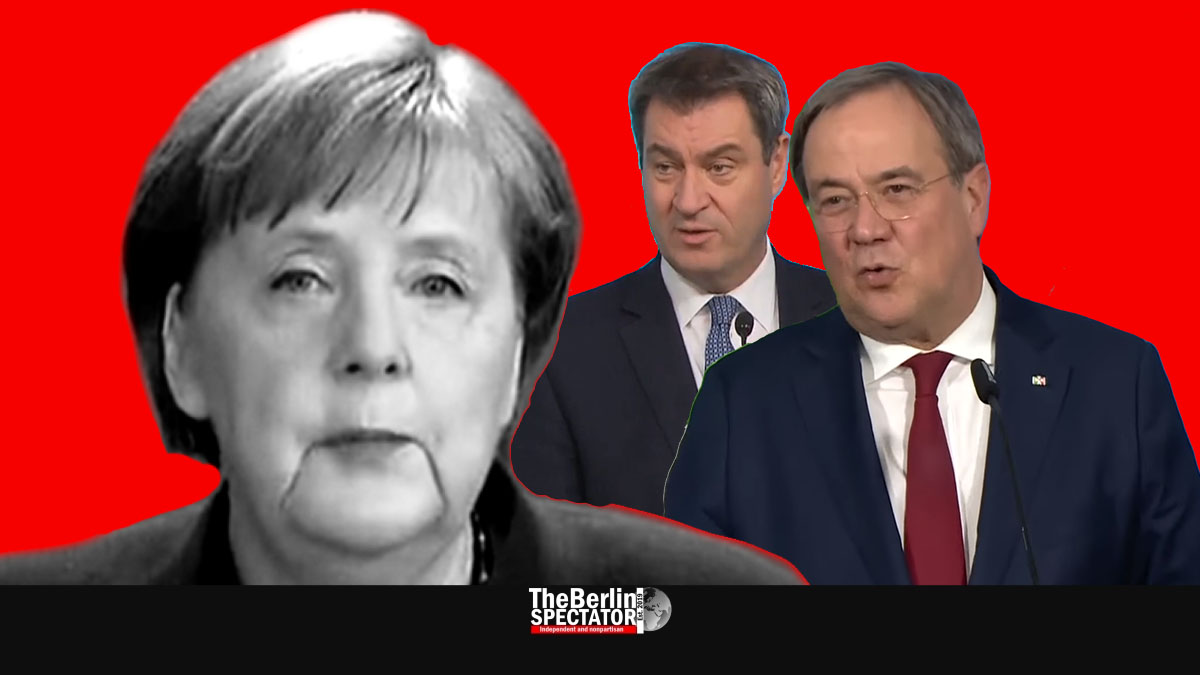 In Germany, the federal government intends to convince the First Ministers from the federal states to agree to a semi-lockdown of the kind the country went through in spring. But schools and kindergartens are supposed to remain open.

Berlin, October 28th, 2020 (The Berlin Spectator) — Chancellor Angela Merkel wants a semi-lockdown of the kind her government had imposed on Germany in March and April, during the first big Corona wave. This time, she wants to keep schools and kindergartens open though. According to most German-language media, this measure will take effect on November 4th, 2020, and remain in place for the entire month, if Mrs. Merkel gets her way.

Angela Merkel’s draft proposal for her meeting with the First Ministers later today includes contact restrictions. In public, people from up to two different households may gather. Parties involving groups of celebrating people will be forbidden in Germany, if the First Minister concur.

Hotels will not be allowed to let tourists spend nights there, if the draft proposal is implemented. Bars, pubs and clubs would need to close again, restaurants would be allowed to sell takeout food. Cultural events and entertainment of certain kinds will be forbidden, including theater and opera performances and concerts. Cinemas, fair halls, amusement parks and sports clubs will have to close too, if Merkel manages to convince everyone.

According to the proposal, massage and beauty parlors, tattoo studios, gambling halls and brothels need to close, but hairdressers may remain open as long as they stick to the existing hygiene rules. Medical treatment of all kinds, including physiotherapy, may continue.

The industry and craft businesses would be able to continue their work under Mrs. Merkel’s plan, but they would have to protect their employees from Corona. Government aid programs for companies would be prolonged accordingly, in order to avoid a wave of bankruptcies.

Interrupting the “infection dynamics” is the proposal’s goal. That way there would not have to be extensive restrictions during the Christmas holidays, it says in the document. Families and friends needed to be able to gather for Christmas, it reads. In order to reach this goal, a joint effort was necessary, just like last spring.

Of course there are big question marks. Even if this 4-week semi-lockdown the Chancellor wants helps bring the Corona infection numbers down, what will happen afterwards? But the biggest question of the day is whether the First Ministers will agree with Mrs. Merkel.

A day before she discusses Corona and its implications with the First Ministers, one of them, namely Bavaria’s Markus Söder, usually steps in front of the cameras in order to sell his ideas. Yesterday was no exception. He said, because of the rapid spread of the Coronavirus it was only a question of time until Germany’s hospitals would be overburdened. This kind of situation needed to be prevented.

A protracted Corona situation would damage the economy substantially, Söder stated. He would rather go for quick, consistent measures instead of delaying things. An effective therapy was a lot better than using placebos. November was the month that would determine “how we get through this” pandemic. Reversing the trend was vital. Söder sounded like he was on the Chancellor’s side.

North Rhine-Westphalia’s First Minister Armin Laschet used to be one of those who opposed stricter Corona rules. Apparently not anymore. He demanded a reduction of social contacts at a press conference in Düsseldorf. On the other hand, he said he was against a shutdown of public life. Neither education, nor the economy should be restricted, Laschet stressed.

But there are First Ministers, mainly in the eastern part of Germany, who usually disagree with tightening any Corona restrictions for the entire country. Today’s conference might turn out to be rather difficult.

According to the data provided by Johns Hopkins University before 7:00 a.m. this morning, the number of new infections since yesterday morning was 7,890, which is lower than before. In Berlin, one of Germany’s Corona hotspots, more than 1,000 new Corona infections were reported within one day. This is a record number.