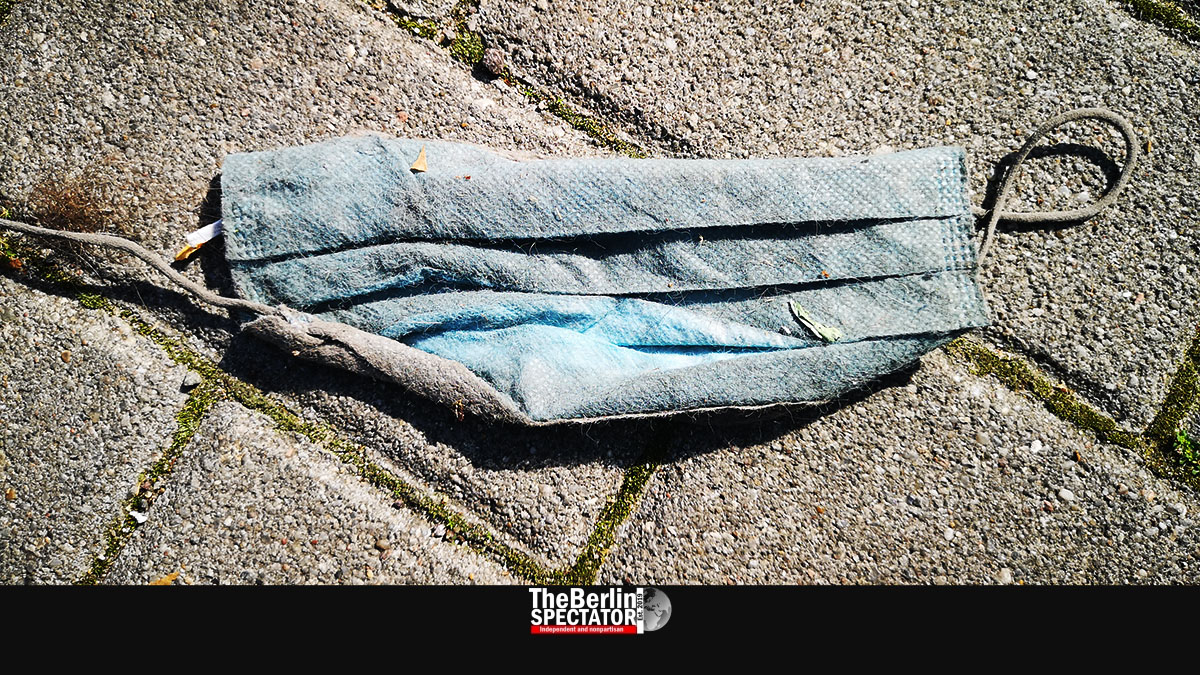 It is back to square one. What Germany and many other countries go through is comparable to the ‘Groundhog Day’ movie. So, there is a lockdown? We have seen it before. Everyone will be confined to their homes? Be my guest.

Berlin, October 29th, 2020 (The Berlin Spectator) — This is not about the question whether harsh measures like semi-lockdowns are justified, because they are. Noah built the Ark before the flood came. Doing it afterwards would not have made a lot of sense. Germany is trying to stop the “infection dynamics” again, before floods of patients hit the ICUs.

How did we get here? A few hours before this terrible year started, Angela Merkel’s New Year’s address was aired on German television. The Chancellor talked about a huge, “man-made and threatening” issue. Little did she or anyone know what was coming. Climate change was what Mrs. Merkel meant. She also discussed hatred of several kinds and violence. This was what she was going to fight. Another challenge she wanted to concentrate on was migration.

Less than four weeks later, everything changed. What triggered it all again? Oh yes, a virus that spread across the world from China. In late January, the Berlin Health Ministry in Berlin said it feared panic more than the Coronavirus. There was “no reason for unease or alarmism”.

Two days earlier, a man in the Bavarian town of Stockdorf did not feel too well. He had a soar throat and muscle pain. On January 27th, he officially became the first German Corona patient. On February 6th, the German Air Force evacuated 124 Germans, two of whom were infected with Corona, and other nationals from Wuhan.

Another month later, big events in Germany were being cancelled. The government wanted to “break infection chains”, as Interior Minister Horst Seehofer put it, just like today. Health Minister Jens Spahn put together a Corona task force. The number of infected persons in Germany was 28.

By March 1st, 100 people were infected. On March 8th, there were 1,000 cases. This was the “exponential spread” Mrs. Merkel has been talking about recently as well. The number of Corona infections stood at 26,200 on March 22nd. So, the Chancellor announced a contact ban. This first semi-lockdown was put in place the next day. That is how urgent it was.

The numbers kept on rising substantially for quite a while. On April 6th, there were more than 100,000 Corona infections in Germany. But, as it turned out, the first lockdown slowed down the growth. Businesses and companies reopened. Mrs. Merkel was among those who did not want to lift restrictions too quickly.

During the summer, Germany seemed to be on top of things. But crowds of party people who celebrated in parks without giving a damn about Corona rules, travelers who returned from high risk areas and weddings with many guests contributed to another Corona wave in fall. The country lost the control it obviously never really had.

Now that the numbers are dangerously high again, Angela Merkel and others saw the need to act, again. Square one is where Germany was on March 23rd. Now the second semi-lockdown is supposed to fix things. But for how long? Will there have to be a third lockdown in January and a third Corona wave in March? How will the schools and the economy cope?

It looks like the virus is controlling Germany. The government can only curb it to some extent, for a while. Then we wake up and the situation deteriorates again. ‘Groundhog Day’ might be lasting for a long time. Let’s count both infections and lockdowns.