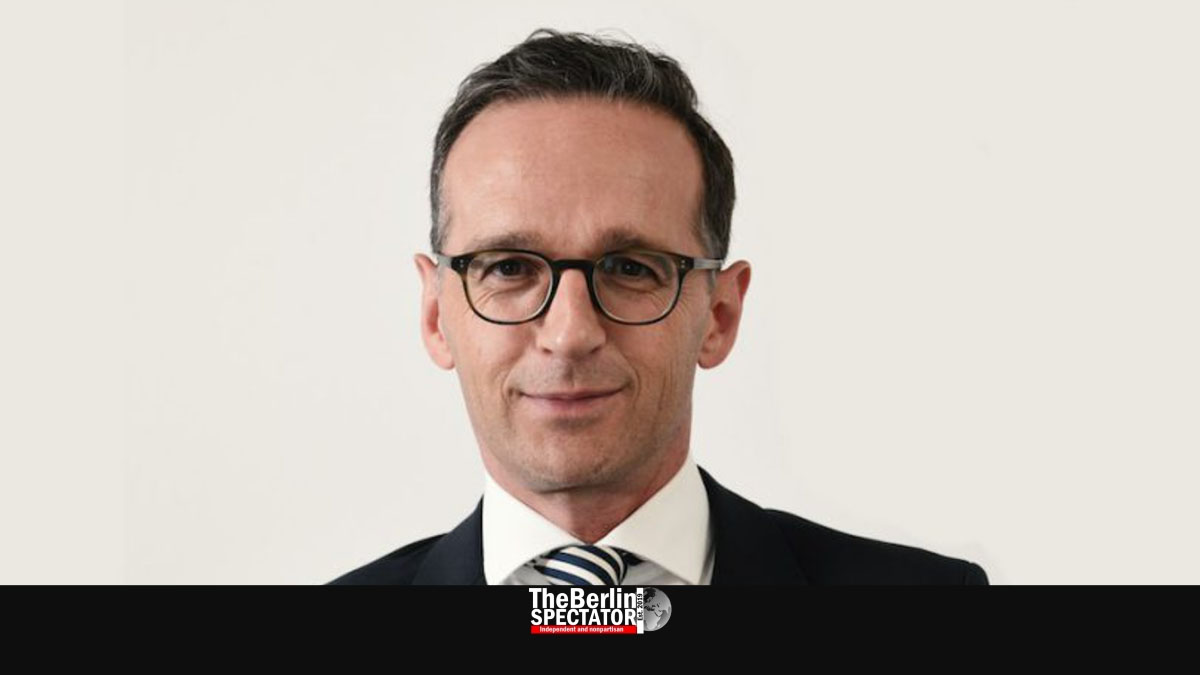 Shortly before he went into quarantine for the second time this fall, Germany’s Foreign Minister Maas slammed U.S. President Donald Trump indirectly, by explaining rules that apply in democracies. Trump had made a false victory claim during the ongoing vote count.

Berlin, November 4th, 2020 (The Berlin Spectator) — In Berlin, Heiko Maas said it would be premature to comment on the U.S. elections or the status of the vote count, but did so anyway. It was a tight race between President Trump and Joe Biden, he said. In many places in the United States of America, the count was still taking place and included the mail vote.

The turnout was at a historic high. Unfortunately, the same applied to the polarization, Maas stated. “Therefore it is important that all politicians who reach people directly generate trust in the election process and the results.”

Without actually mentioning the statement Donald Trump made in the early morning local time in Washington D.C., Maas referred to it. The President had claimed victory while the vote count in important states was still going on. Also he had vowed to have the Supreme Court stop the count of the mail votes without coming up with a valid reason.

According to Maas, the German government respects the way America has “confronted the challenges connected to organizing elections of this kind in a country of this size during the Corona pandemic.” But “now we need to be patient until the elections are completed properly.”

Maas added that the United States of America were a strong democracy. In the past, the country’s institutions had shown they had functioned in difficult situations and that they could resolve critical issues “in accordance with democratic principles.”

What Maas said between the lines was that the German government is very critical of the way President Trump behaved during this election, and worried about the situation in the U.S..

Just before his statement was released, Minister Maas went into quarantine “at a house in Brandenburg” for the second time in two months. This time, a person who just tested positive for Corona was part of a “foreign delegation” he had met, the Foreign Ministry in Berlin said. Maas was already tested for Corona once. The outcome was negative.

Earlier, Germany’s Defense Minister Annegret Kramp-Karrenbauer had commented on the U.S. elections by saying the situation there was “explosive”. There was no result yet. Vice Chancellor Olaf Scholz stated, democratic elections were completed once all votes were counted. All citizens needed to have the opportunity to influence the result with their vote.

An official comment from Chancellor Angela Merkel should not be expected before the vote count is completed, officials said. It is no secret that most government members in Berlin, including Mrs. Merkel, favor Joe Biden.