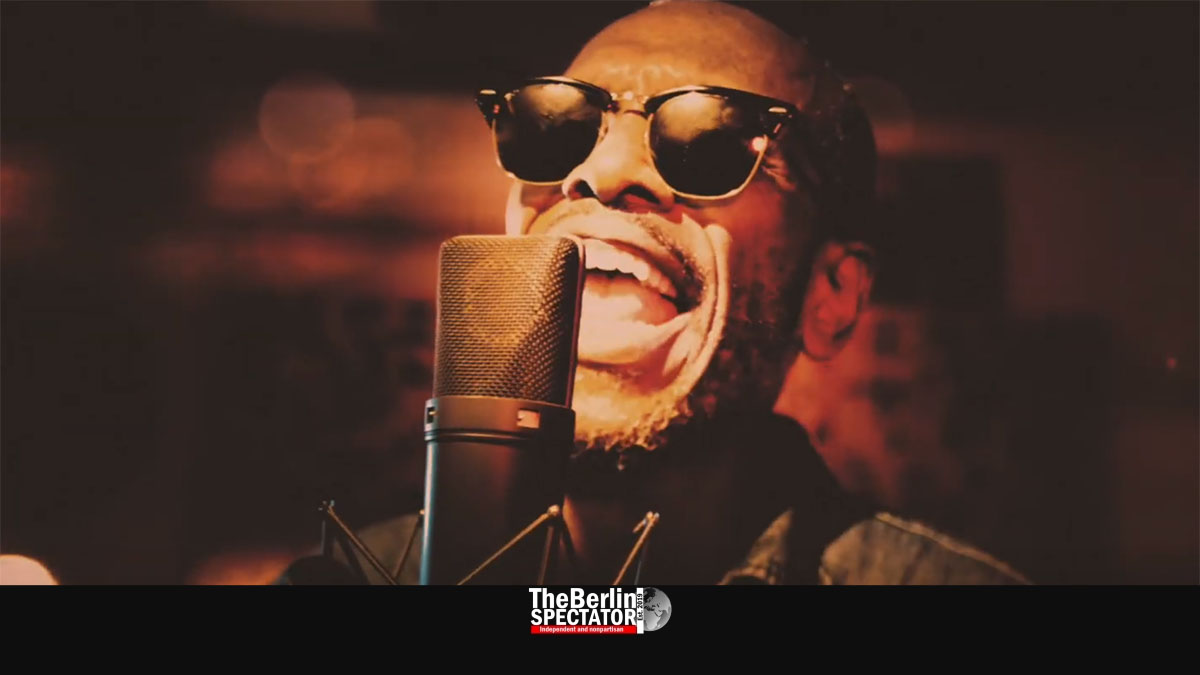 We know this whole pandemic thing will drag on for a long time. In spite of it all, breathtaking music was recorded this year. These are ten examples.

Berlin, November 5th, 2020, update December 30th, 2020 (The Berlin Spectator) — Warning: This is about Funk, Soul, AOR (the stuff they call ‘Adult-Oriented Rock’), Jazz and tunes that were influenced by these genres. Uplifting quality sounds are the focus. All of them were recorded in 2020.

Here, Citrus Sun, a British Jazz-Funk group that consists of the rhythm section of Jean-Paul Maunick’s band Incognito and guest artists, teamed up with the legendary vocalist Noel McKoy this year in order to record an energetic version of Ashford & Simpson’s classic ‘California Soul’.

In this case, the Soul and Pop singer Francisca Thomas gathered with Incognito and the gifted composer, arranger and producer Richard Bull. The outcome is this funky song entitled ‘Fall Into My Love’. Do not miss the interesting breaks that start at 3:01.

‘Canyons’ was released this year, the third album by Young Gun Silver Fox, a group that consists of the American multi-instrumentalist Shawn Lee and the British vocalist Andy Platts. They stand out, also because they are bringing great AOR tunes back to where they belong, namely the present. Shawn Lee, who is also known as a video game producer, is the mastermind behind the project. Mama’s Gun was the name of Platts’ former band in which he was the lead singer before he teamed up with Lee. Together, they are modern day AOR heroes.

The British Jazz-Funk act Light of the World delivered brilliant tunes in the 1980s. Some of the members got back together this year for a new album entitled ‘Jazz-Funk Power’. This tune, ‘Heart to Heart’, is part of it. One of the band’s main contributors, slap bass hero Paul ‘Tubbs’ Williams, died in 2007. His shoes are hard to fill, in many ways.

The IU Soul Revue is a collegiate student performance ensemble directed by James Strong, managed by the African American Arts Institute, and an academic course offered by the Department of African American and African Diaspora Studies at Indiana University Bloomington. So, what did they do here? They interpreted ‘Faces’, a brilliant semi-instrumental originally recorded by Earth, Wind & Fire in 1980. Real Music is alive.

The Heavytones from Cologne are one of Germany’s most convincing Jazz-Funk acts. In this case, they teamed up with vocalist Dave Davis. By recording ’80 Millionen’, this tune sung in German, they reached new target groups and introduced them to stunning, uplifting music of high quality.

Now we are entering Jazz territory. Germany’s gifted composer and trumpeter Till Brönner cooperates with the legendary American pianist, composer, arranger and bandleader Bob James here. ‘Save Your Love For Me’ is a sophisticated and convincing Contemporary Jazz piece.

A new British Jazz-Funk project named Str4ta (yes, written with a 4), released a vinyl album which includes this tune, ‘We Like It’. It sounds ‘homemade somehow’, but with sophistication. We will not say who we think is behind this project because he was already mentioned in at least one more tune. We do not want to look biased, even though we are.

The legendary master drummer Dennis Chambers teamed up with the Ghost Note Band for this killer Fusion performance. This is beyond genius. There are no words, except the following four: Real Music is alive. We just had to reiterate this claim.

The former piano tuner Jarrod Lawson has become one of the most impressive vocalists, pianists and composers of our time. This is the title track of his new album ‘Be the Change’ that has hit the top of several Soul and R&B charts on this planet. Stunning is the right word here.