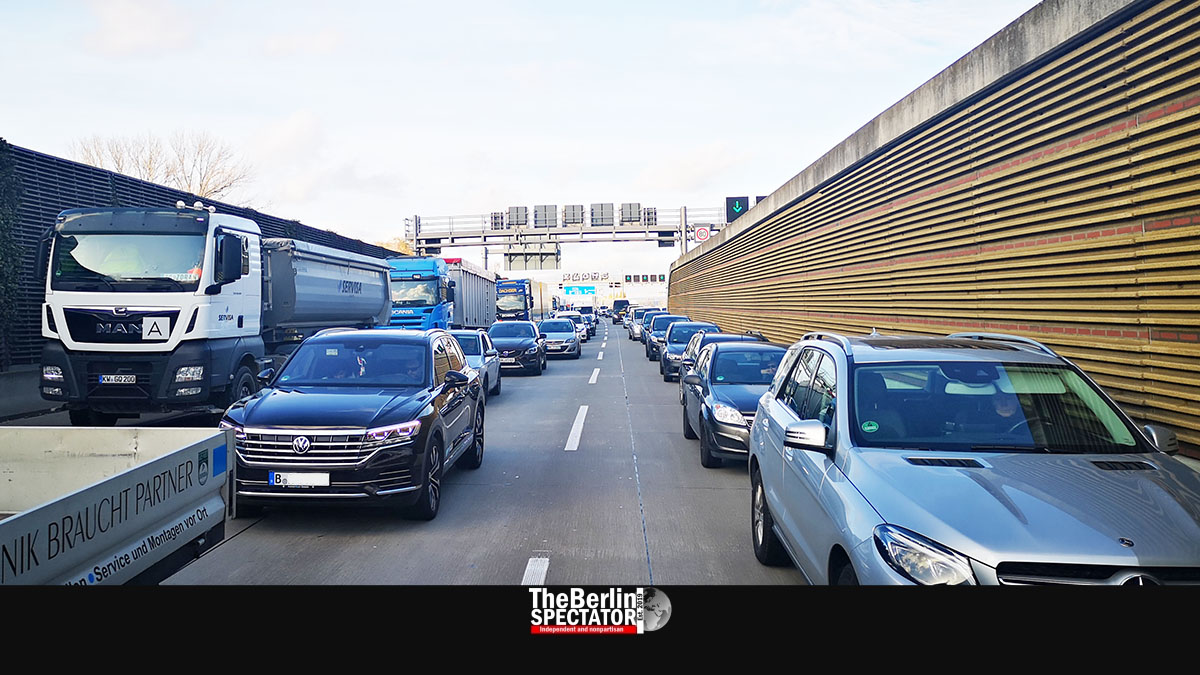 The Berlin Police Department is getting ready for what it calls Traffic Safety Days. Traffic violators might be pulled over and fined, or worse.

Berlin, November 7th, 2019 (The Berlin Spectator) — Traffic in Berlin gives people headaches. There is always someone who believes he or she owns the city and honks at everyone else. Some people ignore other motorists’ right of way, they do not take turns the right way, they race, show each other the finger and behave like morons.

But there are the good guys, dressed in blue, known as the police. They always hunt down traffic offenders, but from November 9th to 13th, they intend to increase the pressure. According to the Berlin Police Department, the officers are supposed to concentrate on traffic issues they often run into.

These are the problem areas they will be looking into:

Taking turns is dangerous when not done properly. This especially applies to right turns. Many drivers do not look over their shoulder. That way they endanger cyclists.

This sort of thing happens far too often in Berlin. Taking those off the streets who drive under the influence of alcohol or drugs is vital, in the truest sense of the word.

On a regular basis, the Berlin Police Department reports it had to hunt down speeders and end illegal races on the streets of the German capital. Pedestrians and motorists are being jeopardized by those who believe speed limits and other rules do not apply to them. In severe cases, police confiscate driver’s licenses and vehicles.

Too many drivers in Berlin mistake red for green, for instance when they already waited in traffic jams for a while and the light turns red yet again, right in front of them.

Many motorists in Berlin check messages and posts on their cell phones while driving, or they take phone calls without using their vehicle’s speaker phone equipment.

In Berlin’s ‘bicycle streets’, cyclists have more rights. For instance, they may ride next to each other. Motorists have to adapt to their speed and give them the right of way. But many do not know or they pretend they do not know.

Too many motorists in Berlin pretend the entire city is their valet parking service area. They park on bike lanes, bus lanes, in the second row and too close to intersections. They will get into trouble next week as well.

On top of it all, the police will check drivers and their behavior around schools in order to make the way to school safer for children.

Of course, motorists are not the only traffic participants who will be checked. Some cyclists and e-scooter riders make mistakes that jeopardize themselves and others.

Police officers will be all over the city on Monday. The best way to avoid trouble is to follow something called traffic rules.