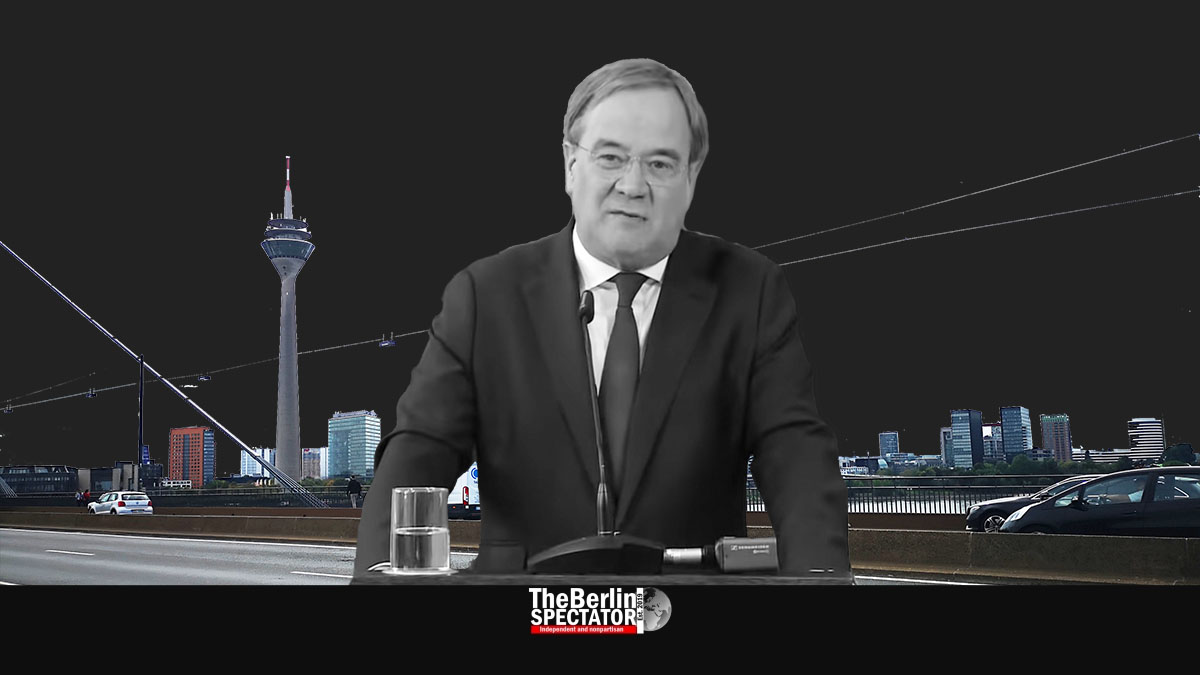 In Germany, it is too early to tell whether the semi-lockdown the government put in place on Monday works, according to the First Minister of North Rhine-Westphalia, Armin Laschet. “We hope we can break the wave”, he said.

Berlin, November 7th, 2019 (The Berlin Spectator) — According to Laschet, it will take some more time to tell whether Germany’s ongoing partial lockdown has the effect it was put in place for. Some numbers had decreased to some extent, Laschet said during an online conference he was part of. But it was too early for a final result. The goal of breaking the second Corona wave would hopefully be reached. It was unclear which decreasing numbers Laschet was referring to. He possibly meant the Reproduction Number.

In Berlin, the number of new infections in 24 hours still exceeded 1,300 last time it was reported, on Friday. The German capital’s Seven Day Incidence Number stands at 188.4 and the number of Corona patients who need to be treated at hospitals rose to 910. Two hundred and forty-four of them are in intensive care, out of which 203 persons are connected to respirators. These numbers are not decreasing, but on the rise, at least for now.

The authorities are experiencing many issues. Local health authorities can still not trace back all Corona infections to their sources because there simply are too many. They are also dealing with quarantine candidates who refuse to follow the rules.

The Interior Minister of the federal state of Baden-Württemberg, Thomas Strobl, reportedly wants to send quarantine refuseniks into compulsory hospitalization. This is about individuals who do not stay in their required quarantine because of Corona infections or due to a suspicion they might be infected. The dailies ‘Stuttgarter Zeitung’ and ‘Stuttgarter Nachrichten’ reported about this first, by quoting a letter Strobl sent to colleagues. Judges are supposed to decide in cases of this kind.

Tomorrow, on Sunday, November 8th, a new rule for travelers will be put in place. Persons who enter Germany from high risk areas will need to fill in a digital registration form which replaces a printed form passengers had to complete. The data, including the address the individuals will use for their mandatory quarantine, will be forwarded to the local health authority in charge so that they can check whether those quarantines are being kept. After 14 days, the data are supposed to be deleted automatically.

In the meantime, a new mutation of the Coronavirus has appeared in Denmark. According to the Danish authorities, twelve persons are already infected. The Cluster 5 Virus was traced back to minks. Many of the animals at mink farms were slaughtered, as a precaution. According to scientists, the symptoms do not seem to be very different from those the Coronavirus triggers. But it is unclear whether any Corona vaccine that might be developed will work against the Cluster 5 Virus as well.