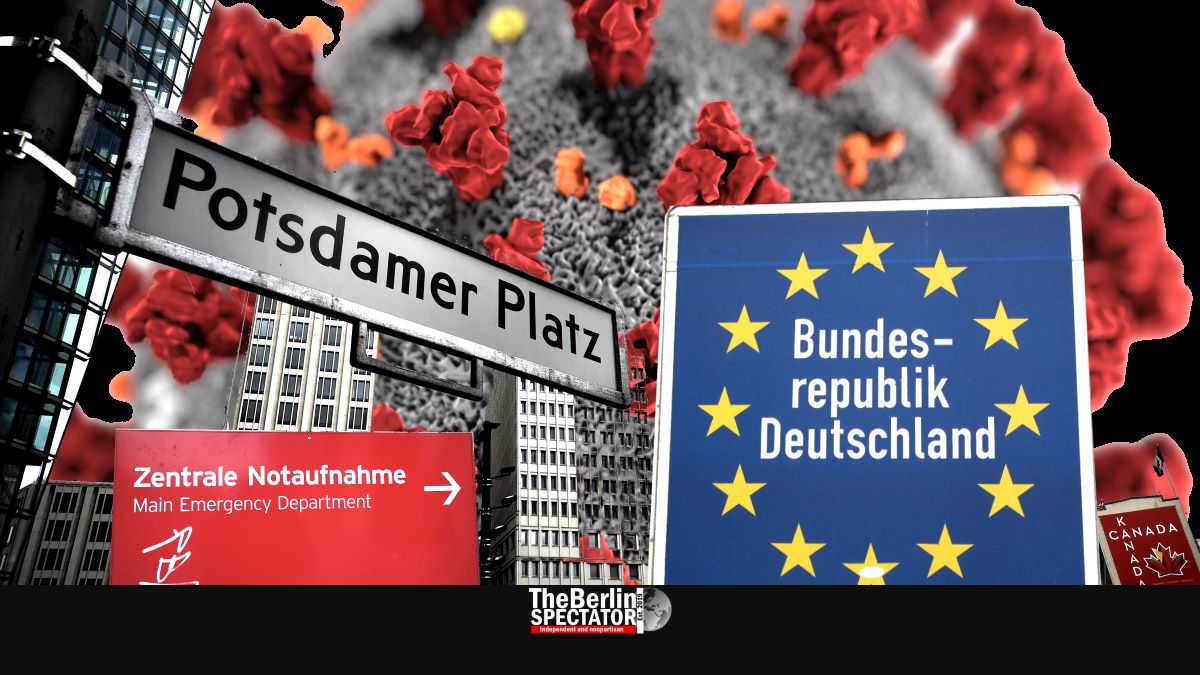 For travelers who enter Germany from high risk countries, new regulations apply starting today. They affect the duration of their mandatory quarantine and the way out of isolation.

Berlin, November 8th, 2019 (The Berlin Spectator) — Germany is surrounded by high risk countries with extremely high Corona infection numbers. This applies to nearly all of its nine neighbors except for Denmark, where the southernmost region, the one located north of the German border, namely Syddanmark, is not a high risk region yet.

Generally, people who enter Germany from high risk countries now need to go into ten-day quarantines. Individuals can shorten that situation by handing in a negative Corona test result, but there is a catch: The test cannot be done until the fifth day of the quarantine. That way, Germany makes sure very recent infections will show.

There are exceptions that may differ, depending on the federal state a person arrives in. But all states within Germany have to apply the new ground rule. Until yesterday, the duration of the mandatory quarantine was 14 days.

Individuals who just use Germany as a transit country on their way to another one are exempt. But they have to leave Germany as quickly as possible. Persons who spent less than 24 hours in a high risk country do not have to go into quarantine either.

There are more exceptions: Commuters may stay in a high risk country longer without going into quarantine in Germany, if they work or live in it. Doctors. caretakers and medical staff members are exempt as well.

Yet another exception applies to parents who share custody for their children in the high risk country they are returning from. High-ranking politicians are exempt. So are diplomats and persons who work in consular sections of embassies, as well as truck and train drivers who transport merchandise.

Travelers who enter Germany need to register digitally. The printed forms they had to fill in until yesterday are history. From now on, those digital registrations will be forwarded to the local health authorities at the traveler’s destination. That way they can check whether the rules, including the quarantine, are being adhered to. The data will be deleted once the quarantine period is over.

In the meantime, train traffic between Germany and Poland will reportedly be restricted starting today. This has to do with the rules the Polish authorities put in place. According to Deutsche Bahn, the restrictions affect the routes from Lübeck to Szczecin and from Berlin to Szczecin. Far less trains per day will be covering those routes.

What the anti-Corona measures in Germany itself are concerned, they might be tightened in case the number of new infections does not drop soon. Baden-Württemberg’s First Minister Winfried Kretschmann told the ‘Funke Mediengruppe’ publishing house, once the ICUs were full, it would be too late. Depending on the developments, tightened measures, including “very harsh ones” might have to put in place, Kretschmann stated.