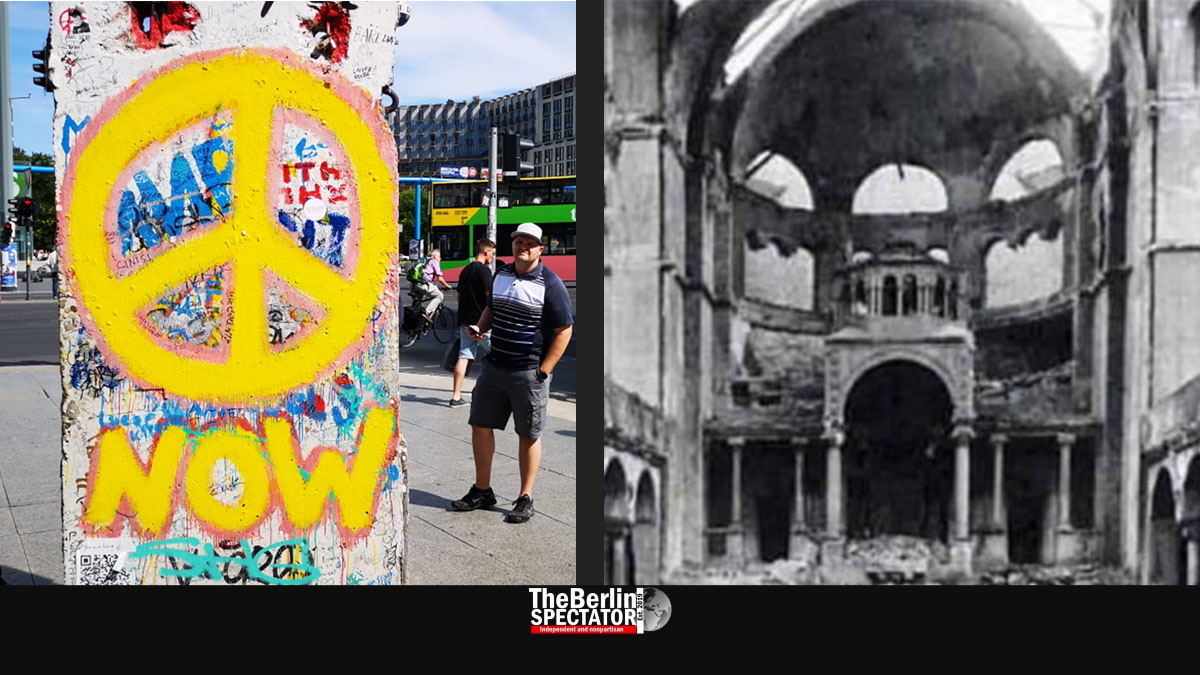 In Germany, November 9th is a historic day. On the one hand, it stands for a very positive development, namely the fall of the Berlin Wall, 31 years ago. On the other, the Night of Broken Glass took place on November 9th too.

Berlin, November 9th, 2020 (The Berlin Spectator) — On Monday, Chancellor Angela Merkel said that on November 9th, Germany remembered “the worst and the best in our history.” This included the events of November 9th, 1938, when people had been driven to their deaths during the pogroms against fellow citizens of Jewish descent, the burning synagogues and the destroyed businesses.

“We commemorate the victims of the Shoah, this crime against humanity committed by Germany, in shame”, Angela Merkel stated.

“And we remember November 9th, 1989, including the people’s cheers and the joy at Brandenburg Gate and along the Berlin Wall, when this horrible structure opened and then fell.” The Chancellor stated that Germany’s reunification in 1990 would not have been possible without the trust the Americans had shown. “I will always be thankful”, Mrs. Merkel said.

The sudden fall of the Berlin Wall was celebrated a lot last year, when the 30th anniversary of the event was remembered in a pre-Corona Berlin. President Steinmeier was at Brandenburg Gate a year ago, Chancellor Angela Merkel was there, the eastern German band ‘Die Zöllner’ performed, and tens of thousands of people attended the big event.

‘Time of Pain and Suffering’

On the 31st anniversary, today, Berlin’s Governing Mayor Michael Müller said the day of the fall of the Wall was a day of joy. “But we do know that commemorating the many victims of the Berlin Wall is also part of this day in the history of our city”, Müller stated.

The division of Berlin with all of its ramifications had been a bitter time for the people of Berlin. To many, it had been a time of pain and suffering. It was important to remember this aspect too, while remembering the happiness on the day when the Wall in Berlin had been open again.

Berlin owed the latter event to courageous people in the former eastern part and in the entire GDR. They had fought for freedom and democracy, as well as against oppression and the dictatorship, persistently and peacefully. Freedom was a joy, Michael Müller said. “But we should never forget how fragile it is.”

Müller also commented on the Night of Broken Glass on November 9th, 1938. “There is no place for antisemitism and Nazi terror in Germany. This is the message of November 9th, the day of commemoration of the victims of the November Pogroms of 1938.”