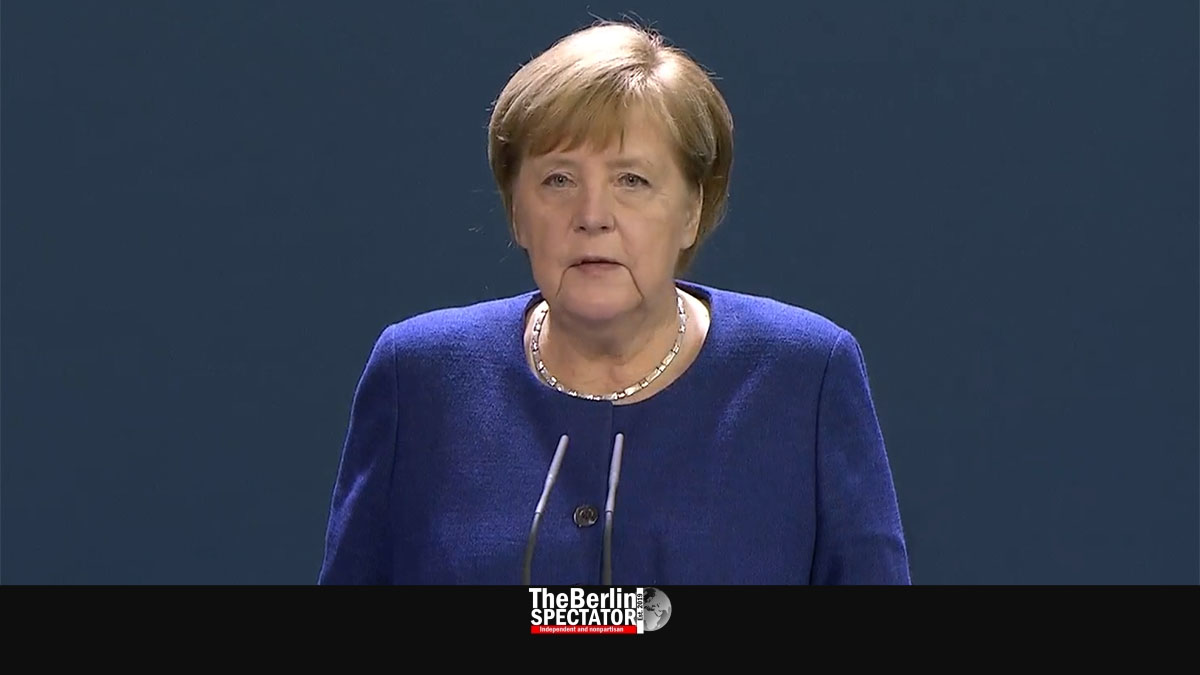 Since the news of Joe Biden’s election victory reached Berlin, government members, including Chancellor Angela Merkel, congratulated the President Elect. The hopes for a refurbishment of the transatlantic relations are big.

Berlin, November 7th, 2020, updated November 9th, 2020 (The Berlin Spectator) — In Berlin, Chancellor Angela Merkel congratulated President Elect Joe Biden. “I sincerely wish him the best of luck and success”, she said. “I would also like to congratulate Kamala Harris, the first female Vice President Elect in your country.” Mrs. Merkel said she was looking forward to working with President Biden. “Our transatlantic friendship is indispensable.”

On Monday, Merkel said the Germans had seen and experienced the big role the United States of America played regarding freedom and democracy in the world. The significance of German-American friendship and the transatlantic partnership for Germany, Europe and the world was big.

The Chancellor repeated her best wishes for President Elect Joe Biden. She said he had gained decades of experience in both foreign and domestic policy and knew Germany and Europe well. Mrs. Merkel said she remembered good meetings and conversations with Biden and that she was looking forward to meet Kamala Harris as well.

“We are NATO partners, we share fundamental values and interests”, Angela Merkel stated this morning. “The United States and Germany as part of the European Union need to stand together in order to meet the big challenges of our time.” She said the latter included the Corona pandemic, global warming and its global ramifications as well as the fight against terrorism. On top of it all, she mentioned the importance of free trade.

The Germans and Europeans knew they increasingly had to take responsibility. “America is our most important ally”, Merkel said. But the U.S. rightfully expected more effort from the Europeans, especially in the field of security. The Chancellor stressed she was looking forward to the cooperation mit Joe Biden and Kamala Harris.

In an opinion piece for the ‘Frankfurter Allgemeine Zeitung’ daily, Germany’s President Frank-Walter Steinmeier commented. “Joe Biden’s election highlights something that connects us with our cousins across the Atlantic on the most profound level. The Americans were the first to believe in German democracy after 1945”, he wrote.

“We Germans should be the last to give them lessons in democracy”, Steinmeier said. “Even if we had nothing else in common, we — Germans and Americans — would still be democrats. This undoubtedly brings us closer than we are to any other region in the world, certainly more so than to China or Russia.”

‘Many Things in Common’

Germany’s Defense Minister Annegret Kramp-Karrenbauer, who also heads Merkel’s conservative Christian-Democratic Union (CDU), said the United States of America and the European Union had many things in common. She stated she was looking forward to a Europe that had close relations with the U.S., for the good of the people on both sides of the Atlantic Ocean. These were times with many challenges, Kramp-Karrenbauer said. “Let’s meet them together.”

For the Social-Democratic Party of Germany, SPD, its chief secretary general Lars Klingbeil congratulated Biden and Harris. A majority of voters in the United States had chosen solidarity, and opposed exclusion. This was a reason to celebrate, Klingbeil said. Democracy was alive and strong.

There is obviously relief in the German government. Neither Chancellor Merkel nor other high-ranking members are known to be fans of President Trump’s policies. Foreign Minister Heiko Maas recently praised the Trump administration’s Middle Eastern successes though. At the same time, he indirectly criticized Trump’s false statements on the election process.

Today, after watching the news from the United States, Maas, who is in quarantine again, said he was looking forward to a cooperation with the next government. Germany wanted “a new beginning, a New Deal.” Once the vote count was completed, he and his people would contact the new administration and come up with suggestions for the future transatlantic relations. Team play was what Germany wanted.

Berlin’s Governing Mayor Michael Müller congratulated Biden and Harris as well. He said Berlin was closely connected to the United States of America. This had to do with the Berlin Airlift, but also with the many years the U.S. had been among the Allies. Visits by the Presidents Kennedy, Reagan, Clinton and Obama to Berlin had been highlights. Also Berlin’s relations with its partner city Los Angeles were part of the strong ties.

“In Berlin we are hoping the term of office in the next four years will unify the U.S. again”, Müller stated. “We are looking forward to intensify the good ties between Berlin and the United States.” The Governing Mayor said he hoped the new President would visit Berlin.

Berlin does not expect all issues to be resolved with Joe Biden’s election. Angela Merkel is a realist. She definitely knows the North Stream II pipeline will not make a Biden administration happy. Neither will Germany’s defense spending. But they do know they will deal with a new President who is not an isolationist, but rather someone who believes in cooperation, democracy and science, and who actually wants to help his people fight Corona and the economical crisis that came with it.

In Germany, most members of the extremist right-wing party ‘AfD’ are Trump supporters. One of their stars, Beatrix von Storch, repeated President Trump’s baseless statements about alleged voter fraud in the U.S. on Twitter.