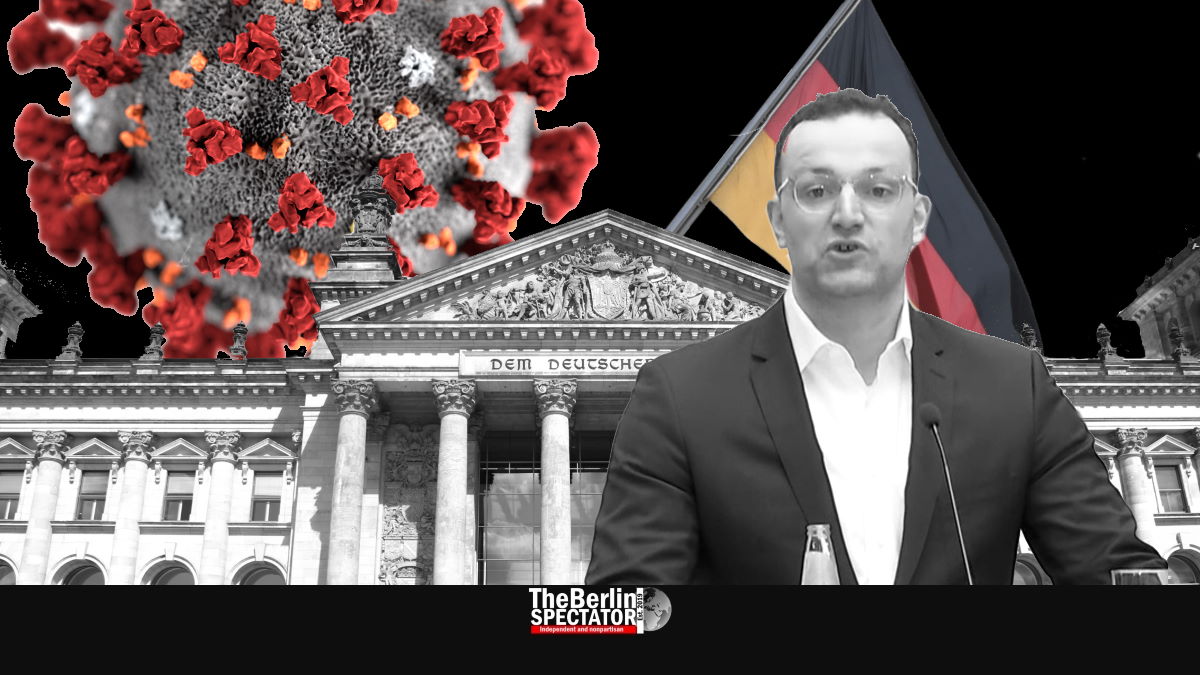 While Health Minister Spahn says tens of millions of Germans are part of a risk group that needs to be protected from Corona, conspiracy theorists and right-wing extremists took to the streets again. This time it was Leipzig.

Note: We made a mistake in this article. It was now corrected. Spahn said up to 40 percent of all Germans were part of risk groups. We apologize.

Berlin, November 9th, 2020 (The Berlin Spectator) — According to Germany’s Health Minister Jens Spahn, up to 40 percent of all Germans are part of a risk group that should definitely avoid Corona infections. Spahn said in an interview with ‘Bild TV’, 23 million Germans were older than 60. Besides, Germany was “a prosperous country with diseases of civilization.” He mentioned diabetes, high blood pressure and obesity.

Spahn also stated the German health system was already under pressure. “Once the intensive care units are full and overburdened, it will be too late”, the Minister said. He defended the ongoing partial lockdown as a necessary measure. Even after the lockdown, Germans would have to expect restrictions. In the ‘Bild’ interview, Spahn asked the nation to refrain from big celebrations during the winter months.

In the meantime, Foreign Minister Heiko Maas slammed conspiracy theorists who staged a protest that got out of hand in Leipzig on Saturday. Members of the ‘Querdenker’ organization of Corona deniers and Nazis had demonstrated against the government’s anti-Corona measures, spread extremist right-wing propaganda and lit barricades. Maas said whoever behaved this way and attacked police and journalists, had left the area of the right to protest.

The Leipzig police is being criticized for even allowing the protesters to take the streets. Many of them did not wear masks as required. Nor did they keep their distance, before the situation escalated. Interior Minister Horst Seehofer defended the police. He said even in a crisis like this one, the right to protest needed to be guaranteed. But the rules had to be followed and enforced.

While Germany is discussing protests, one of its nine neighboring countries, Denmark, is trying to deal with a mutation of the Coronavirus called the Cluster 5 Virus. It is connected to minks. Almost 2 million of these animals at mink farms were already slaughtered, as a precaution, after twelve people tested positive for the mutated version of Corona.

The United Kingdom already reacted by putting in place an entry ban for all Danish citizens, except for those who reside there. Trips to the United Kingdom from Denmark are generally forbidden, for nationals of any country. Britons who come in from Denmark need to go straight into quarantine.

In Germany, the rules for persons who enter the country from high risk regions changed on Sunday. From now on, travelers who come in from countries that fit this category need to go into 10-day quarantines. From the fifth day, they may shorten their quarantine by handing in a negative Corona test result. Also there are new, digital forms that need to be filled in at the border. The data are being forwarded to the local health authorities. They are supposed to make sure, those mandatory quarantines are being kept.