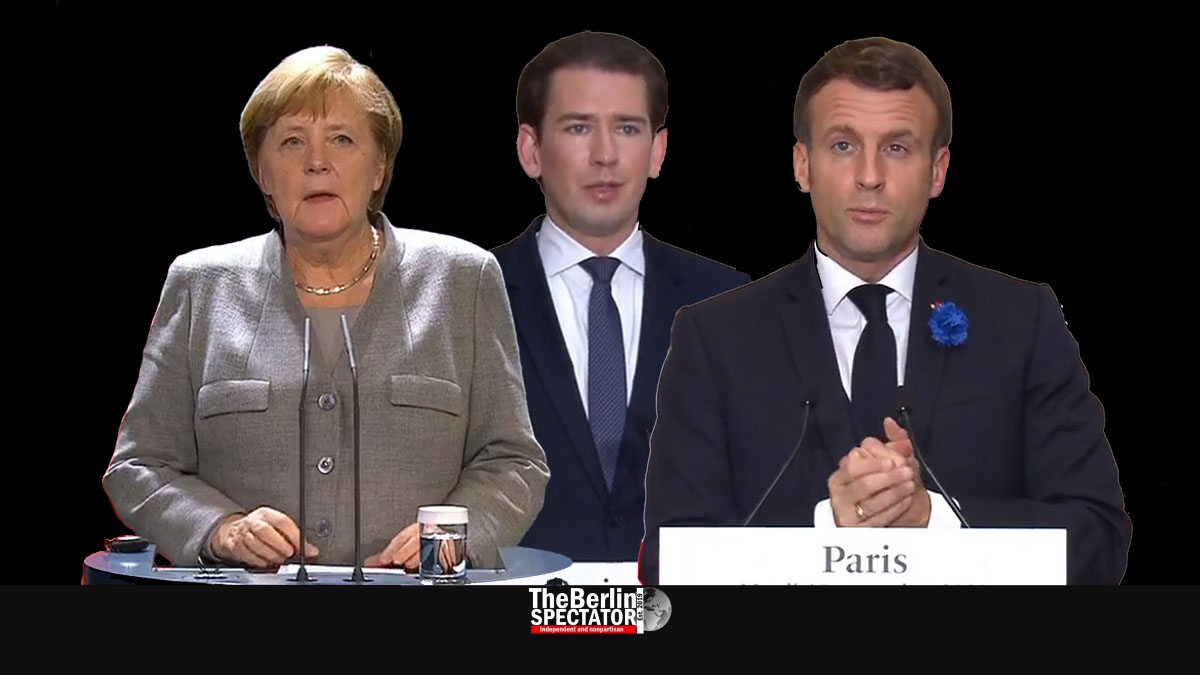 After an online summit on the implications of the latest Islamist terrorist attacks in France and Austria, the Chancellors Merkel and Kurz and President Macron announced they wanted to reform the Schengen Area. They did not announce too many details though.

While the outer Schengen borders are supposed to be protected more, the participating countries’ borders within the Schengen area will remain open, the heads of government said. Of course, leaving them open is the whole purpose of the Schengen agreement.

Angela Merkel said citizens in the Schengen area would not have to expect more border checks. She also stressed the whole endeavor was not about a fight between Islam and Christianity, but rather about doing something against all kinds of extremism.

Macron warned Islamist terrorism had become a “European reality we need to find a quick and coordinated answer to.” He was obviously not the only participant who pleaded for stricter controls at the outer borders.

Kurz stated the European Union needed to “take decisive action against Islamist individuals and secure the outer borders”. But apart from the latter measure, which Kurz, Macron and Merkel mentioned over and over, they volunteered little information about additional ideas.

Chancellor Kurz stated there were thousands of “foreign terrorist fighters” who had returned from Syria, Iraq and other places, some who had “survived the Islamic State” and others who had not reached the areas the IS had fought in, in the first place. Many of them were in jail and would be released in the coming years, Kurz explained. He called them “ticking time bombs” and said those people’s freedom needed to be restricted.

On October 16th, 2020, the teacher Samuel Paty was beheaded by an Islamist terrorist on a street in Paris. Some two weeks later, on October 29th, three persons were murdered at a Church in nice. One of the victims was beheaded as well. In Vienna’s city center, yet another Islamist murderer killed four passers-by a week ago, before he was neutralized by police officers. The authorities in the European Union fear more Islamist terror attacks might follow.