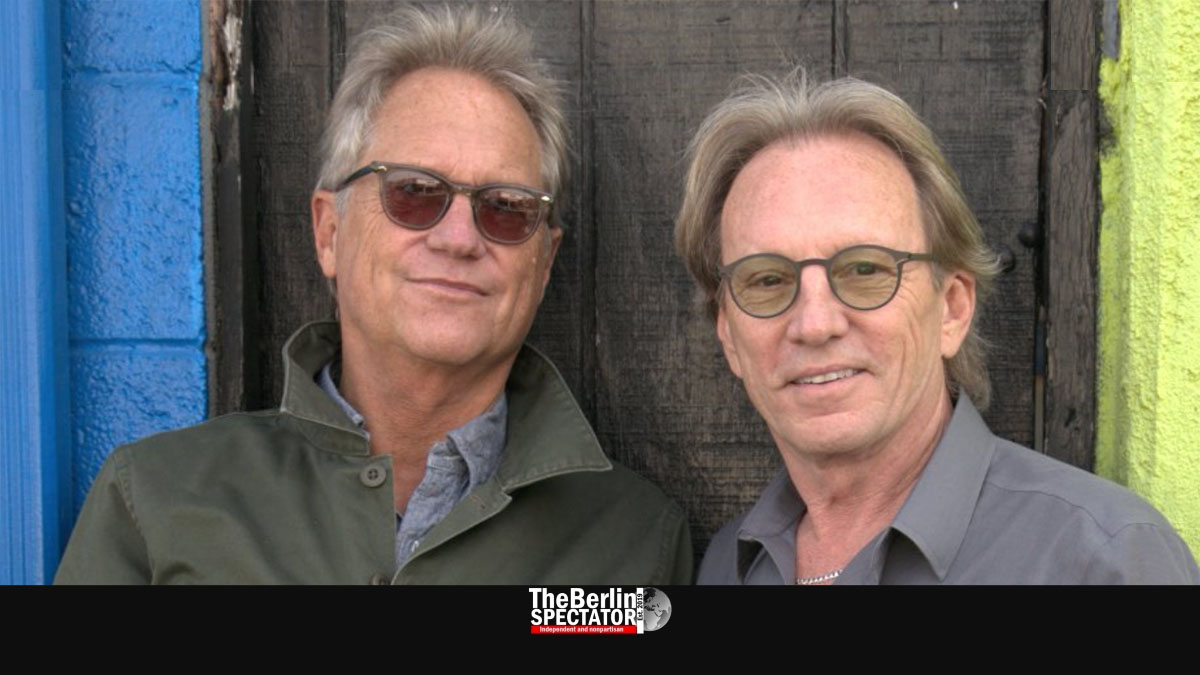 The legendary Folk and Rock band America will be celebrating their 50th anniversary by hitting the road in the United States, Canada and Europe. Three German cities are listed on the touring plan.

Berlin, November 11th, 2020 (The Berlin Spectator) — America’s 1974 album ‘Holiday’ starts with an impressive, soft interlude that could have been the score for the intro scene of a classic Hollywood movie. It is the perfect sound for some countryside footage, trees, mountains and rivers, somewhere in America. The second track on the album is ‘Tin Man’, one of the greatest Folk Rock songs of all time.

‘Tin Man’ hit the Top 10 in the United States. It peaked at number 4. And it was interpreted by several artists. One of the more recent covers was recorded by Incognito, a British Jazz-Funk band, with the American vocalist Carleen Anderson. The acoustic guitar intro is stunning, and the tune’s lyrics have to do with ‘The Wizard of Oz’.

Similar to 10cc’s ‘I’m Not in Love’, some Cat Stevens, James Taylor, Fleetwood Mac, Simon and Garfunkel and Crosby, Stills & Nash songs, or just like America’s own hit ‘A Horse With No Name’, ‘Tin Man’ defined the Folk Rock sound of the 1970s. Yes, the tune is that significant. So is this brilliant band.

Fifty years ago, in 1970, three young men, namely Dewey Bunnell, Dan Peek and Gerry Beckley, founded America in London. They were American nationals, but their parents worked for the U.S. Airforce, which is why the families were sent around the globe quite a bit.

America’s transition from a bunch of guys playing guitars and singing at British clubs to a professional band took only a year. They stuck out from the beginning, for several reasons. Their brilliant and powerful acoustic guitar playing, their singing harmonies and their conservative approach to Folk and Rock made them unique. They have been ever since.

One of their biggest hits was part of most versions of their self-titled 1971 debut album: ‘A Horse With No Name’ is still very convincing today. The same applies to ‘Ventura Highway’. By the way: Why doesn’t anyone ever talk about ‘Sandman’? Because they mix it up with ‘Tin Man’? ‘Sandman’ has all ingredients for the perfect West Coast Folk Rock tune.

Ready for the big news? Here we go: America are coming to Europe in 2021. There it is. We said it. After a well-deserved break during the Corona crisis, they will be hitting seven stages in the U.S. and Canada. Then, on July 7th, 2021, they are scheduled to perform in Albi, located somewhere between Toulouse and Montpellier in southern France.

From London to Cologne

On July 9th, 2021, America are going to be back in London, where it all began half a century earlier. Then it’s back to France. Paris and Nimes are on the list. A bit later, on July 22nd, they are supposed to perform in Cologne, and on the 23rd in Bremen. Pratteln, in Switzerland, is next, before they play in Offenbach on July 26th.

Tickets for America’s gigs in Germany and Switzerland can be purchased here. And their full tour schedule is here.