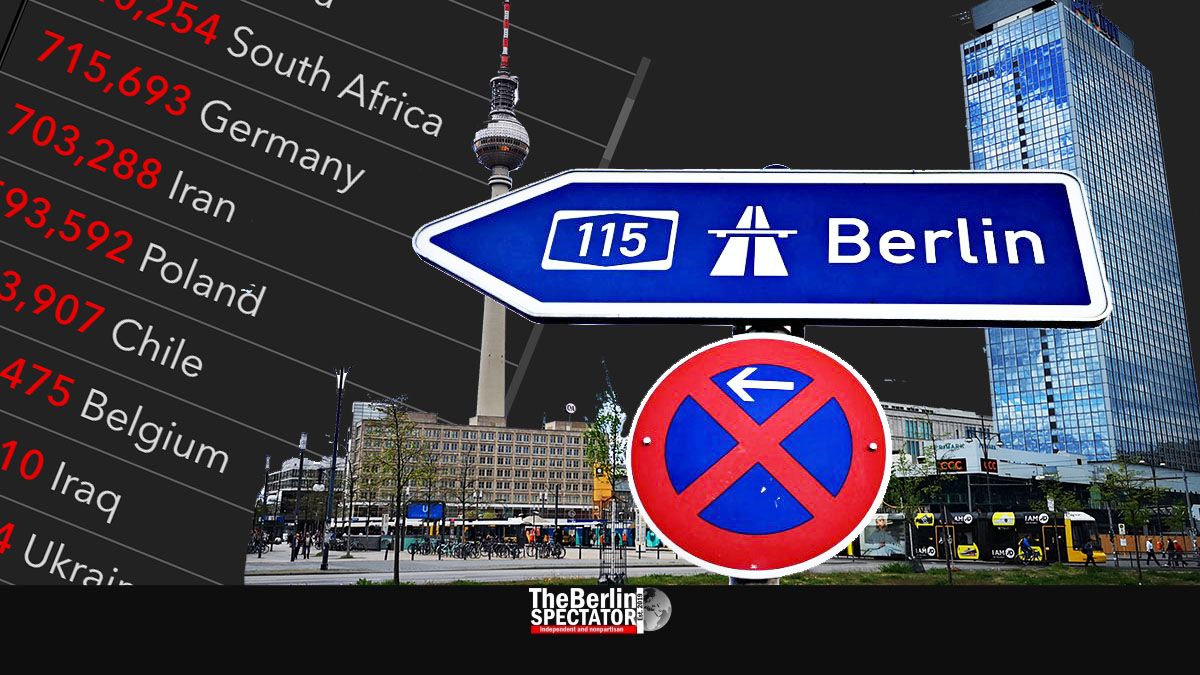 In Germany, a decrease of new Corona infections per day, which some data pointed towards on Tuesday, did not last. The opposite is the case. More than 25,000 new Corona cases were reported since Tuesday morning.

Berlin, November 11th, 2020 (The Berlin Spectator) — Health authorities all over Germany forward data they receive from labs, hospitals and doctor’s offices, along with their own numbers, to the Robert Koch Institute (RKI) every day. Johns Hopkins University processes those numbers too. For Germany, it reported a bit less than 8,000 new infections within 24 hours on Tuesday morning, while the RKI listed some 15,000 new cases.

No Lockdown Effect Yet

The RKI and Johns Hopkins University receive their numbers from the same sources. What the latest variations are concerned, they might have been caused by reporting delays. The latest record number of new infections in Germany is alarming, also because it now seems the ongoing partial lockdown does not have the effect it should start showing, at least not yet.

In Berlin alone, 1,554 new Corona infections were reported within 24 hours. As many as 958 Berliners infected with the Coronavirus are now being treated at the German capital’s hospitals, 261 of them are in intensive care, out of which 219 are connected to respirators. So far, 313 infected persons have died in Berlin.

According to the ‘Bild’ daily, more than 300,000 schoolkids in Germany are in quarantine because of Corona. There has been a sharp increase. Nine days ago, Germany put in place a partial lockdown, but left its schools and kindergartens open. In late September, 50,000 pupils had been in quarantine. This means that the number sextupled within six weeks.

‘Bild’ quoted Heinz-Peter Meidinger, the President of the German Teachers’ Association, who said that more and more schools were forced to close completely. He also confirmed that 30,000 teachers are in quarantine right now. Because of the growing problems at schools, North Rhine-Westphalia’s First Minister Armin Laschet suggested prolonging the upcoming Christmas vacations, in an interview with the ‘Kölner Stadtanzeiger’ daily.

In a video statement, Laschet also asked people not to join carnival events today. Normally, the carnival season in certain regions commences on 11/11 at 11:11 a.m.. “Not this time”, he told residents of North Rhine-Westphalia.

Because of recent good news about a possible vaccine the German companies Biontech and its American affiliate Pfizer might soon produce, Germany’s federal states are preparing for millions of vaccinations ahead of time. In the ‘Markus Lanz’ talk show in ZDF TV, Berlin’s Governing Mayor Michael Müller confirmed reports according to which the city state is planning to set up several ‘vaccination centers’.

Twenty thousand individuals could be vaccinated per day, Müller stated. He confirmed there would be a priority list. At first, members of risk groups and members of the emergency services, including hospital staff, would have the opportunity to get vaccinated.

According to Sierk Poetting, the CFO of Biontech, it will likely be possible to vaccinate 70 percent of all Germans by the summer of 2021. He told the ‘Stuttgarter Zeitung’ daily, his company would do everything it could to make it happen. At this stage, Biontech’s vaccine has not been approved. In the interview, Poetting said that having an approval in the European Union this year was theoretically possible.