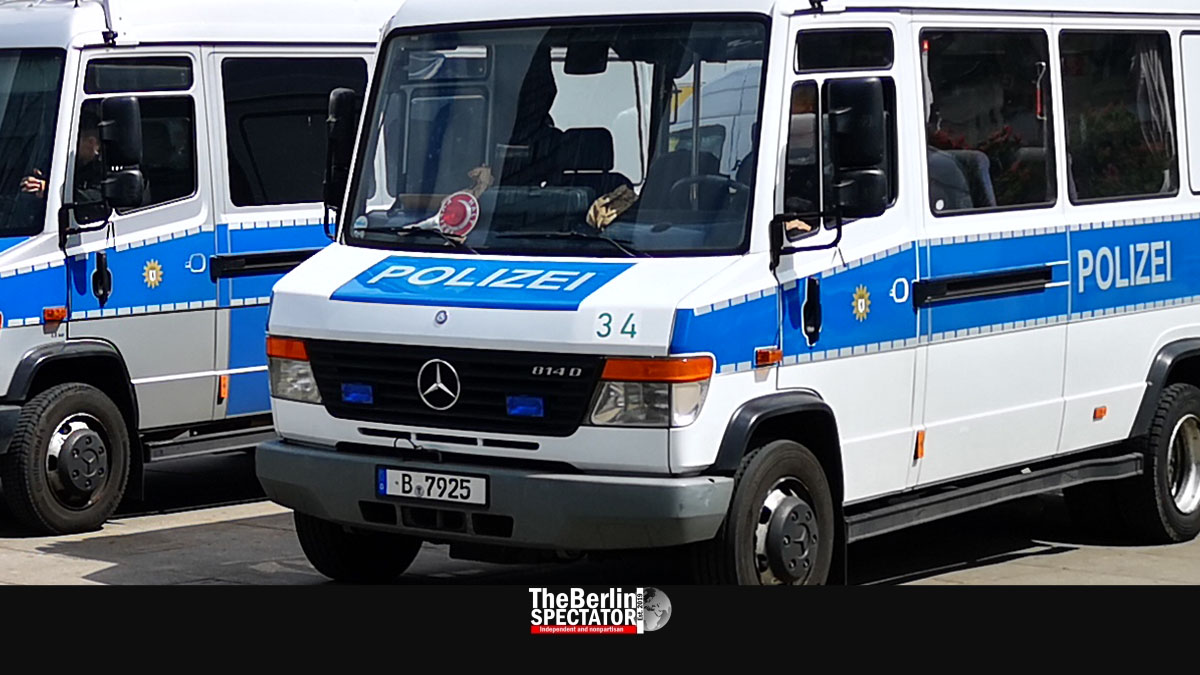 In Berlin’s Kreuzberg borough, as many as 7,500 residents have to leave their homes on Saturday morning because a WWII bomb needs to be defused. The explosive was found on Friday evening.

Berlin, November 13th, 2020 (The Berlin Spectator) — Thousands of residents in Kreuzberg, a borough in Berlin, were going to be evacuated from a perimeter on and around Neuenburger Strasse on Saturday morning because of a WWII bomb find. The explosive weighs 250 kilos (551 pounds) and needs to be defused before it explodes in an uncontrolled way. It was found at a construction site at Berlin’s patent office.

On Friday, the police set up the perimeter which includes Neuenburger Strasse as well as parts of Alte Jakobstrasse, Lindenstrasse, Alexandrinenstrasse, Gitschiner Strasse and Franz Künstler Strasse (see perimeter map in new browser window, provided by Berlin Police Department via Open Street Map). At least one church and one hotel are affected. According to the Police Department, the Berlin Fire Brigade will be involved in the evacuation as well. Seven thousand five hundred people have to leave their homes temporarily.

In the evening, the Berlin Police announced the bad news. They said the evacuation would begin at 8:00 a.m. on Saturday. “In Neuenburger Strasse, a 250 kilo WWII bomb was found”, a statement read. “Tomorrow, our specialists from the State Office of Criminal Investigations will defuse it.” For that reason, all residents within a radius of 300 meters around the bomb’s location needed to be evacuated. People were asked to set their alarm clocks.

The Berlin Police Department has its own bomb disposal unit. It is a team with plenty of experience. That is because thousands of American and British bombs rained down on Berlin 75 years ago, when the Allies were in the process of defeating fascist Nazi Germany. Many of those bombs did not explode. They pose a danger to Berlin’s residents.

Sometimes, even more people need to be evacuated, train and bus lines are being stopped and businesses have to close. On January 22nd, 2020, Governing Mayor Michael Müller and many other persons had to be evacuated from Red City Hall, and lots of restaurants closed when a WWII bomb was found close to Alexanderplatz Square shortly before the Corona crisis commenced.

Recently, two of those bombs were defused in Potsdam, the capital of neighboring Brandenburg province. In Berlin’s Britz neighborhood, yet another WWII bomb was disarmed on July 20th.

In this latest case in Kreuzberg, residents were asked to keep up to date through the media. Usually, some elderly, handicapped and sick residents cannot move on their own. The fire brigade will help them. Police officers usually make announcements on site through loudspeakers and go from door to door.

The Friedrichshain-Kreuzberg district is responsible for providing one or more emergency accommodations for the residents affected. Because of the Corona crisis and the partial lockdown that has been in place since November 2nd, things are more complicated this time. It is unclear when the residents can return to their homes and whether the U-Bahn train lines 1 and 3 might have to be stopped.