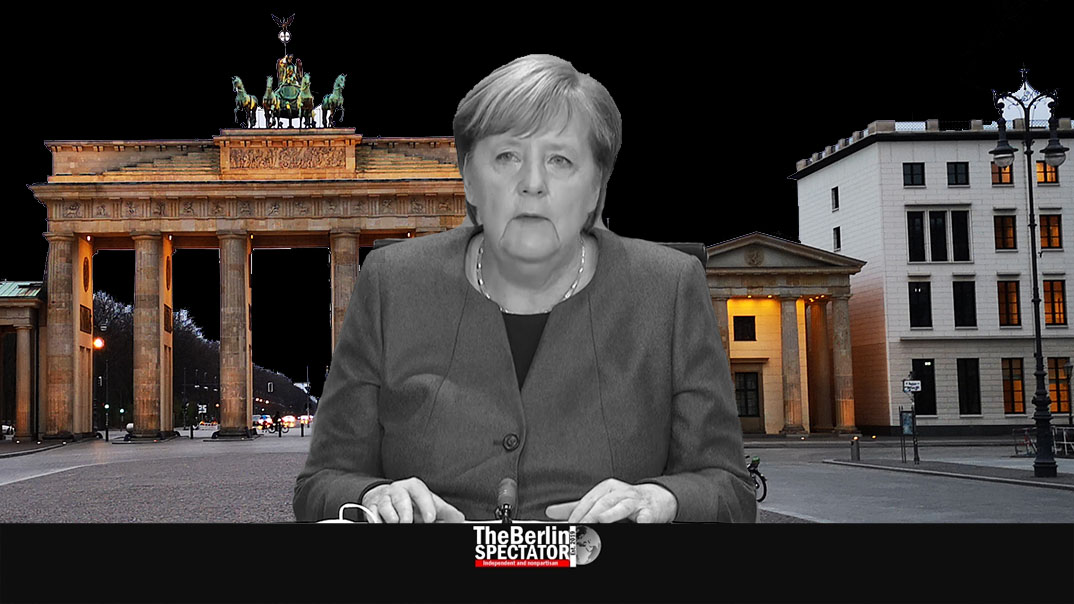 Angela Merkel’s government and the First Ministers of Germany’s federal states are under pressure. They have to do something to decrease the Corona infection numbers. But there are hardly any options left.

Berlin, November 14th, 2020 (The Berlin Spectator) — Two days ahead of Chancellor Angela Merkel’s next Corona summit with the First Ministers from Germany’s sixteen federal states, and fourteen days into the second partial lockdown in this crisis, things are not looking good. The number of new Corona infections remains high.

In the past 24 hours, far more than 20,000 new Corona cases were reported yet again. The Robert Koch Institute’s (RKI) number is 22,461. Johns Hopkins University counted 22,261 of them. Contrary to what it had looked like on Tuesday, the Corona numbers are not improving much.

What this means for the decisions Mrs. Merkel and the heads of government in the states might take on Monday remains to be seen. It is very unlikely the Corona summit will ease any restrictions in this situation. The opposite, a tightening of the Corona rules, is far more probable.

When it comes to implementing stricter rules, there are not too many options left. The schools and kindergartens could be closed, but this is something the government wanted to avoid by all means. Or the freedom of movement could be restricted more along with the contact rules, meaning the partial lockdown could theoretically be turned into a full one.

This is not too likely, also because the acceptance of the Corona rules in the population would suffer. Another possibility is that the Chancellor and the First Ministers could just decide to wait for the effects of the partial lockdown a week or two longer and that they might cling to the “cautious optimism” the RKI’s Director Professor Lothar Wieler had expressed on Thursday.

At the Berlin Bundestag, Ralph Brinkhaus, the floor leader for Angela Merkel’s conservative Christian-Democratic Union (CDU) said tough weeks were ahead. According to several German-language media, he sent a letter to his colleagues at the parliament in which he wrote considerable efforts were necessary because Germany had not broken the trend in regard to the Corona numbers. This was about more than just slowing down the increase. Germany’s goal was to get rid of the high numbers.

In Berlin, one of the nation’s Corona hotspots, the situation keeps on deteriorating. The city’s Seven Day Incidence Number stands at 209.6, the Reproduction Number is increasing again, in five out of twelve districts, the Incidence Numbers are above 200, in one, namely ‘Mitte’, it is even 336.5, which means that more than 336 out of 100,000 inhabitants got infected with Corona in the past seven days. That number is almost ten times as high as it should be. At a level of 35, the local health authorities can still cope. At this stage, the virus is spreading in an uncontrolled way.

In the federal state of Hesse, 1,030 elderly people in retirement homes are infected with Corona. The same applies top 600 caretakers. All over Hesse, 181 out of 835 facilities of this kind are affected. There is fear more retirement homes might follow. Hesse is not alone. Back in Berlin, a foster home in the Lichtenberg borough was evacuated on Friday, because 50 out of 80 individuals who lived there tested positive for Corona.