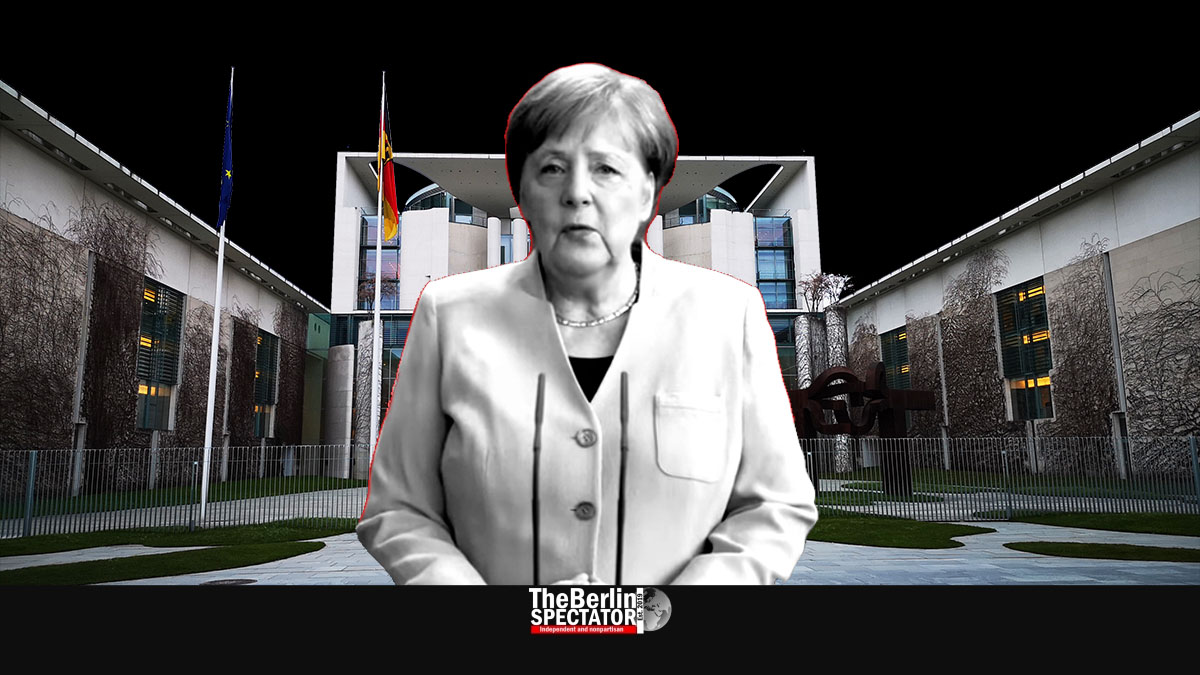 Since the number of new Corona infections in Germany remains high in spite of the ongoing semi-lockdown, the government wants stricter contact rules. This step is part of a draft proposal that leaked before today’s Corona discussions at the Chancellery.

Berlin, November 16th, 2020, Update 1:10 p.m. (The Berlin Spectator) — The ongoing partial lockdown in Germany is supposed to break the second Corona wave which has hit the European continent hard. So far, this goal has not been reached. It seems probable that the daily infection numbers would be a lot higher than they are if there had not been any lockdown, but this aspect does not justify easing any restrictions, to the opinion of the federal government. The opposite, tightening the restrictions, might be necessary.

During the weekend, Chancellor Angela Merkel, Commerce Minister Peter Altmaier and several First Ministers in Germany’s federal states sent out different signals, but not one of them suggested restrictions needed to be eased or dumped. Mrs. Merkel said the winter would demand a great deal from people, Altmaier talked about “substantial restrictions for the next four to five months”, in interviews.

In ZDF TV’s ‘Heute’ news broadcast, Malu Dreyer, the First Minister of Rhineland-Palatinate, said the lockdown had broken the “dynamics” of this Corona wave, but the numbers had not shrunk far enough. She was not alone with that position. At the Chancellery, several First Ministers discussed a draft proposal with Chancellery Minister Helge Braun on Sunday night, hours before the official Corona conference scheduled for today. They included Saarland’s head of government Tobias Hans. In a television interview beforehand, he supported a tightening of the rules.

No Private Parties Until Christmas

Now, several German-language media reported about the content of the draft proposal the government pieced together. It says people should be allowed to gather in public with members of their own household and up to two persons from one more household. Today’s limit of up to ten people from two households is less strict for most people. It really depends on the size of the family they live with.

According to the draft proposal, people need to refrain from celebrating private parties until Christmas. Children and adolescents are supposed to pick one friend they want to meet with during the lockdown. Private meetings should be limited to members of one more household, and always the same one. On top of it all, the proposal says persons with any cold symptoms have to go into quarantine in their homes immediately. Germany’s federal government also wants to provide FFP2 masks to elderly people for reduced prices.

In addition, Berlin supports an extension of the mandatory mask rules at schools to everyone at all times, including primary school kids and teachers who would have to wear masks during class as well. The size of grades and learning groups is supposed to be slashed in half where classrooms are not big enough. The latter would be a huge additional challenge for schools all over Germany. They are already drowning in additional work thanks to Corona and the restrictions. According to German-language media reports published on Monday afternoon, the discussion about new rules at schools was postponed by one week at a meeting of Angela Merkel’s CDU even before the Corona conference commenced.

In an interview with ‘Bild’ on Sunday, Bavaria’s First Minister Markus Söder demanded uniform rules for all schools in the country and supported the approach included in the draft proposal. He said those who wanted to keep the schools open needed to go for mandatory masks in primary schools as well.

Whether any decisions will be taken during Mrs. Merkel’s Corona meeting today remains to be seen. Several federal states want to wait another week, until the next meeting on November 23rd, 2020, because they believe the partial lockdown is just beginning to show its effect right now.

But what is next, even if the number of new Coronavirus infections does decrease to some extent? Tens of millions of Germans are hoping to be able to celebrate Christmas with their relatives. But, at this stage, the situation does not look good at all. In order to be on the safe side, the Seven Day Incidence Number in Germany would have to move below 35 and stay at that level. Yesterday, it stood at 142.5.