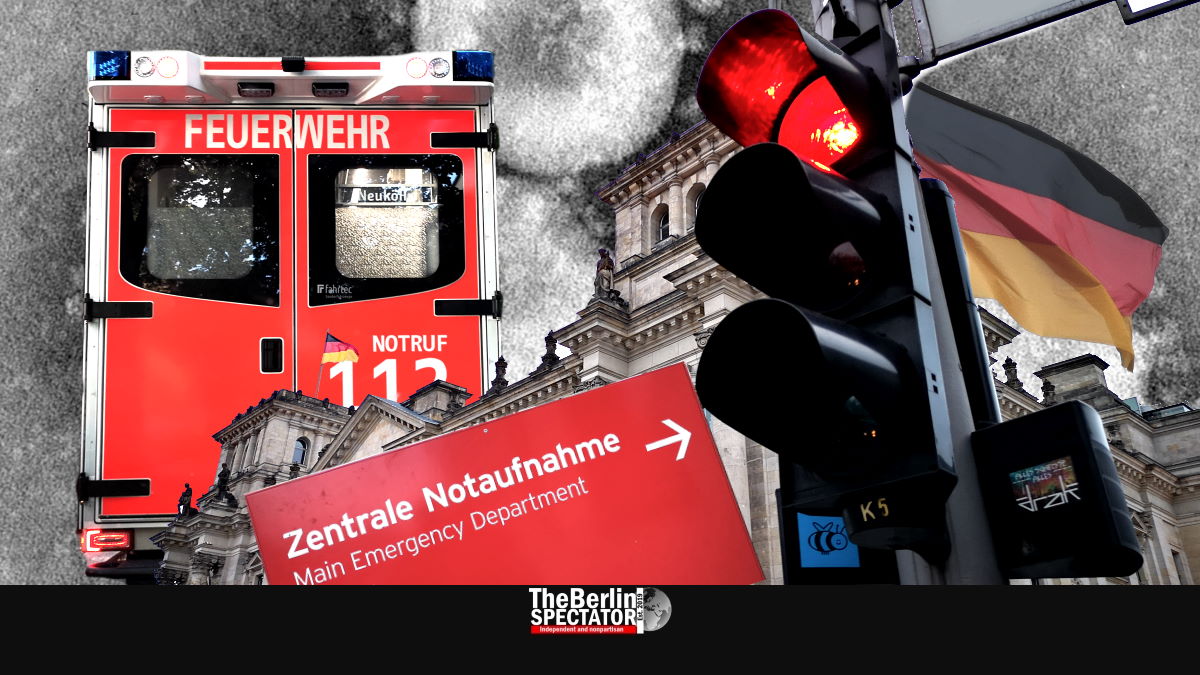 While the number of new Corona infections in Germany remains high, two and a half weeks into the lockdown, the country’s federal states are preparing vaccination centers. President Steinmeier wants Germany and Europe to share vaccine contingents with poor countries.

Berlin, November 18th, 2020 (The Berlin Spectator) — Two and a half weeks after the ongoing partial lockdown was put in place in Germany, the number of new infections remains high. According to the Robert Koch Institute in Berlin, 17,561 new Corona cases were reported within 24 hours. Comparing the total number of Coronavirus infections provided by Johns Hopkins University this morning, 843,757, to yesterday’s number, 817,526, will lead to an even bigger difference: 26,231. As many as 305 more Corona patients in Germany died within a day. The total number of Corona-related deaths therefore grew to 13,119.

In Berlin, a major hotspot in Germany, the numbers are definitely not dropping yet. Within one day, 1,572 new Corona infections were reported and 22 Corona patients died within 24 hours. As many as 1,038 Corona patients are now being treated at the German capital’s hospitals, 288 at ICUs. Out of the latter patients, 216 are on respirators.

Looking at the Seven Day Incidence Numbers in Berlin’s districts even hurts. In ‘Mitte’, it hit an all-time high and stands at 379.5, in Neukölln it is 328.9 and in Tempelhof-Schöneberg it rose to 285.5. For the entire city of Berlin the Incidence Number is 227.0.

While companies like Moderna, Biontech and Pfizer are working on their Corona vaccines, Germany’s federal states are in the process of preparing vaccination centers. North Rhine-Westphalia, Germany’s largest province, expects its investment for those centers to amount to 100 million Euro (118.7 million U.S. Dollars or 89.5 million Pounds Sterling), according to the ‘Rheinische Post’ daily.

The publication reports, syringes and other material would cost more than 5 million Euro, the storage for the vaccine itself 3 million Euro and the logistics 7 million Euro. The price tag for running 53 vaccination centers will be 65 million Euro (77 million Dollars or 58 million Pounds).

Berlin intends to reopen Tegel Airport, which it just closed, but not for flights. It is supposed to become one of six vaccination centers in the German capital, along with former Tempelhof Airport, an ice rink in the city center, the Velodrome in the Pankow borough as well as the Arena venue in Treptow.

President Frank-Walter Steinmeier wants Germany and the European Union to share its Corona vaccine with poor countries. “Germany and Europe should transmit a political signal now”, Steinmeier wrote in a piece for the ‘Tagesspiegel’ daily. He said they needed to show they were ready to share part of their vaccination contingent, in order to help protect medical staff in countries that could not afford the medication needed.

Several German-language media reported, Chancellor Angela Merkel was expecting difficult negotiations, with the First Ministers from Germany’s sixteen federal states, about the anti-Corona strategies for Christmas and New Year’s Eve. Mrs. Merkel was quoted saying she hoped “things” would be achieved next week. Another Corona meeting with the Chancellor and the First Ministers is scheduled for November 25th. At the last meeting, on Monday, decisions about tightening Corona rules had been postponed.

After the deliberations, Angela Merkel had asked the nation to limit contacts persistently and to refrain from celebrating private parties, from using public transport whenever possible and from taking daytrips or touristic journeys.