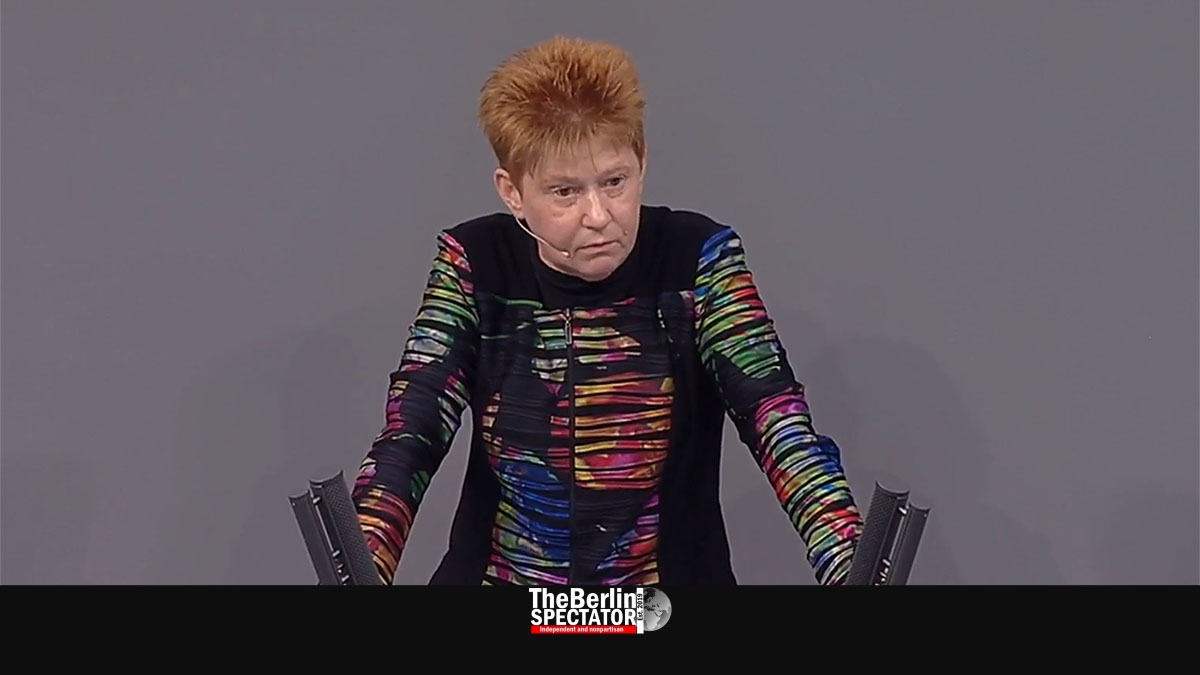 At the Berlin Bundestag, MPs for all democratic parties sharply criticized the extremist right-wing ‘AfD’ in a televised debate on Friday. The issue: ‘AfD’ members had let Corona deniers enter the Bundestag on Wednesday, where they harassed MPs, including a Minister.

Berlin, November 20th, 2020 (The Berlin Spectator) —  Numerous members of the Berlin Bundestag slammed the radical right-wing ‘AfD’ on Friday morning, saying this time the party had gone too far. Three of the ‘AfD’s MPs supposedly invited Corona deniers into the Bundestag during their protest on Wednesday. The guests, at least one of whom turned out to be a radical Youtube personality, harrassed Commerce Minister Peter Altmaier and MPs of several parties after entering their offices.

The matter is being investigated by the Bundestag’s own police, and it might be a case for the prosecution. This morning, MPs commented on the scandal. For the conservative CDU, Michael Grosse-Brömer said, what had happened on Wednesday had been “an attack on the free mandate” of MPs “and on parliamentary democracy.” Grosse-Brömer said the ‘AfD’s behavior the other day was “the low of the party’s long-term strategy.”

For the liberal party FDP, Marco Buschmann said the ‘AfD’ wanted to “drag democracy through the dirt” because they hated it. “Our democracy is stronger than your hatred”, he told the right-wing extremists. For the left-wing ‘Die Linke’, Petra Pau (on photo at top of page) said “Germany’s democratic society has to protect the country from the ‘AfD’.”

The conservative CSU’s MP Stefan Müller stated, the enemies of democracy were not just outside, but rather “sitting right here in the Bundestag”. He pointed at the ‘AfD’ caucus. His colleague Patrick Schnieder, a CDU member, said the ‘AfD’s actions on Wednesday had been “the revocation of everything parliamentary democracy represents.” Schnieder addressed the ‘AfD’ caucus direcly. “You unmasked yourselves on Wednesday”, he said. The hideous face of those who wanted to destroy democracy had appeared.

For the ‘AfD’ itself, its floor leader Alexander Gauland said the fact that guests who had been invited by “two members” of his party had harassed MPs. He apologized and said the “heated atmosphere” outside had been transferred into the building. At the same time he accused the other parties of double standards. Several other speakers accused Gauland of hypocrisy.

On Wednesday, both the Bundestag and the Bundesrat had ratified an addition to the German Infection Protection Act. Corona deniers and right-wing extremists, including ‘AfD’ members and former colleagues of theirs, had staged protests against the amendment of the law at the same time. Hardly any participants wore masks, which is why police ended the rally. Because nobody followed orders to leave the location, the police watered them using water guns.