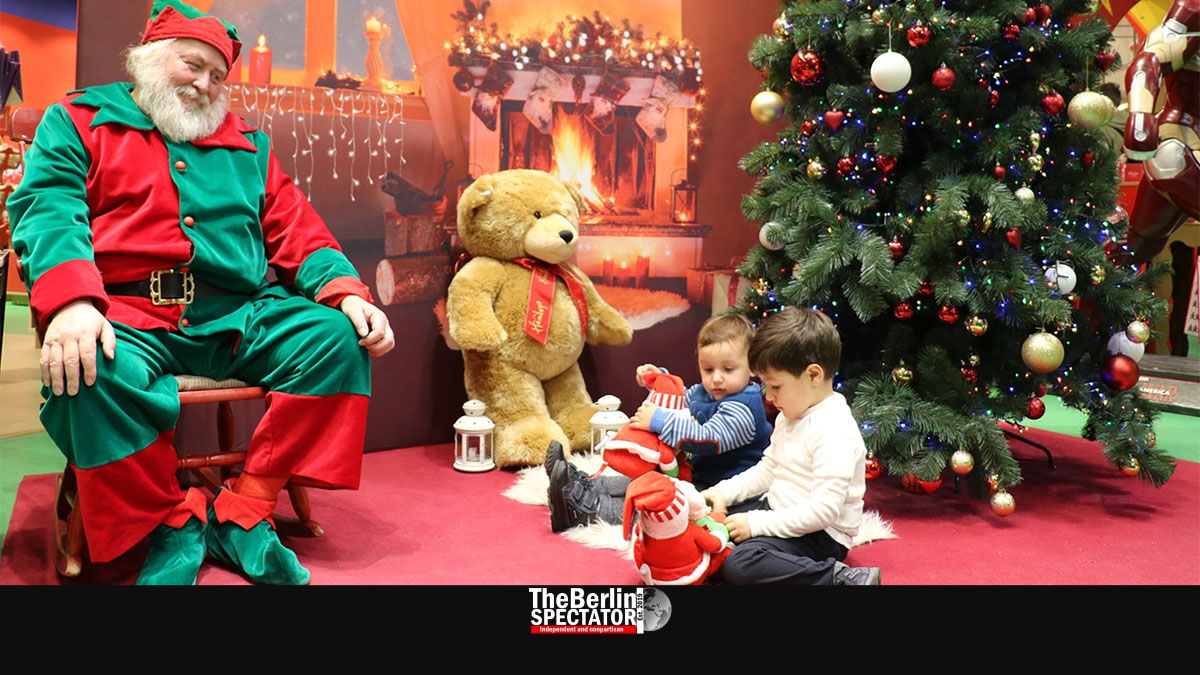 Christmas may be Christian, but almost everyone in Germany celebrates it one way or another. Most people love some or all nice traditions connected to the holiday, and the food.

Berlin, November 23rd, 2020 (The Berlin Spectator) — It all starts with Christmas products in supermarkets. Typically, they can be found starting in September. Sure, they are exaggerating, but who cares? Soon they might start offering those spiced cookies in spring. So what? In November, the rat race for presents begins. On December 24th, the typical family will sit around the dining table. But we are getting ahead of ourselves here. Let’s slow down. Deceleration will do us good.

Ahead of Christmas, getting colorful Advent calendars (‘Adventskalender’) for kids is mandatory. They are made of cardboard and plastic and have 24 little doors, one for each day from December 1st to 24th. Little chocolate treats are hidden behind those. Just make sure the chocolate is not being eaten before it is supposed to. Advent calendars were invented by German Lutherans.

Those spiced cookies (‘Spekulatius’) and gingerbread cookies (‘Lebkuchen’) Germans love so much are addictive indeed. The same applies to various kinds of chocolate-coated cookies that pop up in those supermarket shelves before Christmas. More healthy items, such as nuts and tangerines, are usually part of the deal as well.

Who could resist what the Germans call Christstollen? Obviously nobody. It was a rhetorical question. But do pick the right kind. First of all, cheap Stollen is usually not too convincing. Secondly, ‘Marzipanstollen’ and ‘Mandelstollen’ can have a very intense taste. ‘Butterstollen’ and ‘Dresdner Stollen’ are probably the most popular kinds. Any kind of Christstollen should be cut into slices and consumed with butter.

In late November and early December, one of the most important activities is baking cookies and decorating them, for instance with tiny chocolate chips. The dough used in Germany mostly tastes a little too good, which is why half of it is usually gone by the time it is supposed to be rolled and cut.

What is next? The Advent. The four Sundays leading up to Christmas are the Advent days. This year, November 29th is the first one. Almost everyone in Germany has an Advent wreath with four candles. On the first Advent, one of those will be lit. By the fourth advent, it is all of them. Those wreaths are made of fir branches that easily catch fire. Preparing a bucket of water or a fire extinguisher is recommended, also because of the danger the tree can pose.

Most Germans dislike artificial Christmas trees made out of plastic. They would rather pay 20 to 40 Euro for a real one. In late November and December, they are being sold at intersections in all German towns and cities. The tree requires candles, or safer kinds of lights, and Christmas tree decorations. Some 30 million Christmas trees per year are being sold in Germany. By the way: Let’s not forget the Christmas market, yet another German invention, either. This tradition has spread to locations around the world in the past 20 years.

In Germany, Christmas Eve is a stressful day. People’s activities include preparing the presents and the dinner. Hardly anyone follows the ancient fasting tradition anymore. The fish and the potato salad many Germans eat on Christmas Eve sort of symbolize the fasting. By the time the last piece of potato is gone, some children will already be playing with their new toys, but the distribution of presents usually takes place after dinner. Patience is a good virtue here.

Many practicing Christians, but also non-believers, like to go to a Christmas service. It usually starts at midnight. Especially in the far more religious south of Germany, there will be Christmas services at churches in every village.

Then, on December 25th, the first of two Christmas Days, geese with potato dumplings and other delicious meals are being eaten all over Germany. By the time Christmas is over on December 27th, when the relatives go home, nobody will fit into their clothes anymore. But this, of course, is not limited to Germany. Both December 25th and 26th are official holidays. Will supermarkets be open? No. This is Germany, remember?

In December, most Germans wish each other “fröhliche Weihnachten”, “merry Christmas”, no matter whether they are talking to Christians, Jews, Muslims, Hindus or Buddhists. Trying to do it like the Americans might actually be a better idea. They usually wish people “happy holidays”, to be on the safe side. By the way: Hanukkah commences on December 10th this year.

There is one aspect that will likely mess up both Christmas and Hanukkah for many families, one that will keep people apart and one that will make everyone remember the Christmas holiday of 2020. We all know what it is. But the word ‘Corona’ will not be part of this feature. Oooops.