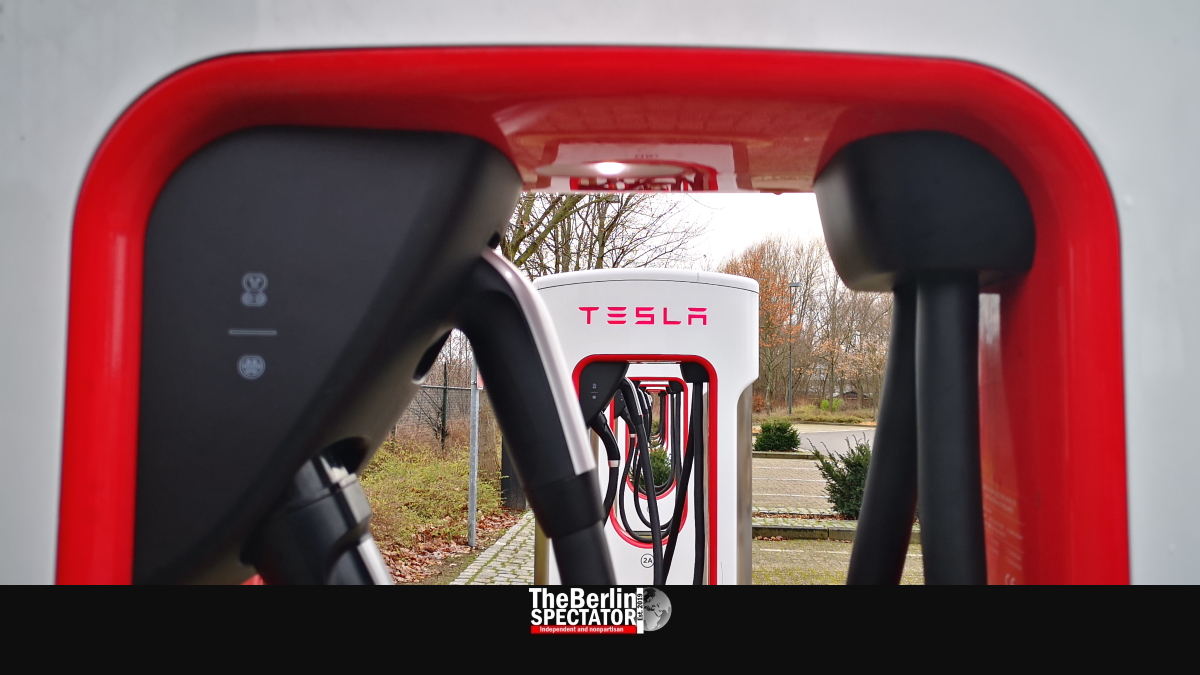 Saying the sky was the limit would be an understatement. Elon Musk just extended his plans for the German Tesla factory. What is certain is that they will not suffer from boredom out there in Brandenburg.

Berlin, November 25th, 2020 (The Berlin Spectator) — In February, Tesla started turning a small industrial area in Brandenburg into a giant one. The Californian company also broke all records what construction speed in Germany is concerned, meaning they accelerated things using the kickdown approach. A Model S accelerates to 60 mph in 3 to 4 seconds. Its manufacturers build huge factories within a few months.

The original plan was to build Model Ys. Then it became the ‘Berlin Model Y’, a “revolution” made in Germany. Now Elon Musk announced additional plans. Nothing less than “the world’s largest battery cell factory” is what he wants to build in Grünheide, on the premises around his German ‘Gigafactory’. This is what he said in an address to the participants of a ‘European Battery Conference’.

More on Tesla in Germany

A 100 gigawatt hours per year is the capacity Musk intends to start with. Then he wants to more than double that gigantic number. At this stage, Asian companies are the masters in this field. Not for long, it seems. The Chinese and Koreans are probably in emergency meetings already.

But there is more. Not only will Tesla have the right to use the ‘Made in Germany’ label rather soon, once the factory is ready to rumble in seven to eight months from now, but Elon Musk also intends to design, build and sell a European car. He had driven through Berlin in a Model X “and we had quite a lot of trouble finding a parking space that could fit it”, he was quoted saying.

He does have a point. While Cadillac Escalades, Ford Excursions, Chevrolet Suburbans and Tesla Model Xs are moving back and forth all over the place in the United States, Europeans love to squeeze themselves into the tiny fish cans they call cars. Tesla’s Model 3 and Model Y are already substantially smaller than the Model S and Model X. But the idea is to offer a model for Europe, where size does matter, but the other way around.

What this means is that Musk might introduce a small vehicle soon. The weight it saves will benefit its range. Tesla’s engineers will just have to figure out a way to fit all those batteries into a smaller vehicle without filling all the space its owners might want to use as their trunk or legroom.