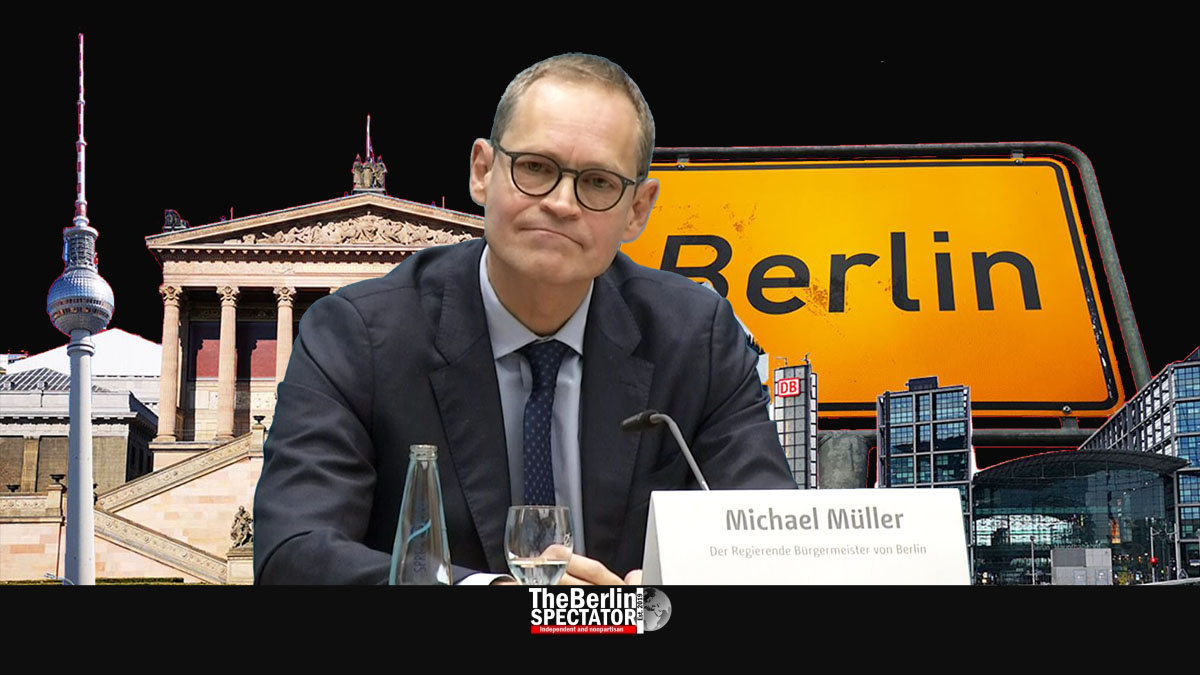 After another round of discussions in Berlin, this time it was the Berlin Senate, Governing Mayor Michael Müller announced the Corona rules for the city state in December. Because Berlin is a Corona hotspot, the measures are stricter than in most of Germany.

Berlin, November 26th, 2020 (The Berlin Spectator) — A day after Chancellor Angela Merkel and the First Ministers from Germany’s federal states agreed to Corona rules for Germany, the Berlin Senate amended those for Berlin. The infection situation in the German capital is still alarming. For that reason, the rules for the city state of Berlin are stricter. They will apply from December 1st, 2020, to January 1st, 2021, or until further notice, according to Governing Mayor Müller.

These are the Corona rules for Berlin:

> Tightened contact restrictions apply. Up to five persons from up to two households may gather. Children of up to 12 years of age are not being counted here.

> For the Christmas holidays, the contact rule changes to some extent: Temporarily, five people from up to five households may gather. Children up to 12 years of age are exempt here as well.

> The mask rule is being extended. From December 1st, masks need to be worn on all streets with many shops and many people, around all shops and similar businesses as well as in waiting lines.

> Berlin will not have a general fireworks and firecrackers ban. But there will be more zones in which products of that kind may not be used.

Other than that, the rules put in place by Chancellor Merkel and the First Ministers on November 25th do apply.

For most other parts of Germany, the contact restrictions will be eased further from December 23rd to January 1st. Up to ten people from up to two households may gather during that time. Berlin may not be the only Corona hotspot with stricter rules.

On Thursday evening, Michael Müller said the high infection numbers in Berlin could not be denied. A mutual effort was necessary to bring them down. A lot had been achieved in the past weeks, the Governing Mayor stated. There was a slight tendency towards a decrease of the infection numbers. “This path is arduous, but it is worth while”, Müller said.

Berlin’s Commerce Senator Ramona Pop made clear the measures would likely have to be prolonged into January, while Culture Senator Klaus Lederer said there would not be any more cultural events this year.

The Senate also appealed to all residents to stay in their homes unless they have an important reason to leave. People are supposed to refrain from traveling. Employers are being asked to let their staff work from home if possible.