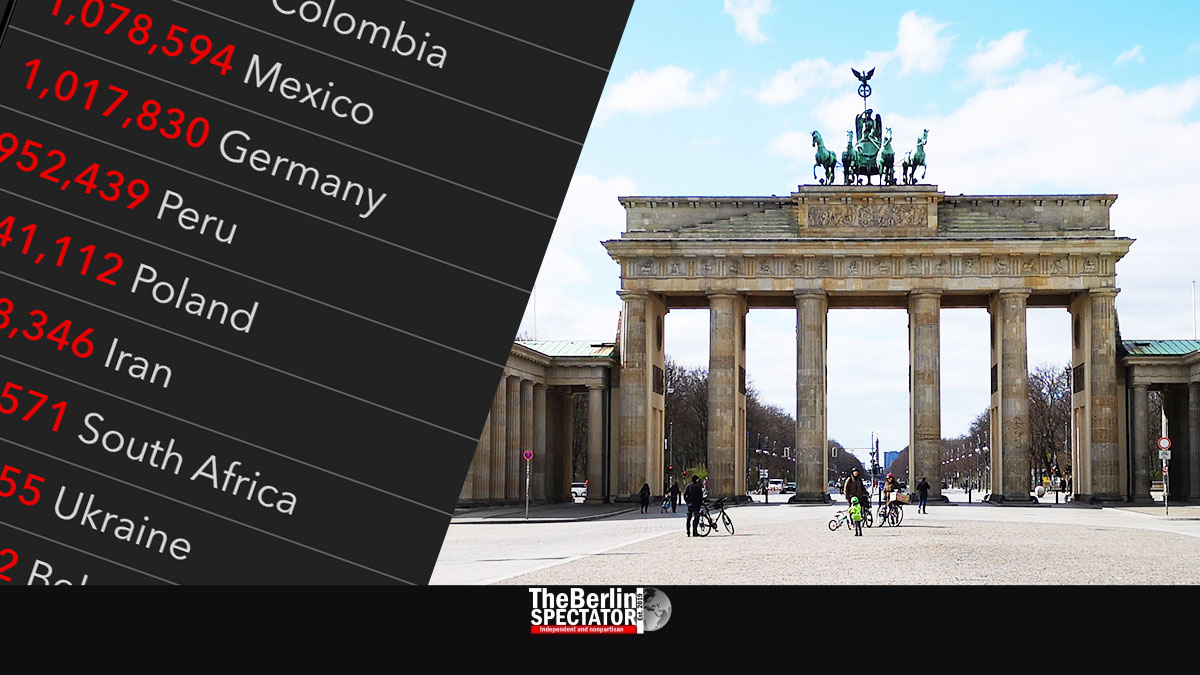 Since the Corona crisis began in January of 2020, more than one million persons in Germany got infected with the dangerous virus. The exact number early this morning was 1,017,830.

Berlin vs. Rest of Germany

Within the past 24 hours, 21,933 new Corona cases were reported, according to the data provided by Johns Hopkins University. What this means is that the number of new infections is still at a very high level, in spite of the partial lockdown. Because the measure failed to bring the numbers down substantially, or at all, stricter Corona rules will kick in on December 1st.

In Corona hotspots with Seven Day Incidence Numbers higher than 200, even stricter rules are supposed to apply. On Thursday, Berlin announced its version of the Corona rules. While most Germans may gather in groups of up to ten people from Christmas to New Year’s Day, Berliners will have to do with five. In both cases, younger children do not have to be counted. The nationwide rules that apply before Christmas are stricter.

Berlin also extended its mask rule. In December, masks will have to be worn on all streets with many shops or many pedestrians or both. So far, there had been a list of 30 streets the mask rule applied on.

The Berlin Senate’s approach is no surprise, because of the problematic situation in the German capital. Here, the numbers only just started decreasing to some extent. Berlin has an Incidence Number of 215.6 right now. Two of its twelve districts, namely Friedrichshain-Kreuzberg and Spandau, are above 300. Whether the slight decrease will turn into a trend remains to be seen.

Most Germans support their government’s anti-Corona measures. According to the ‘Bild’ tabloid, a poll by Insa found out that 69 percent agree with the tightened contact restrictions in December. Twenty-one percent beliefe the rules are wrong. Four in five German citizens expect the anti-Corona measures to be prolonged beyond January.