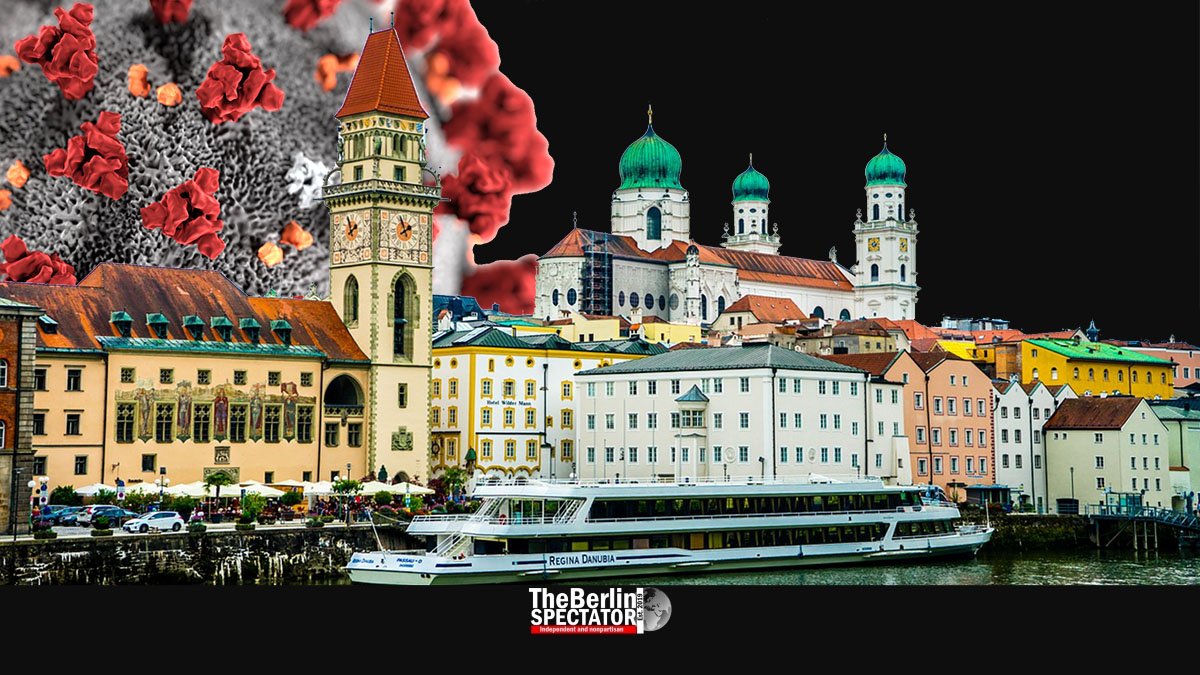 Out of all cities in Germany, Passau is now in the most serious Corona situation. The authorities pulled the emergency brake. Berlin reported Corona infections at a local health authority in one of the districts most affected by the pandemic.

Berlin, November 28th, 2020 (The Berlin Spectator) — The authorities in Passau have imposed strict Corona rules on the city because the number of infections is exploding. With a Seven Day Incidence Number of 439.4, the situation became worse than in Berlin and all other Corona hotspots in Germany.

In the Bavarian city, new, far-reaching restrictions apply starting today. For instance, residents may only leave their homes when they go to work, to the doctor or when they go shopping. According to the municipality, pedestrians will be checked. Events can include up to ten participants and last for up to an hour. Everyone involved needs to wear masks. The same applies to church goers.

Passau also announced an alcohol ban on public squares. Persons who intend to visit someone at any retirement home need to get tested for Corona first. Caretakers at the same institutions are required to be tested once a week. At schools, grades 7 to 11 are supposed to switch to a mix of online classes and learning on site in downscaled groups.

The restrictions in Passau are supposed to remain in place until the Seven Day Incidence Number drops down to 300. Until recently, 300 was regarded a catastrophically high level. In most of Germany, it still is. For instance Berlin’s Spandau district just exceeded 300. Another district in the German capital, Friedrichshain-Kreuzberg, reported an Incidence Number just below 300.

In Berlin, the number of new infections per day was still very high. As many as 1,400 cases were reported on Friday. Berlin’s biggest problem right now is a Corona outbreak at the health authority in its Mitte district, which has extremely high Corona numbers. Two soldiers who were helping there tested positive for the virus on Friday. Three doctors who work there and ten staffers are in quarantine now that they are needed most. Another outbreak was reported at a foster home in Berlin’s Wedding borough.

The situation at schools is difficult all over Germany. According to the Conference of Ministers of Education and Cultural Affairs, 118 out of 30,000 schools in Germany are closed completely because students or teachers, or both, tested positive for Corona. At 3,700 schools, some grades have online classes due to Corona alarms.

The number of new Corona infections for Germany in the past 24 hours is 20,819, according to Johns Hopkins University. This shows that the ongoing partial lockdown may have slowed down the Coronavirus, but failed to really decrease the infection rate. In December, stricter rules will kick in until Christmas. For the Christian holiday, the restrictions will be eased to some extent.