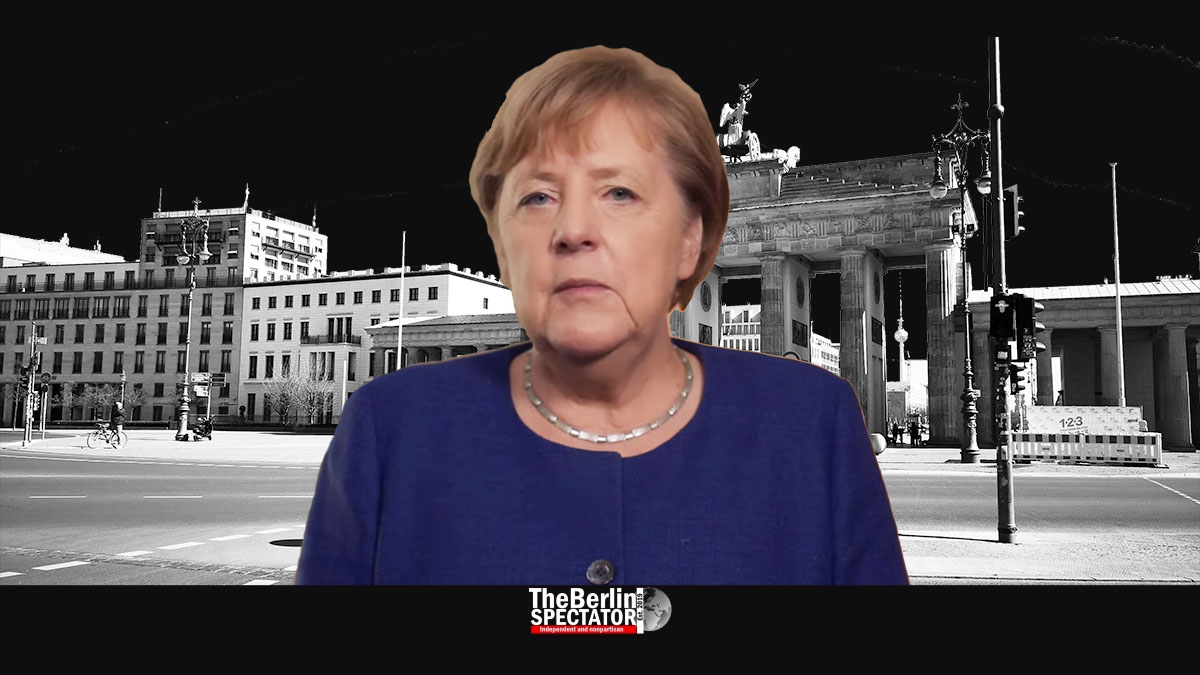 In Germany, President Steinmeier and Chancellor Merkel called on the Germans to keep on following the Corona rules. This was a critical phase, Angela Merkel said.

Berlin, November 29th, 2020 (The Berlin Spectator) — Germany’s Chancellor Angela Merkel asked the nation to keep on following the Corona rules during the upcoming Advent season, the Christmas days and on New Year’s Eve. Mutually, the country would be stronger than the virus. This was a critical phase in the fight against the pandemic, the Chancellor stated in a video podcast.

Angela Merkel called the second Corona wave “very demanding and painful”, but she also spread hope by saying it would not take forever until one or more vaccines would be available. The Berlin government is hoping that the first Germans and other residents of Germany can be vaccinated in December. Doctors and medical staff at hospitals are the priority.

Like Mrs. Merkel, Germany’s President Frank-Walter Steinmeier tried to comfort the nation in this difficult situation. “The pandemic will not take away our future”, he stated. In a piece for the ‘Bild am Sonntag’ weekly Steinmeier wrote, even though sacrifice was necessary for the time being, because of the Corona crisis, Germany could be confident, also because of the progress medical research was making.

“The consideration and solidarity an overwhelming majority of Germans are demonstrating show that our society holds together even when times are rough”, President Steinmeier wrote. But sacrifice was necessary for the infection protection. Aspects that usually made the dark days glow, such as visiting Christmas markets, being with loved ones and singing together, would be missing this time. This was difficult, including for him personally.

“But even when we keep our distance, we can be close to each other”, Frank-Walter Steinmeier wrote in ‘Bild am Sonntag’. He asked people to show attention and affection, to send letters to loved ones and to take care of each other both during the Corona times and afterwards.

In the meantime, new Corona rules are now in place in Berlin. Starting today, private gatherings in the German capital are limited to five persons from up to two households. Children up to 12 years of age are exempt, meaning they are not being counted. Until yesterday, 10 persons were allowed to meet.

In most of Germany, except Berlin and other Corona hotspots, tightened Corona rules apply from Tuesday, December 1st. Five people from up to two households may meet here as well. This does not apply to children aged 14 or younger.

During Christmas, the rules will be eased a little: In Berlin, up to five people from up to five households may meet then, temporarily. In this case, children up to 14 years of age are not being counted. In most other parts of Germany, up to ten persons may gather from December 23rd to January 1st. Like in Berlin, kids who are 14 or younger do not have to be counted.

For now, the restrictions in Berlin are officially in place until December 22nd, and the ones in the rest of Germany until December 20th, but they will certainly be prolonged and maybe tightened. In areas with relatively low Corona numbers, easing them to some extent might be an option. Chancellor Merkel’s next meeting with the First Ministers from Germany’s sixteen federal states is scheduled for December 15th.