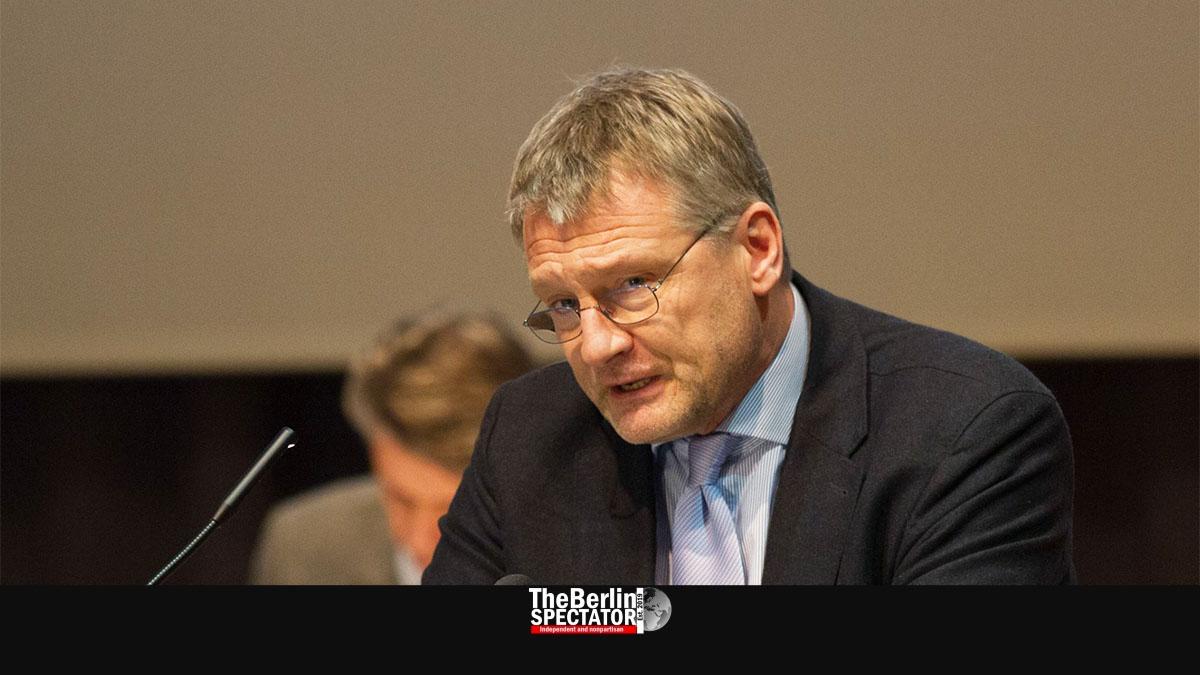 In Germany, the AfD’s leadership wants the party to look and sound moderate. But, at a party convention in a former nuclear power plant in Kalkar, attempts to convince the delegates to change their tone and approach just failed.

Berlin, November 30th, 2020 (The Berlin Spectator) — In spite of the Corona pandemic, the extremist right-wing ‘Alternative für Deutschland’ (AfD) insisted on going ahead with a party congress that involved the physical presence of hundreds of delegates this past weekend. It did not go too well.

In spite of the fact that many AfD members and supporters are Corona deniers, or at least harsh critics of the government’s efforts to protect people, they had to wear masks. The city of Kalkar, where the party had rented part of a former breed reactor that was never put in service, sent officers who checked the adherence to the rule.

The German government’s Corona rules the AfD keeps on criticizing, are the party’s new favorite subject. Hating migrants does not work too well anymore, because hardly any are coming into the country. So, Corona would have been an excellent opportunity to channel all the hate towards those who are trying to get Germany through the crisis as well as possible. But it was not meant to be.

The Battle of Kalkar

Nor did the AfD manage to put its pension policy in the center of the attention as intended. Nothing really worked for one reason: The party’s leaders turned on each other. In the AfD, there are radicals who team up with Nazis at protests, who use Nazi vocabulary, who smuggle conspiracy theorists into the Bundestag and who seem to want to change Germany to what it was 80 years ago.

And there are members like Jörg Meuthen, who are definitely extremists too, but who are smart enough to understand that the aggressive approach part of the AfD is taking will get it into trouble more and more. The party already has the Federal Office for the Protection of the Constitution on its tail. If this authority decides to investigate the AfD as a whole at some point, because it night be seen as anti-democratic, even more problems would arise.

Comparing the Corona restrictions to Hitler’s Enabling Act of 1933, or calling Germany’s democratically elected government a “Corona dictatorship”, does not feed the legend of the “right-wing conservative” or “civic-conservative” party. The truth is that the AfD has to curb the radicalization in its ranks if it wants to continue pretending to be what it is not. But the one leader who understands the issue is in a shitstorm now.

Jörg Meuthen is a smart fellow. That is why he sounded the alarm. “Either we get our act together very soon and in a very decisive way, or we will run into very heavy seas in the near future”, he said in what was described as an “inflammatory speech” in Kalkar. He wants many members, including the “disinhibited” AfD faction at the Berlin Bundestag, to sound more moderate.

But there is an issue: A party that built its success on xenophobia, with leaders like Björn Höcke who says he is “against mixing the population with groups of people with a different skin color”, or a floor leader at the Bundestag, Alexander Gauland, who wants Germany to be “proud of the achievements of soldiers in both World Wars”, is anything but moderate.

A party leaders of which want someone like Andreas Kalbitz to remain in the organization even though he was part of neo-Nazi groups will likely never sound restrained either. If Professor Meuthen really wants to be part of a moderate party, he should probably pick another one. But he prefers to turn the wolf into one that wears sheep’s clothes.

The AfD managed to get into all sixteen state parliaments and the Berlin Bundestag with its message of hatred. In some eastern German states, one in four voters support the party, but on a nationwide level it is more like one in ten. If the AfD keeps on dismantling itself the way it did this past weekend in Kalkar, that share may drop substantially, which is exactly what the democratic parties and most Germans are hoping for.