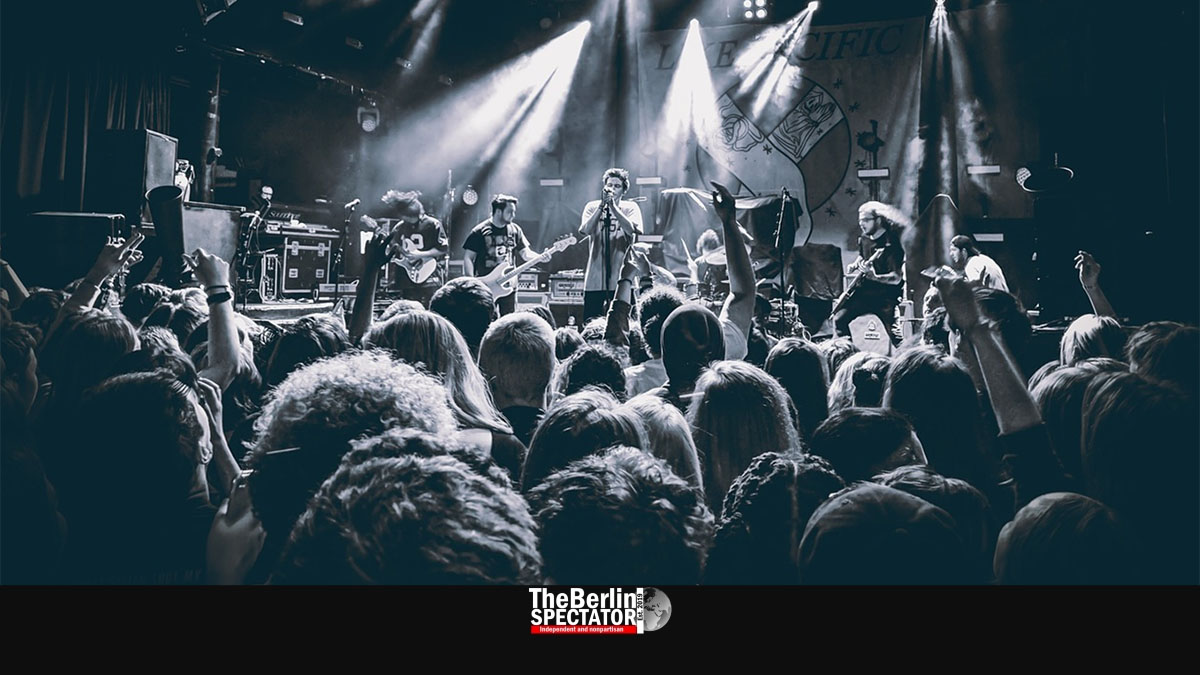 Because of Corona, Rock and Pop bands that usually tour Germany all the time were forced to stay home in 2020. So, they planned their next tours for 2021. All of them. Hold on to your hats.

Berlin, December 1st, 2020, updated December 3rd, 2020 (The Berlin Spectator) — Corona screwed it all up. There were hardly any gigs in 2020. Nor were there long waits at hotel lobbies or VIP lounges, annoying sound checks, dinners in backstage rooms, groupies, stage action or applause. Yet another problem was the fact that there were no fees for this planet’s bands either. And nobody bought their merchandise because it was not sold at Europe’s — or any — concert venues, since there were no concerts.

So, concert bookers became modern day heroes. First, they postponed all tours to the fall and winter of 2020. Since that did not work too well, they had to reorganize all tours again. Now it turns out absolutely everyone will be touring in the spring and summer of 2021. What this means is that there will be a concert overkill, unless Corona messes it all up yet again.

Why do all Heavy Metal stars wear skull tattoos and look almost the same? We will never know. What we can rely on is that they will be coming. Yes, all of them. Judas Priest, Manowar, Powerwolf, Helloween, Heaven Shall Burn and many other bands from this category intend to hit stages in Germany mid-2021.

Elton John, Foreigner and Aerosmith are already preparing their big 2021 tours. Even Barclay James Harvest has one gig. Who wouldn’t remember ‘Hymn’? They will be sharing a stage with Manfred Mann’s Earth Band (read separate feature). Geneses (no typo) will be touring too. Geneses is a Genesis cover band.

Two bands that have not toured Germany in centuries have scheduled gigs in 2021 too, namely America (separate feature) and 10cc (separate feature). Other groups come to play in the land of cuckoo clocks and pretzels all the time, and they are returning now too. Roger Hodgson, the voice of Supertramp (separate piece), was one of them, until he cancelled all 2021 shows (update: December 3rd, 2020). But Wishbone Ash announced a tour that includes Germany.

And all of the above is only the tip of the iceberg, also because only one kind of culture was dealt with here. But yes, overkill is the right expression. Have good tours, gentlemen. As it turns out, the acts mentioned are all male.

Related feature: Sounds of 2020: A Terrible Year and its Stunning Music