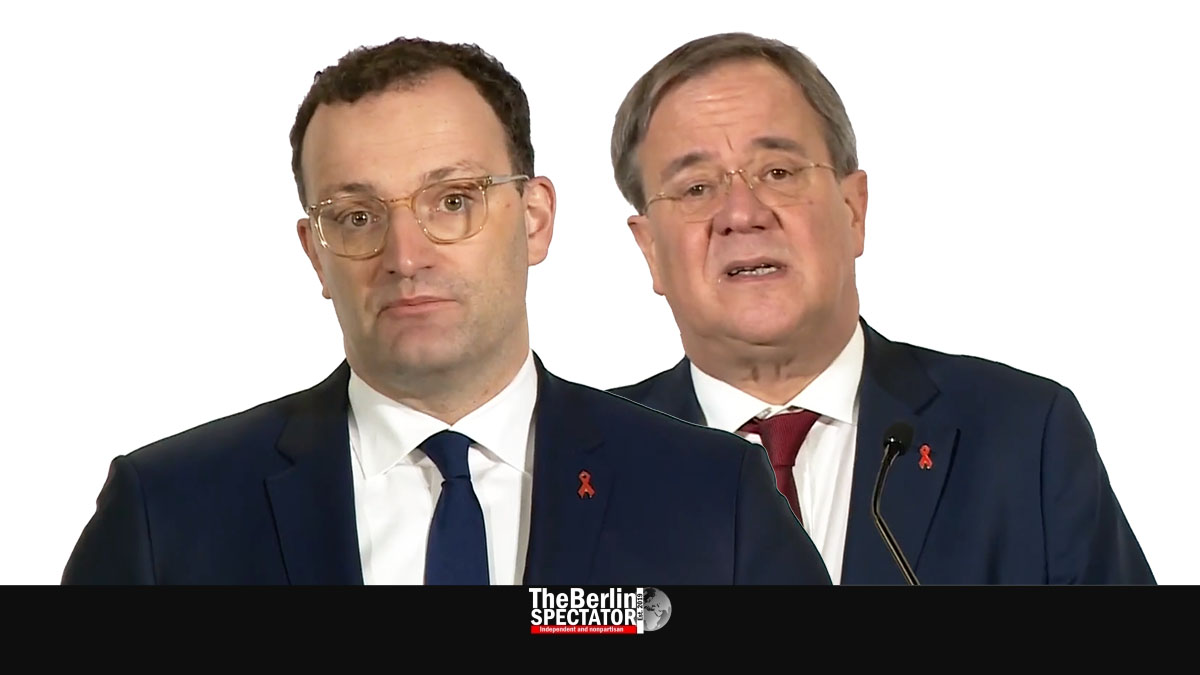 According to Health Minister Jens Spahn, an end to the pandemic requires a readiness to get vaccinated. In the meantime, the number of Corona-related deaths in Germany reached a new high.

Berlin, December 2nd, 2020 (The Berlin Spectator) — According to the Robert Koch Institute (RKI) in Berlin, 487 Corona patients died in Germany within 24 hours. This highest number ever is shocking, but not surprising. After a steady increase of new infections that lasted for weeks, experts expected the number of Corona-related deaths to rise.

Another problem is the fact that there are still far too many new Corona cases per day. The RKI counted 17,270 this time, a bit less than a week ago. According to the numbers provided by John’s Hopkins University, there were 24,586 new infections between Tuesday morning and this early morning.

In Berlin, Germany’s largest Corona hotspot, the Seven Day Incidence Number decreased to a level just under 200. On Tuesday night, it stood at 194. While this is still very high, it is the lowest level in weeks. But there is still a long way to go for the German capital. At this moment, 1,177 Corona patients are being treated at Berlin’s hospitals, more than 300 of them in ICU wards. Twenty-nine people in Berlin died of Corona within 24 hours.

Health Minister Jens Spahn and North Rhine-Westphalia’s First Minister Armin Laschet visited a vaccination center in Düsseldorf on Tuesday. On site, Spahn stated those centers, which are being prepared all over Germany right now, were “a mammoth project”. He said he expected an official approval of the vaccine made by the German company Biontech and its American affiliate Pfizer around New Year’s Eve. Earlier, he had been hoping for the availability of a vaccine by mid-December.

The most important aspect was that people put confidence into the vaccine, Spahn stated. The path out of the pandemic required a high readiness to get vaccinated. Prioritizing was important, Spahn said. Elderly people, those with pre-existing conditions, caretakers and those who maintained public order needed to be vaccinated first. Doctors and nurses are supposed to be the very first population group to be offered Corona vaccinations.

According to the government’s plans, vaccines will be available at doctor’s offices and pharmacies at some point too. But first, vaccination centers will be the only locations the vaccine would be taken to, Spahn said. Both the transport and the storage was complicated.

Armin Laschet said providing the vaccine would be “a logistical challenge of historic dimensions”. The applications for admission for the vaccines by Moderna as well as by Biontech and Pfizer had been sent to the European Medicines Agency. Big hope was connected to those vaccinations. In the United Kingdom, the Biontech version was already approved. The European authorities are also looking into a vaccine made by the American company Johnson & Johnson.