Katharina von Schnurbein: The Only German on ‘Jewish 100’ List 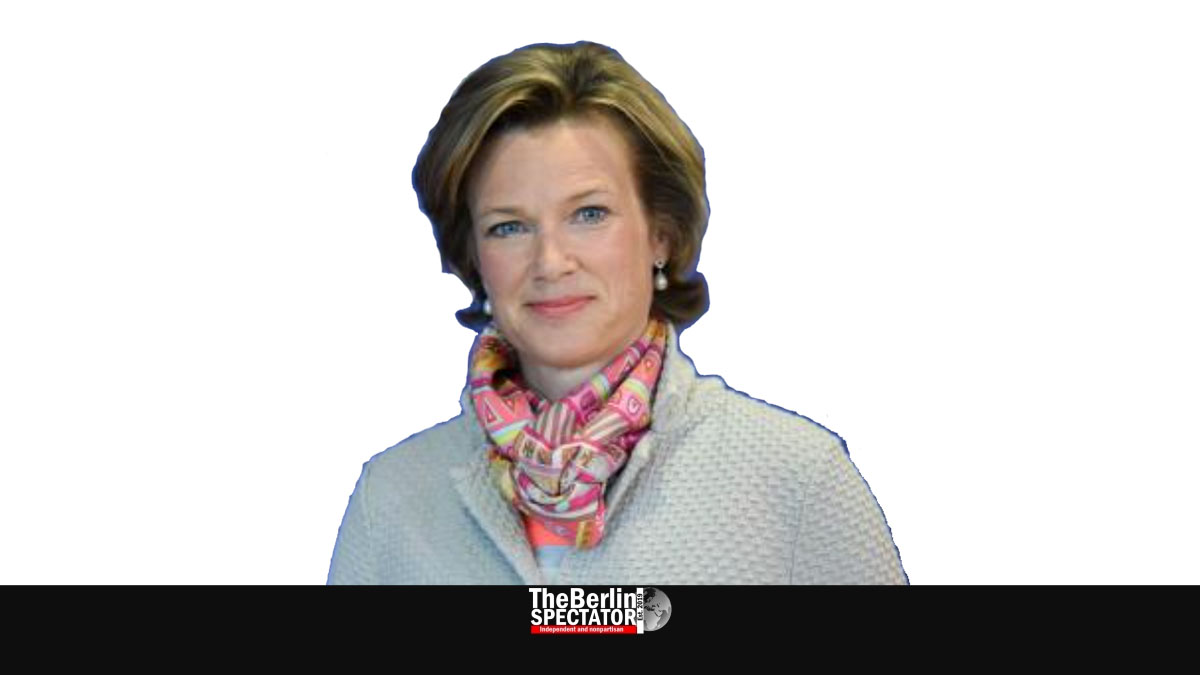 The American publication ‘The Algemeiner’ has released its ‘Jewish 100’ list for 2020. It contains 100 people, both Jews and non-Jews, who have “positively influenced Jewish life”. Only one German citizen is included this time.

Berlin, December 3rd, 2020 (The Berlin Spectator) — When Katharina von Schnurbein became the first European Commission Coordinator on Combatting Antisemitism exactly five years ago, antisemitism in Europe was already on the rise, including in Germany, her home country, and France, where Islamist terrorists had murdered 130 people at the Bataclan Theater, a Kosher supermarket, the Stade de France and other locations just a few weeks before.

Katharina von Schnurbein is an expert on dialog with religions and advised former E.U. Commission President José Manuel Barroso on the matter. Later, when she was already in office, she did research on effective ways to combat antisemitism at the European University Institute in Florence. She speaks five languages fluently and has been an important voice against hatred towards Jews since her appointment.

‘The Algemeiner’ quoted Mrs. von Schnurbein. At the first anniversary of the attack on the Synagogue of Halle, she said protecting Jews in Europe “means more than just building security. Overall, we have to protect Jews better, including in everyday life. And that only works if we actively promote Jewish life. It’s at least as important as fighting hatred.”

On the ‘Jewish 100’ list for this year, Katharina von Schnurbein joins 99 other people. One of the most famous of them is the outgoing U.S. President Donald Trump. He may have been criticized sharply for many things, and rightly so. But there is one important thing his administration achieved, namely progress in the Middle East, by brokering peace deals between Israel and the UAE, Bahrain and Sudan.

Presidet-Elect Joe Biden made the list as well. “When it comes to his relations with the U.S. Jewish community, Biden is known as a stalwart friend of the State of Israel. Biden’s election platform included a commitment to oppose ‘any effort to unfairly single out and delegitimize Israel, including at the United Nations, or through the Boycott, Divestment and Sanctions Movement.’ He has also pledged to confront rising antisemitism in America”, ‘The Algemeiner’ justified the addition.

The 90-year-old Italian Auschwitz survivor and activist Liliana Segre is on the ‘Jewish 100’ list. “In 2018, she was appointed as a Senator for Life in her native Italy”, it says in ‘The Algemeiner’. She “didn’t imagine that she would need round-the-clock police protection at this stage of her life. But after she called for the creation of a committee to combat racism and antisemitism, Segre was inundated with death threats on social media, receiving as many as 200 in a single day.” But she is also getting a lot of support.

Many actors are on the list, including Helen Mirren, Sacha Baron Cohen, Jesse Eisenberg and Josh Gad. Alternate Prime Minister Benny Gantz, Prime Minister Benjamin Netanyahu and President Reuven Rivlin are joining them. So are the Israeli astronaut Jessica Meir, chess master Garry Kasparov and many others.

Last year, three German names were on the ‘Jewish 100’ list, namely the activist Beate Klarsfeld and Julian Reichelt. He is editor-in-chief at the ‘Bild’ tabloid which has always taken a pro-Israeli approach. Katharina von Schurbein was part of the 2019 list too, and is again, as mentioned above.

The entire ‘Jewish 100’ list by ‘The Algemeiner’ can be accessed here.