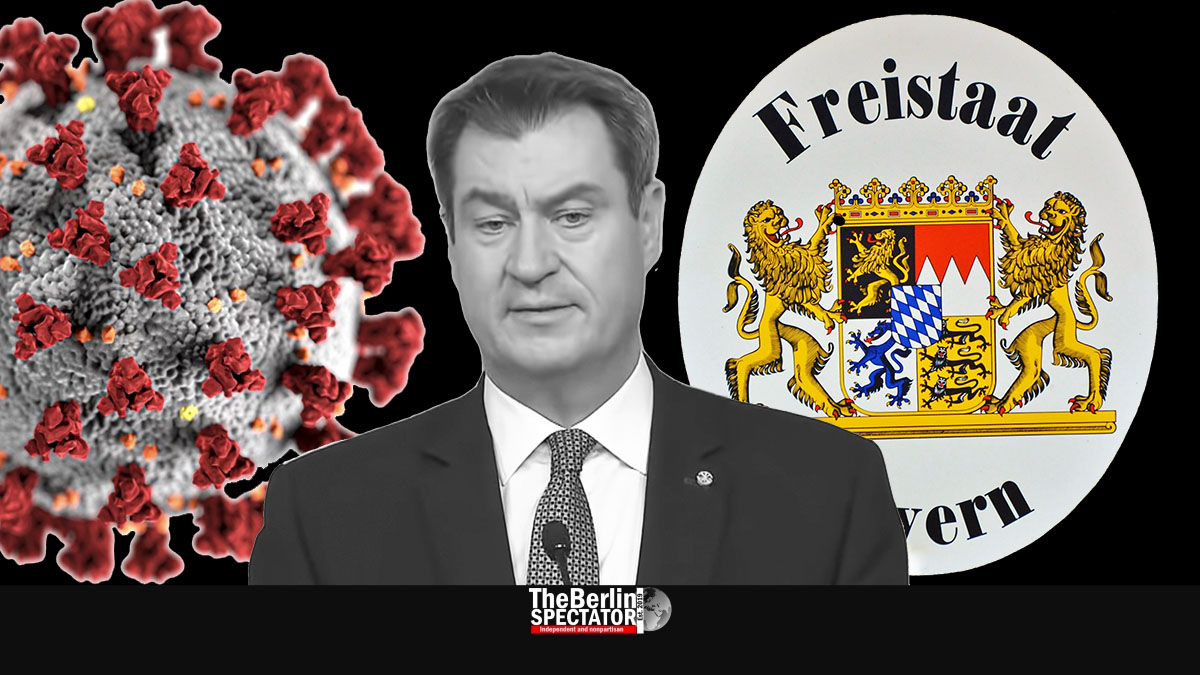 Because of alarming Corona numbers in Bavaria, the federal state will likely tighten its restrictions on Sunday. But the numbers remain far too high in the rest of Germany too.

Berlin, December 5th, 2020 (The Berlin Spectator) — In Bavaria, 3,707 new Corona infection cases within 24 hours were reported on Friday. The Seven Day Incidence Number in the federal state stood at 176.53 on Friday. For First Minister Markus Söder, the time to act has come. Since he, his colleagues from the other fifteen federal states and Chancellor Angela Merkel decided to put in place stricter Corona rules in all of Germany, Söder has continued to talk about tightening the restrictions further. It will likely happen tomorrow.

Söder keeps on showing up in front of cameras, also because he might want to become Angela Merkel’s successor as Chancellor next year. But even his critics, one of whom just slammed him for being “narcissistic” and for “self-dramatization”, have to see that the situation in Bavaria is more serious than it is in most other federal states and that it requires action. A total of 4,176 Corona patients have died in Bavaria since the Corona pandemic started. This is close to one fourth of all related deaths in Germany.

The first German Corona infection was reported in Bavaria on January 27th, 2020. The state was hit very hard during the first wave. Now it is happening again. Its geographical position might play a role here. For instance, Bavaria is the entrance to Germany and north-western Europe from the perspective of the south-east of the continent.

First Minister Söder summoned his cabinet to an online meeting on Sunday at noon. The main subject and the likely outcome, tightened Corona rules, are foregone conclusions. Bavaria might follow Berlin, by cancelling the eased contact restrictions for New Year’s Eve. In most of Germany, up to 10 people may gather between December 23rd and January 1st. Berlin, another Corona hotspot, had opted out of this special rule right after it was announced. Bavaria might — or might not — do so as well, in part.

For Germany, the number of new Corona infections in the past 24 hours is 21,774, according to Johns Hopkins University. The Robert Koch Institute even counted 23,318 new cases. Considering the amount of time the second partial lockdown is in place, this number is worrisome. From today’s perspective, it seems unlikely that the Corona restrictions will be eased after January 10th. For now, the existing rules apply up to this date.

In Berlin, 1,260 new cases were reported within one day, which obviously is a lot. Sixteen Corona patients died between Thursday and Friday afternoon. More than 1,200 Corona patients are being treated at Berlin’s hospitals. Right now, 318 of them are in ICUs and 258 on respirators. The only good news item is the fact that Berlin’s Seven Day Incidence Number has dropped to a level far below 200. On the other hand, 178.1 is still far too high.