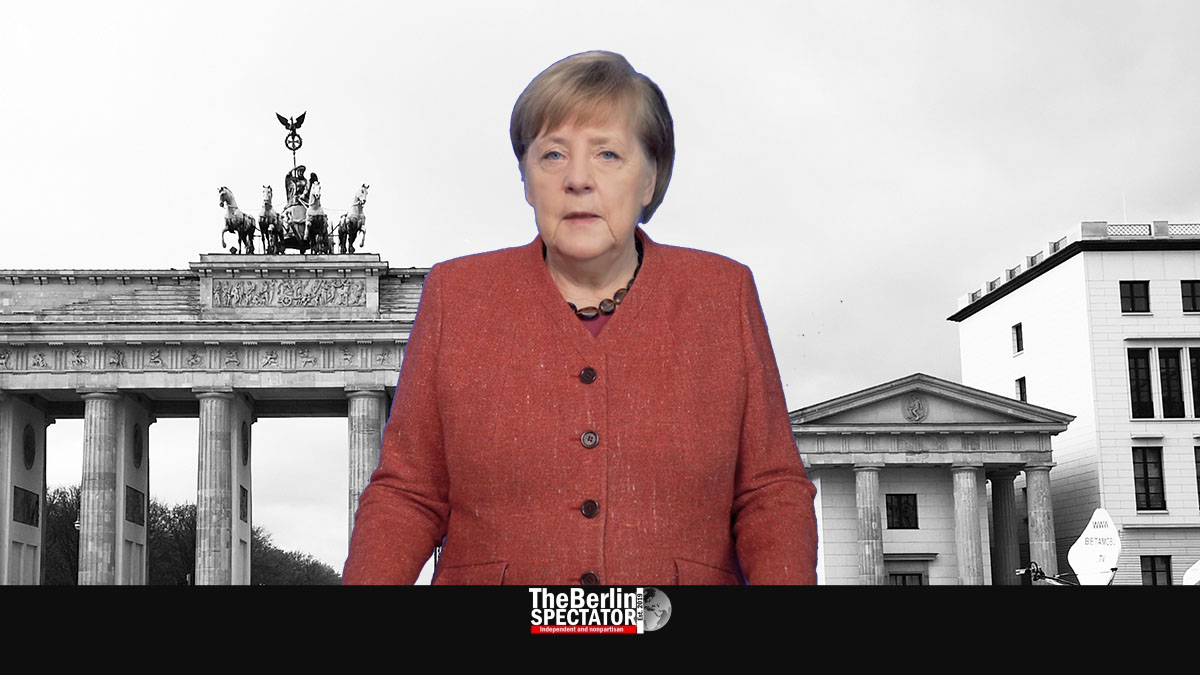 In Germany, the infection numbers are not really falling, in spite of the government’s measures. Chancellor Angela Merkel is aware of the problem. But she also spread optimism.

Things change every few days. Germany’s Chancellor Angela Merkel and the First Ministers from the sixteen federal states put in place a semi-lockdown on November 2nd. For December, they tightened it because the number of new infections per day did not really decrease. It still doesn’t.

Calls for Retraction of Christmas Rules

Now, the question is whether the announced easing of restrictions for Christmas and New Year’s Eve will have to be retracted, partially or in its entirety. How happy would this make the 83 million inhabitants of Germany? On the other hand, this question has to be asked: How far will the numbers rise if the plans for the holidays are not being retracted? There are voices in Berlin who are demanding nothing less than their cancellation.

This is about lives. Four hundred and eighty-three Corona patients died within a day, or 20 per hour. With far too many new infections per day, many more lives are in danger. In Bavaria, where things do not look good at all, First Minister Markus Söder’s government will act today. It is a foregone conclusion that the Corona rules in this southern federal state will be tightened this afternoon, during a cabinet meeting Söder summoned his ministers to.

Today, the Robert Koch Institute reported 17,767 new infections in Germany, in spite of the fact that not all local health authorities report during the weekends. According to the data provided by Johns Hopkins University, the increase since yesterday was even higher. The differences have to do with reporting delays and depend on when exactly the numbers are being read.

On Saturday, Angela Merkel talked about Germany’s 2021 budget which the Berlin Bundestag will approve this coming week, with the coalition parties’ majority. Merkel’s government will continue to support the economy and individuals in this crisis, with tens of billion of Euro. Of course, this budget had been shaped by efforts to help those who were suffering economically, Merkel said in her weekly podcast.

‘One or More Vaccines’

The Chancellor conceded that the new debt Germany will go into is high. “But the costs would be far higher if companies collapsed and millions of jobs were lost”, she said. This was exactly what needed to be prevented. Out of all G7 countries, Germany still had the least amount of debt, Mrs. Merkel said, also because it had economized well.

Angela Merkel also said there was “a light at the end of the tunnel” after nine months of Corona. “We can now hope that there will be one or more vaccines very soon”, she stated. “Then we can defeat the virus step by step.” Mrs. Merkel conceded this will take longer than just a few months and stressed the importance of continuing to follow the Corona rules. Yet again, she asked the nation to be responsible and patient.