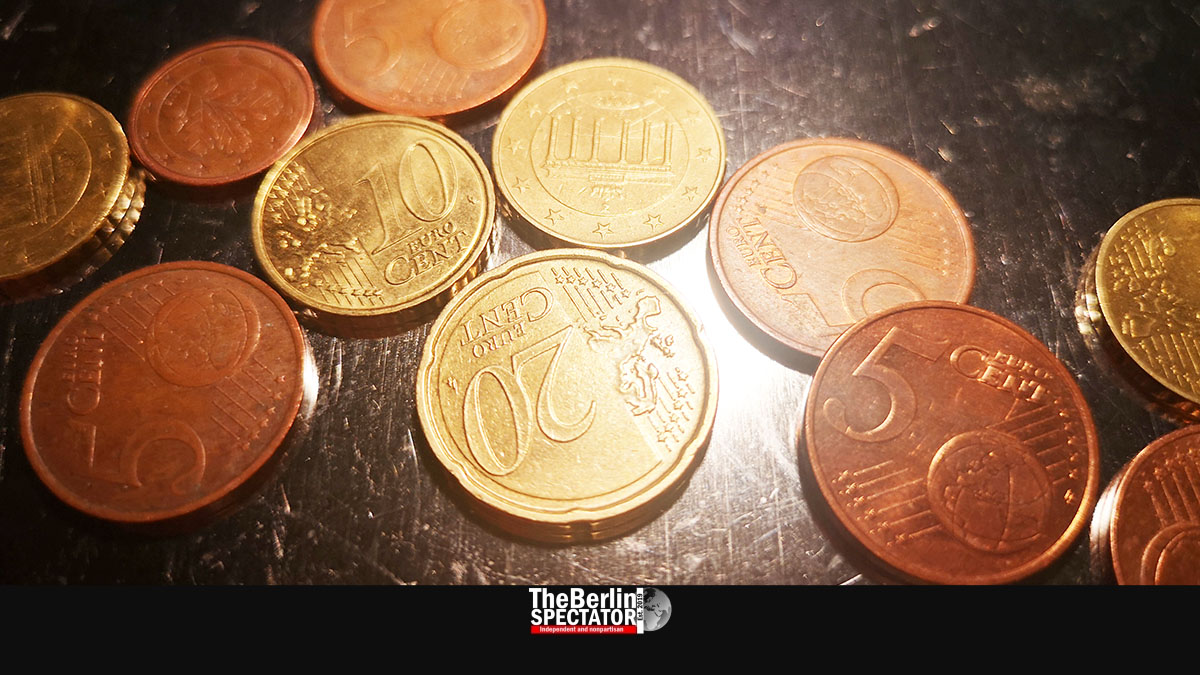 Angela Merkel’s center-right CDU has a new issue in eastern Germany. Regarded superficially, the problem is about 86 Euro Cents. But, in reality, one government coalition and democracy itself are at stake.

Update December 8th, 2020, 11:15 a.m. CET: Haseloff gives in. He makes sure the state parliament of Saxony-Anhalt does not vote on the broadcasting agreement at all.

Berlin, December 7th, 2020 (The Berlin Spectator) — Put 86 Euro Cents into a large pot with two gallons of water. Add a large spoon of hubris, a copy of Germany’s Interstate Broadcasting Agreement, some leaderlessness and the ugly logo of the extremist right-wing AfD. Boil the whole thing for 72 hours. What you will get is a big mess which looks exactly like the situation Germany’s eastern federal state of Saxony-Anhalt is in.

In 1989, the year the Wall came down, David Hasselhoff recorded a terrible song with the German producer Jack White, whose original name is Horst Nussbaum. The title was ‘Looking for Freedom’, which was exactly what many GDR citizens were doing at the time. When David Hasselhoff sang that awful tune, Rainer Haseloff, today’s First Minister of Saxony-Anhalt, was a research associate at the Institute for Environment Protection in Wittenberg.

He got the freedom David Hasselhoff sang about when the communist GDR ceased to exist. Thirty years later, during a political crisis that started last week, Rainer Haseloff was the only one who showed strong leadership. He fired his Interior Minister Holger Stahlknecht who had exceeded his authority by far.

But let’s start from the beginning: There are lots of German words with a million letters. One of those is ‘Rundfunkstaatsvertrag’, which stands for a series of agreements between Germany’s federal states the English translation for which is Interstate Broadcasting Agreement. It deals with licenses for TV and radio broadcasting.

Among many other things, the agreement says what kind of monthly fee all households and companies in Germany need to pay for channels regulated by public law, namely the large ARD network of radio and television channels, the ZDF, Deutsche Welle and Deutschlandradio, which runs the three Deutschlandfunk channels. What sounds complicated, because it is, could be seen as the German equivalent of the BBC in the United Kingdom.

All of those German channels play an important role in democracy. Sure, they entertain, but they also report independently, there is a certain share of cultural broadcasts they are required to produce and air, they give airtime to the Churches and, even more importantly, they educate.

Across the world, dictators control their media. Anti-democratic parties and politicians usually accuse the media of lying as long as the reporting is not favorable to them. There is a prominent example in the U.S., and there is one in Germany: The AfD dislikes the ARD and the ZDF, which is why the party wants the Interstate Broadcasting Agreement to be scrapped or at least changed. Those radicals found another opportunity to damage Germany’s democracy and provoke the government they hate.

This is no surprise and should not be a problem, under normal circumstances. But in the capitals of some eastern German federal states, things are different. Here, the AfD is strong. Almost one in four voters in Saxony-Anhalt picked the extremists. People who were ‘Looking for Freedom’ like David Hasselhoff some thirty years ago now vote for those who seem to be fighting both freedom and democracy.

Now we reached an important part in the story: The issue is that, in Magdeburg, the capital of Saxony-Anhalt, Mrs. Merkel’s CDU in the state parliament rejects the Interstate Broadcasting Agreement, just like the AfD. It would be easy to blame it all on eastern Germans, but inaccurate. Holger Stahlknecht, the former Interior Minister of the federal state, where he is also chairman of the CDU, is a ‘Wessi’, or western German. At the same time he is the one who escalated the latest political crisis most. He has announced he would step down from his post as party chairman as well, on Tuesday.

Stahlknecht intended to vote against the Interstate Broadcasting Agreement with the AfD and his CDU colleagues at the state parliament, and probably still does. This constitutes a series of problems from the perspective of the CDU in Berlin: First of all, the party does not cooperate with the AfD. It’s a rule they adapted. Secondly, Mrs. Merkel’s party in Berlin and the rest of the country want the Interstate Broadcasting Agreement to survive. Its new version, with slightly increased fees, needs to be approved by all federal states. Thirdly, Stahlknecht and other members in Magdeburg are pulling the CDU into another mess nobody really needs, especially in the biggest crisis the Federal Republic of Germany has seen since it was founded in 1949.

Parts of the CDU in Magdeburg and the AfD are pretending to oppose an 86 Cent-increase of the monthly fees people have to pay for media regulated by public law. But they are actually fighting those important media everyone else wants, the TV and radio channels the role of which should neither be underestimated, nor questioned or undermined.

What complicates things is the fact that Mr. Haseloff’s coalition partners, the SPD and the Greens, want the latest version of the Media Agreement, including the 86 Cent-increase, to be signed. And they said they would end the coalition in Saxony-Anhalt if the CDU votes against it with the AfD.

Holder Stahlknecht might have been planning a revolution within his party. Maybe he wanted to become First Minister. But it did not work too well. Without consulting his boss Rainer Haseloff, who should never be mixed up with David Hasselhoff, he talked about a minority government the CDU could have in Saxony-Anhalt, in a recent interview. Haseloff had ruled out anything of the kind shortly before. On Friday, he fired Stahlknecht.

The CDU mothership in Berlin is now blaming the SPD and the Greens for its own issue, instead of sending someone to Magdeburg with an ‘FPP2′ Corona mask (European standard) to resolve the problem. Annegret Kramp-Karrenbauer, the CDU’s chairlady who will be leaving her job soon, in part because she failed during the last, similar issue her party had with its own people in eastern Germany (last time it was Thuringia), said the SPD and Greens needed to “move” towards the CDU. Robert Habeck, the Greens’ co-chairman, rejected any such thing. He accused Mrs. Kramp-Karrenbauer of trying to turn Mr. Haseloff’s coalition partners against the Interstate Broadcasting Agreement, which the CDU’s First Ministers actually want to save, including Haseloff himself.

It looks like the CDU in Magdeburg needs an oil change and new brake pads. So far, Rainer Haseloff is the only one who has taken a decisive step in this mess. A sustainable solution to the problem is not in sight right now. The issue could have grown into a full-blown democracy crisis at any moment if it wasn’t one already.