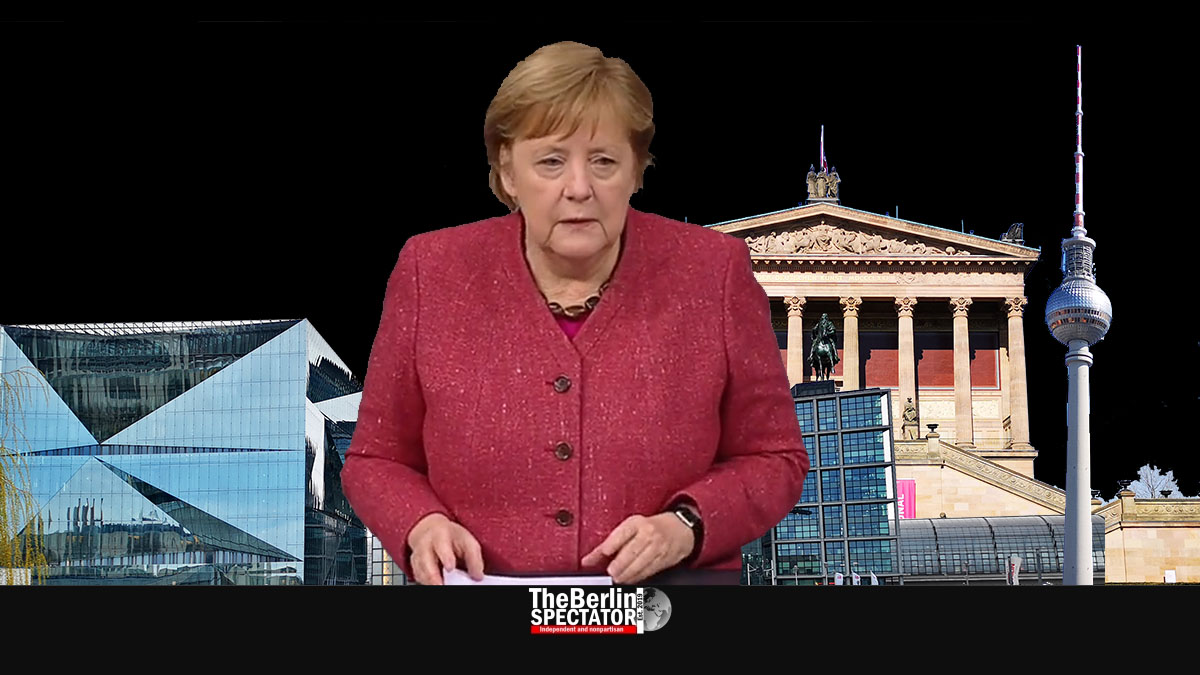 In Germany, the anti-Corona rules the government put in place in early November and tightened in early December do not seem to be working too well. Angela Merkel insists on a strict lockdown.

Berlin, December 10th, 2020 (The Berlin Spectator) — Six weeks ago, on October 27th, there were 10,197 Corona-related deaths. This morning, the number stood at 20,460, meaning it doubled within 6 weeks. During the same time period, the total number of Corona infections almost tripled. Back then, it was 464,890. Now, it stands at 1,254,358. According to the Robert Koch Institute, as many as 23,679 new Corona infections were added since yesterday. It is a record number.

The number deaths has increased substantially in the past few days. Within 24 hours, 440 Corona patients died. Yesterday, the number of deaths in one single day was 490.

In Berlin, 1,123 new infections were reported within 24 hours. Right now, 1,282 Corona patients are being treated at hospitals in the German capital, 336 of them are in intensive care and 267 are connected to respirators. Seventeen Corona patients died in Berlin within one day.

On Wednesday, Angela Merkel said a strict lockdown was necessary to get the numbers down. At the Berlin Bundestag she stated the German National Academy of Sciences (‘Leopoldina’) had advocated a drastic reduction of contacts. For that reason, closing most retail businesses after Christmas and keeping them closed until January 10th was the right way.

Mrs. Merkel also made a case for a reduction of contacts before Christmas and warned this could be “the last Christmas with the grandparents” otherwise. She was convinced, a big majority of Germans was still ready to take responsibility and thanked people. Angela Merkel also said the new debt Germany had gone into, to be able to cover all of its Corona aid programs, was justified in a crisis like this one.

Criticized by the Opposition

At the Bundestag, she was harshly criticized. For the extremist right-wing party AfD, Alice Weidel accused Merkel of locking up citizens and destroying entire sectors of the German economy. Christian Lindner, die chairman of the FDP, said “the most important resource”, namely predictability, had become very scarce.

Bavaria’s First Minister Markus Söder is on Merkel’s side. He demanded a “complete lockdown” from Christmas to January 10th, 2021. In a talk show on ZDF television he said there was no better time for a measure of this kind. Söder stated he believed there would be another Corona conference with Angela Merkel and the First Ministers before Christmas.

So far, Bavaria and Berlin have implemented stricter Corona rules than those the rest of the country is following right now. On Monday, Saxony will likely follow.