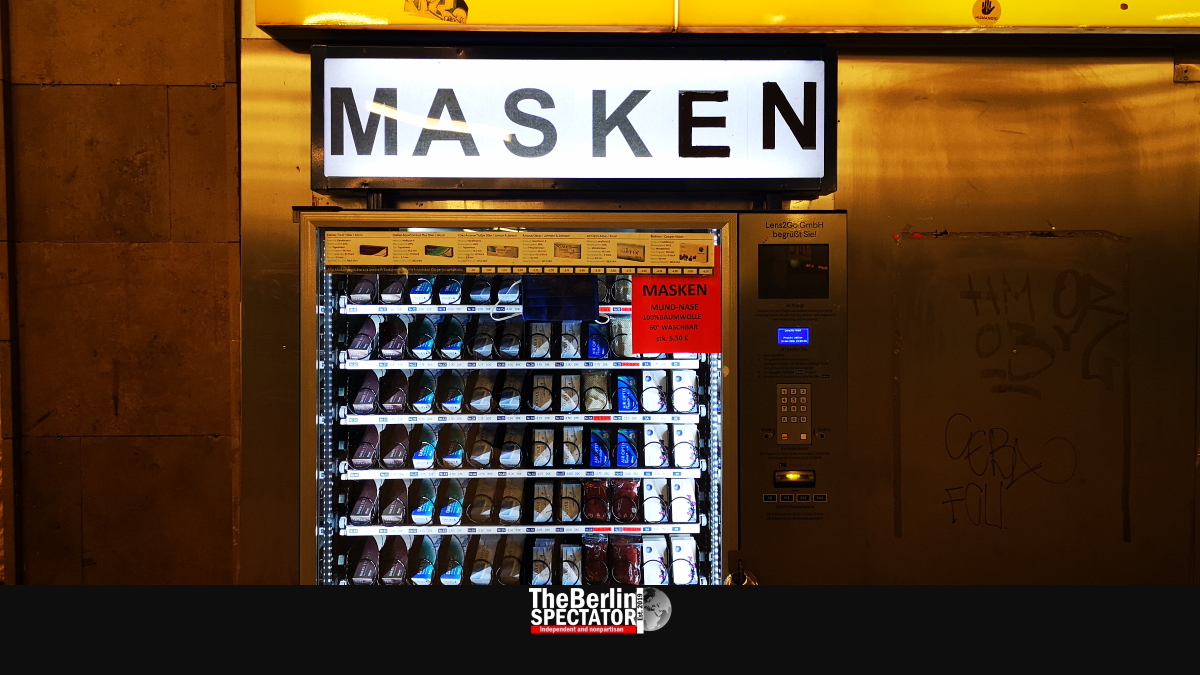 The Corona crisis affected everyone in Germany and most of the world. It defined 2020 and made it a difficult year, one that thousands did not survive. It was also a year of hope, lots of efforts and big moments.

Berlin, December 11th, 2020 (The Berlin Spectator) — These are ten memorable, uncommon moments in the Corona crisis of 2020 that will be remembered in Germany. Until 2019, nobody thought these kinds of things would ever happen.

February 1st, 2020: More than 100 Germans are Being Evacuated from China

In an unprecedented operation, the German Air Force evacuated more than 100 Germans and family members from the Chinese city of Wuhan, where the Corona situation was unbearable at the time. Two of the evacuees tested positive for Corona upon arrival, even though they had not just before the plane departed.

At Brandenburg Gate, some 25 Chinese citizens commemorated Dr. Lee Wenliang. He had warned colleagues of the Corona virus. The Chinese authorities accused him of spreading “false comments” and of “disturbing the social order.” On February 7th, 2020, Lee Wenliang, the whistleblower, died of Corona. He was 34.

While the Coronavirus spread in northern Italy, the governments in Austria and Germany got nervous. Vienna temporarily stopped all train connections from Italy. The authorities removed two German ladies from a train in Verona because they had cold symptoms. Their Corona tests turned out negative though. They could continue their journey.

March 2nd, 2020: First Corona Patient in Berlin Goes Through Quite an Ordeal

On March 1st, 2020, a young man from Berlin’s Mitte district with symptoms of several kinds arrived at the Charité’s Virchow Clinic in an ambulance. He was checked at several departments and then released because the experts on site were convinced he was not infected with the Coronavirus. A day later, it turned out he was indeed infected. The first Corona patient in Berlin was treated at an isolation ward after his ordeal. His contact persons were tracked down quarantined, just like all doctors and staff he had been in touch with. This case showed how helpless even doctors were at the beginning of the crisis.

As the number of Corona infections in Germany hit 6,000, Interior Minister Horst Seehofer made an unprecedented move. He announced the closure of the borders to Luxemburg, France, Switzerland, Austria and Denmark. Commuters, returning Germans and returning individuals with residence permits still had the right to enter Germany.

On March 16th, Chancellor Angela Merkel announced the closure of almost everything, including non-vital retail businesses, churches, mosques, synagogues and even playgrounds. On March 23rd, 2020, Germany implemented the plans. Concert venues and theaters were closed. So were gyms, swimming pools, trade fairs, casinos and brothels. On the same day, contact restrictions were being put in place.

Foreign Minister Heiko Maas issued a worldwide travel warning because of Corona. And he announced a big effort to fly stranded German tourists home from locations on almost all continents. For that purpose, the Foreign Ministry chartered aircraft from Lufthansa and other airlines. The endeavor had a price tag in the amount of 50 million Euro (56 million U.S. Dollars or 45 million Pounds Sterling). For a while, the Foreign Ministry was the most successful travel agency in Germany.

Just after she announced the first lockdown, Angela Merkel had to go into quarantine herself. A doctor she was in contact with turned out to be infected with Corona. During the next 11 days, Merkel worked from home. She recorded statements on her computer herself. In spite of the fact that the technical quality was rather bad, her messages came across well.

At a time when the world did not have enough masks it needed to protect itself from the Coronavirus, Berlin’s Governing Mayor Michael Müller and the city state’s Interior Senator Andreas Geisel accused the U.S. of having “confiscated” a large order of them. The 200,000 masks purchased in China had already been on their way to Berlin where they were supposed to be given to the Police Department. Then they were rerouted to America. Geisel even said the U.S. had used “Wild West methods” and was responsible for an “act of modern day piracy.” Michael Müller apologized later.

Just before the second lockdown was put in place on November 2nd, Berliners “made use of their last weekend” by having a drink or two, and a meal, at some nice place. It turned out to be their last restaurant visit of 2020. The next day, restaurants, pubs and cafés needed to close again, and the lockdown was later prolonged into the new year 2021.