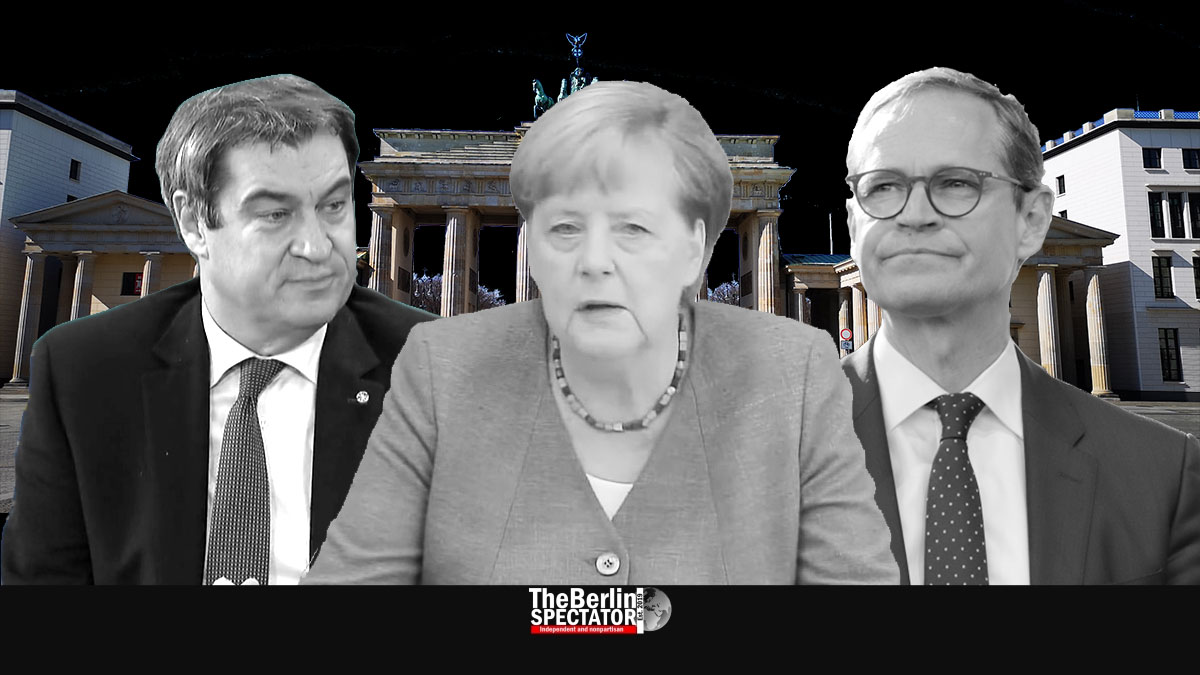 In Berlin, Angela Merkel, thirteen First Ministers, two First Mayors and one Governing Mayor will take historic and consequential decisions today. The partial lockdown they put in place weeks ago is being tightened.

Berlin, December 13th, 2020 (The Berlin Spectator) — Germany’s Chancellor Angela Merkel and the heads of government from the country’s sixteen federal states have a problem: In spite of all measures they took the Coronavirus is still winning the war. Now the only way to defeat Corona is to tighten the halfhearted semi-lockdown that was put in place in November and to retract the easing of some restrictions for New Year’s Eve which they announced two weeks ago.

The Gloves Come Off

Mrs. Merkel and the First Ministers are taking their gloves off. They will likely close more retail businesses, and they will probably do so this coming week. Christmas was already partially cancelled in the sense that large families will not be able to celebrate the most important Christian holiday together because the number of people who may gather is limited. New Year’s Eve will feel very different this year.

In the past months, several First Ministers had kept on rejecting strict measures. Now that the situation has become a lot more serious, with many new infections and Corona-related deaths, now that the hospitals are in trouble because the ICUs are filling up, even First Ministers whose states have less Corona cases than others already agreed to stricter measures before today’s online conference.

All Options on the Table

Some questions still need to be discussed, including this one: When exactly will the strict lockdown commence? Bavaria’s First Minister Markus Söder wants it to happen very soon. “We have to take the necessary measures before the middle of the week”, he told the ‘Bild am Sonntag’ weekly. Others are aiming for Wednesday. Some federal states already took some far-reaching measures. Germany’s Interior Minister Horst Seehofer demanded an immediate, strict lockdown, according to the ‘Spiegel’ magazine.

Whether schools and kindergartens will close this week remains to be seen. All options seem to be on the table, including curfews. People might not be allowed to leave their homes anymore, unless they have valid reasons. If this kind of rule is put in place, this big question has to be answered: What reasons will qualify as valid, apart from shopping for food, getting medications, going to the doctor, to the vet or to work?

According to the Robert Koch Institute in Berlin, 20,200 new Corona infections were reported within 24 hours, and 321 Corona patients died. Considering the fact that some local health authorities do not forward any data on weekends, these numbers are extremely high.

For months, high-ranking government politicians, including Chancellor Angela Merkel, have said the winter would be difficult. Now the situation is more alarming than it ever was in this crisis before the winter has even commenced.