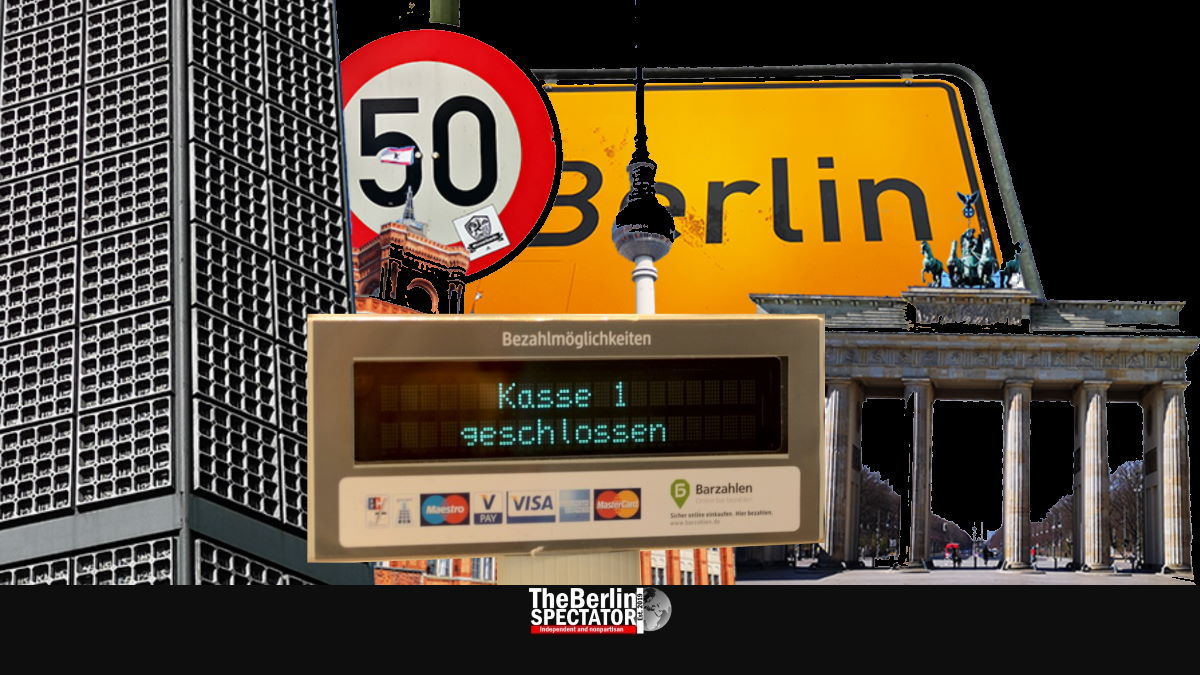 Germany’s federal states are completing their vaccination centers, even though the COVID-19 vaccination has not yet been approved. One day ahead of the strict lockdown, city centers and shops will likely be crowded today.

Berlin, December 15th, 2020 (The Berlin Spectator) — It is still unclear when the European Medicines Agency will approve the COVID-19 vaccine that is being produced by the German company Biontech and its American affiliate Pfizer. But in Germany’s largest federal state, North Rhine-Westphalia, the vaccination centers the Düsseldorf government had set up are on standby now, according to several German-language media. North Rhine-Westphalia has 53 of those centers.

Berlin’s vaccination centers were supposed to be ready by mid-December, but the city state reported a delay. In the German capital, it will take a week longer to prepare six vaccination centers. They will be located at the two former airports Tegel and Tempelhof, at the Arena venue in the Treptow borough, at an ice rink in Mitte and at the fair grounds.

The biggest issue is to find hundreds of doctors and nurses that are being needed for the vaccinations. At this stage, Germany is hoping to be able to start vaccinating people on January 4th, 2021. Some non-E.U. countries already commenced.

Lockdowns in Germany and the Netherlands

While the Netherlands, one of Germany’s nine neighbors, just imposed a strict lockdown on the country because of rapidly rising infection numbers, Germany’s version of that measure will commence tomorrow. Most shops will be closed a week and a half before Christmas. At this time, some retail businesses usually make 25 percent of their annual turnover. But this is the least of the problems, the German government believes. The state will cover most losses.

The decision to go for a strict lockdown was taken because another exponential increase of Corona infections could not be prevented with a partial lockdown that had been in place since November 2nd, 2020. Apart from closed shops, the new Corona rules include tightened contact restrictions, an alcohol ban in public areas and a closure of schools and kindergartens. Saxony and Baden-Württemberg even put in place nightly curfews. (See separate feature ‘Germany: The New Corona Rules‘ for details.)

According to the Robert Koch Institute in Berlin, 14,432 new Corona infections were reported in Germany within 24 hours. Those numbers are usually lower on Sundays, Mondays and Tuesdays because not all local health authorities report their numbers on weekends. On Friday, 29,875 new cases had been reported. Five hundred COVID-19 patients died within a day. It is the third-highest number since the pandemic started.

Today, on the last day before the strict lockdown, stores in Germany will most likely be crammed, because people will be trying to purchase Christmas presents offline as long as they can. Non-vital shops will not reopen before January 11th, 2021. The lockdown might even be prolonged if the result is not satisfactory again. Considering the situation and the failures of the past weeks, a prolongation seems likely, from today’s perspective.